A top of the table clash is on the menu of the Chinese Super League action this week, as Shandong Taishan take on Guangzhou at the Tianhe Stadium.

Guangzhou were involved in a 3-3 thriller against rivals Guangzhou City in the recent match. The team are unbeaten since the break. Shandong Taishan picked up a second consecutive league victory after beating Chongqing Liangjiang with a 3-1 score.

Guangzhou to win the game

Guangzhou have had a strong record over Shandong Taishan in home matches, but it is obvious that the visitors carry better momentum coming into the game. Shandong Taishan have picked up back-to-back league wins following the surprise goalless draw against Guangzhou City. However, the primary points for Shandong Taishan in recent matches have been against teams in the lower half. Guangzhou will be difficult to get past with home advantage behind them.

One common feature of the recent matches involving Guangzhou and Shandong Taishan in the Chinese Super League have been the occurrence of many goals. In the last five home matches, Guangzhou have witnessed over 2.5 goals in four matches. Shandong Taishan are offensively a confident bunch after getting five goals in the last two matches.

Guangzhou could jump to the top of the table with a positive result against Shandong Taishan but it is easier said than done for a team who have had several dropped points in recent weeks. After restarting the campaign with big wins over strugglers, the recent local derby produced a wake-up call for Fabio Cannavaro’s team. It will be difficult to look past Guangzhou’s impressive unbeaten run which is now at six matches.

Shandong Taishan are unbeaten in the domestic campaign and the defending champions will be quite confident about extending the streak if they get past the upcoming game against Guangzhou. The team has not been prolific throughout the campaign, but they have had the best defence by a significant margin.

Questions about Guangzhou vs Shandong Taishan 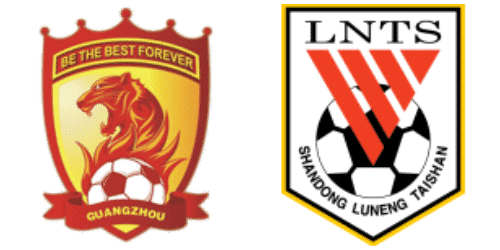