This preview looks into the Chinese Super League meeting between Guangzhou, who are coming on the back of a disappointing AFC Champions League match, and Chongqing Liangjiang. The game will be held at the Tianhe Stadium.

Guangzhou had to suffer more disappointment with the team failing to win the game against Henan Songshan Longmen with the game finishing as a 1-1 draw. Chongqing Liangjiang, meanwhile, were unable to hold out for a draw against Qingdao after conceding a late goal to Liu Jian. The top tips for the game are:

Guangzhou are coming on the back of a dreadful AFC Champions League campaign in which the team only scored one goal in six group matches. Chongqing Liangjiang, meanwhile, are on terrible form when it comes to away matches with five consecutive losses. Their record against Guangzhou is equally bad with three losses in six. Apart from a home victory over this opponent, when they were reduced to 10 men, there has been little joy for Chongqing Liangjiang in this fixture.

Despite being very poor going forward in the AFC Champions League, Guangzhou continue to be a strong team when it comes to home matches in the Chinese Super League. This is demonstrated by the return of over 1.5 goals in four out of the last five games at the Tianhe Stadium.

One of the teams to score

Chongqing Liangjiang are certainly not the poorest team in the league when it comes to scoring goals, but Guangzhou have been quite solid at the back with just four goals conceded in the five games. The team’s last home game in the Chinese Super League saw them keep a clean sheet against Shenzhen.

Guangzhou have been able to get a decent set of results in the Fabio Cannavaro regime when it comes to home matches. The former Real Madrid icon has only suffered 21 losses in his Chinese Super League career. After the disappointment of the AFC Champions League exit, the domestic games take more importance for the team.

Chongqing Liangjiang are aiming to revive their away form which was quite good during the 2020 campaign. This has gone through a terrible slipup of late with the team falling to a string of losses on the road. This has been a primary factor behind team sitting in the bottom half of the CSL table.

Questions about Guangzhou vs Chongqing Liangjiang 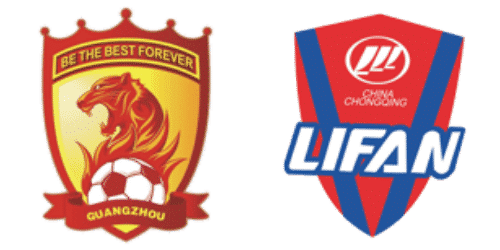