This is a Chinese Super League group A match between Qingdao and Guangzhou City at the Yuexiushan Stadium. Our preview will strive to offer the best betting tips by looking at various elements of the match.

Guangzhou City were beaten 4-0 by Chongqing Liangjiang in an away match and this was the first defeat by the team in six matches. Qingdao suffered a fourth consecutive league defeat, as they were comfortably beaten 4-1 by Shenzhen at home.

Victory for the Guangzhou City

Guangzhou City suffered a heavy defeat against Chongqing Liangjiang, but this happens to be quite a surprise result against the odds. Qingdao, meanwhile, have been one of the poorest teams in away matches and they have lost 10 out of the last 11 trips. Qingdao have also never beaten Guangzhou City in the four competitive meetings between the two clubs.

Qingdao have conceded a remarkable 14 goals in the fourth matches since the break. In return, they have been able to get only one goal. Guangzhou might have suffered a heavy defeat in the recent game, but they have enough quality upfront to take advantage of Qingdao’s troubles. Even if the visitors do not contribute much to the goals, this game will see a high turnaround of goals.

Qingdao to score less than 0.5 goals

The biggest failing of Qingdao after their defence would be their away record, which is nothing short of disastrous with nine losses in the last 10 matches. After having at least scored away goals last season, Qingdao have fallen to the stage where they are without a goal in the last four trips. Guangzhou will be keen on packing up the defence after conceding seven goals in the last two games.

Guangzhou City are in a position where they could further slip down the table if they do not improve results soon. The lack of wins in the last five matches has increased pressure on coach Jean-Paul van Gastel. There is a great need of three points against Qingdao, as Guangzhou immediately go into difficult matches against the likes of Shenzhen and Shandong Taishan.

Qingdao are just one point away from the bottom and they have been able to keep their heads above the water largely due to the struggles faced by Cangzhou Mighty Lions. It does not get any easier for Qingdao, who are up against teams like Shandong Taishan and Chongqing Liangjiang in the next few games.

Questions about Guangzhou City vs Qingdao 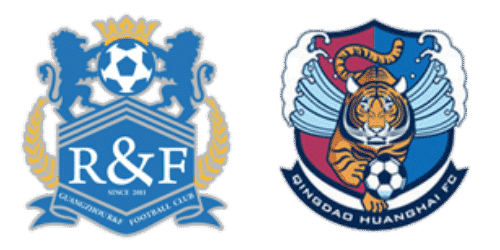 Which team is the favourite to win? Guangzhou City