This is the time of the famed Guangzhou derby and this preview will attempt to cover every aspect of this game, which will take place at the Yuexiushan Stadium.

Guangzhou come into this game in the best possible shape after beating strugglers Qingdao 6-0 in an away match. This is the second consecutive win for the team, while rivals Guangzhou City went through a 1-1 draw against Henan Songshan Longmen.

Guangzhou have been in excellent form since the restart. Apart from the drop with Henan Songshan Longmen, the team has displayed little weaknesses. Now that the distraction of the AFC Champions League is beyond them, Guangzhou will be fully focusing on the Chinese Super League games. They have an opportunity at a huge psychological advantage over their rivals Guangzhou City, who have been going from one mediocre result to the other. Guangzhou City are winless in four matches.

The disappointment of the AFC Champions League has been put behind quite brilliantly by Guangzhou, who has scored nine goals in the last two league matches. They have also scored over 1.5 goals in four out of the last five matches. The last six meetings between these two rivals have produced 25 goals.

The last two Guangzhou derbies have produced goals at both ends. If one of the teams has failed to score in this derby, it would have to be Guangzhou City, who have been at the receiving end of some big losses. This time around, home advantage coupled with decent form for their forwards should see goals at both ends.

Top Odds and Stats for Guangzhou City vs Guangzhou

Fabio Cannavaro has done an excellent job in keeping Guangzhou close to the top of the table. However, the job is not done yet, as the team needs to quickly recover from the AFC Champions League disappointment in which the team suffered a defeat in all six games. Guangzhou are just one point away from the top and they have done extremely well in terms of their offensive play.

FAQs about Guangzhou City vs Guangzhou 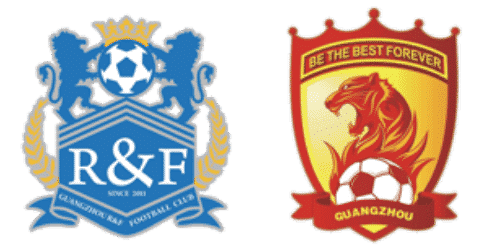