Let's check out the latest betting tips, prices, and predictions about the Grimsby vs Morecambe fixture on Tuesday. You can also check out other League Two odds on our page.

Below, we have listed the top free betting tips after looking through all the available football statistics and data.

Our recommended bookmaker for this match is Ladbrokes. Remember to double-check all betting odds before you place any bets because they tend to change frequently.

Both Teams to Score During the Match

In the last ten League Two games for Grimsby 70% of them both clubs have scored, and for Morecambe, it's sixty percent out of the last ten games played. Another fact is that the last time the teams faced each other there were goals scored by both of them.

In the tables below, you can see all the recent matches for both clubs and how they performed, including the scores.

Morecambe, who is currently at number four in the League Two table, will play against Grimsby, who are 100% getting relegated to the National League. We don't believe that the match will be hard for the Shrimps. Morecambe's center-forward Jordan Slew is out with a Fibula fracture until the end of June. They also have four players at risk of suspension, who each have four yellow cards.

Grimsby doesn't have any injured players, but they do have two players with four yellow cards, which may be at risk of suspension for future games. Morecambe is a step away from automatic promotion to League One, so if they get their bearings and the points they need, they might just take Bolton's place in the table. 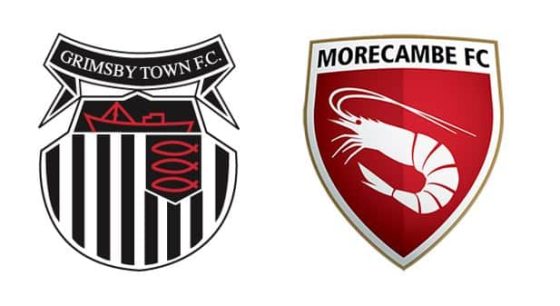 Frequent Questions Regarding Grimsby vs Morecambe