For 45 minutes, Liverpool fans and Jurgen Klopp must have feared the worst. Goalless at home against Middlesbrough, it was a scene they had all seen before.

With Arsenal winning, a top four place in the Premier League looked to be slipping out their grasp until Georginio Wijnaldum, Philippe Coutinho and Adam Lallana sealed a vital second half victory.

That potential group stage place opens a new door of possibilities for the Anfield club, but also highlights the one position they need to strengthen in the summer.

Liverpool’s need for a striker

I've been flipped. Liverpool need a consistent, top striker in the summer if they're to challenge for the title.https://t.co/CBXqhJozdy pic.twitter.com/rpj63jtWCQ

As previously discussed, despite the success of Roberto Firmino, Sadio Mané and Coutinho, the time has come for the Reds to find a reliable, consistent and deadly striker to upgrade their attack.

Klopp is no stranger to this type of player, it was his transformation of Pierre-Emerick Aubameyang, that gave Borussia Dortmund the star they have today.

The Gabonese forward became that forward who could score 25 goals in all competitions. It’s commendable that Liverpool are not reliant on just one forward, but add that type of marksman to their squad and they have a chance of competing on all fronts.

When you are struggling at home against a tight defence, or just need someone to put the ball in the net when opportunities are at a premium, you need an Alexis Sánchez, a Diego Costa, someone like Edinson Cavani.

Liverpool in the Griezmann conversation 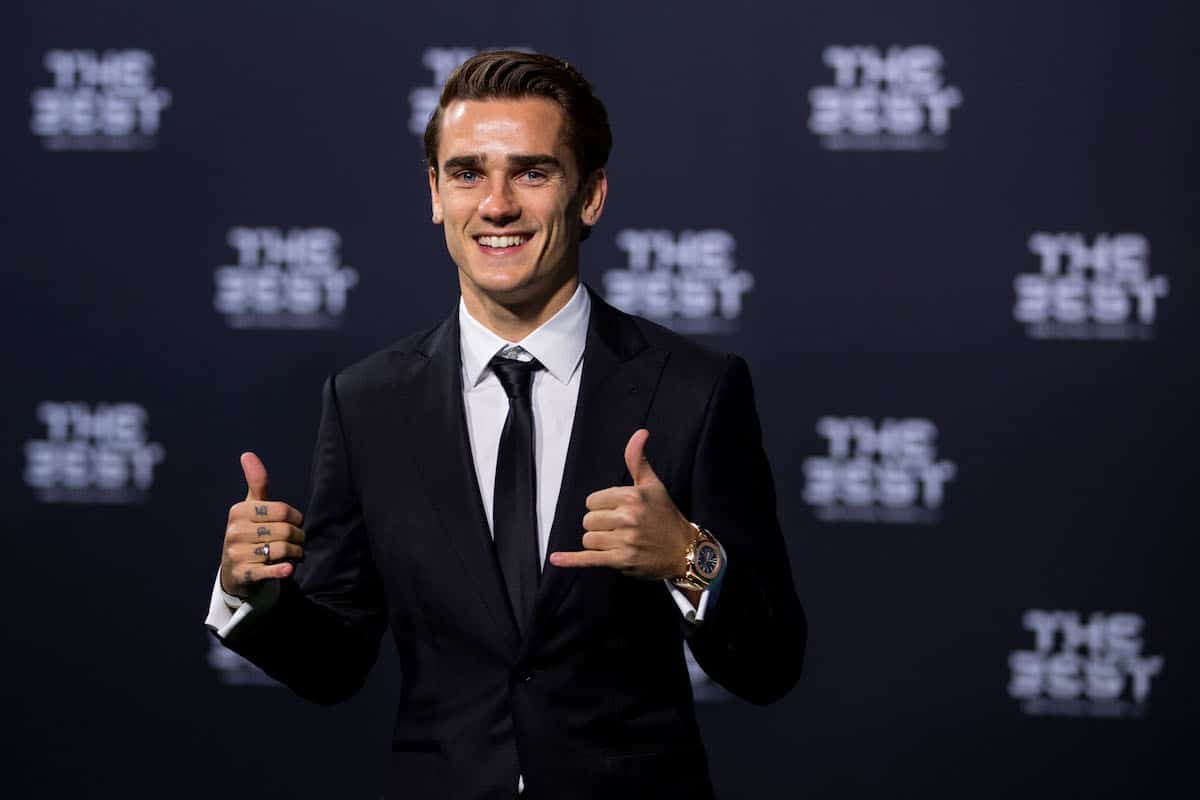 One player that looks to be on the move this summer is Atletico Madrid’s Antoine Griezmann. Highly linked with a summer transfer to Manchester United and Chelsea, with their possible place in Europe’s elite competition, there’s no reason that Liverpool shouldn’t be in the conversation.

“Today, if I have to move, it will not be a problem for me,” he told French newspaper L’Equipe. “It may be England, which is in fashion, Germany, China or the United States, I'm ready to go.”

The French international who scored 26 goals in all competitions for Atletico this season, added: “I want to win titles.

“We finished third in LaLiga, it was the objective of the club, but we, the players, want more.

“Winning titles is what I will look for this summer when deciding on my future.”

Speaking to LFC TV this week, Dean Saunders mentioned Griezmann as a possible target and believes that if a move to the Premier League is on the cards, Klopp will be on the phone to the 26-year-old.

“I mentioned Griezmann and Liverpool will be on his list now,” he said.

“He will have a conversation with them if he’s coming to England.”

One major issue will be his €100million release clause. The Fenway Sports Group want young player, talent that can make the next step at the club, but according to the Liverpool Echo, they are reportedly planning to back their manager to the tune of £200million.

That also puts them in the window for Kylian Mbappé, but experience could trump the young superstar, plus, he doesn’t look like he’s ready to move any time soon.

Also, what falls in Liverpool’s favour is Atlético’s want for half of his release clause to be paid in one lump sum and then the rest in instalments over the course of his contract – something that apparently goes against how United do their business.

A potential move for Griezmann and rumoured target, Virgil van Dijk would wipe out half of their budget up front, but when you want to challenge the elite, it’s quality over quantity.

After the criticism that Paul Pogba has received since his £89million move to Manchester United, teams will be wary of going big ahead of next season, but with the increased TV deals afforded to Premier League clubs, there will come a point soon when deals like these are more and more commonplace.

Is Griezmann worth Liverpool’s money?

Developed at Real Sociedad as a wide player, it was after his move to Madrid and Diego Simeone’s influence where Griezmann transformed into a centre-forward.

Even for his country, rather than playing on the left or the right, his superb performances at Euro 2016 came playing just off the front man in a 4-2-3-1 or 4-4-1-1. Last season he scored 22 league goals in 38 games, adding six assists and this term, following a shaky start, he finished with 16 in 36, plus another eight assists.

5 – Antoine Griezmann has scored against 26 of the 31 different La Liga teams that he has faced in the competition. Class. pic.twitter.com/QQXmdY1w9A

What the 26-year-old adds is a top-class finisher, superb movement and an ability to create something from nothing.

Against Real Madrid at the Santiago Bernabéu, when the away side pick up possession in the final third, Griezmann is the furthest forward, playing through the middle. 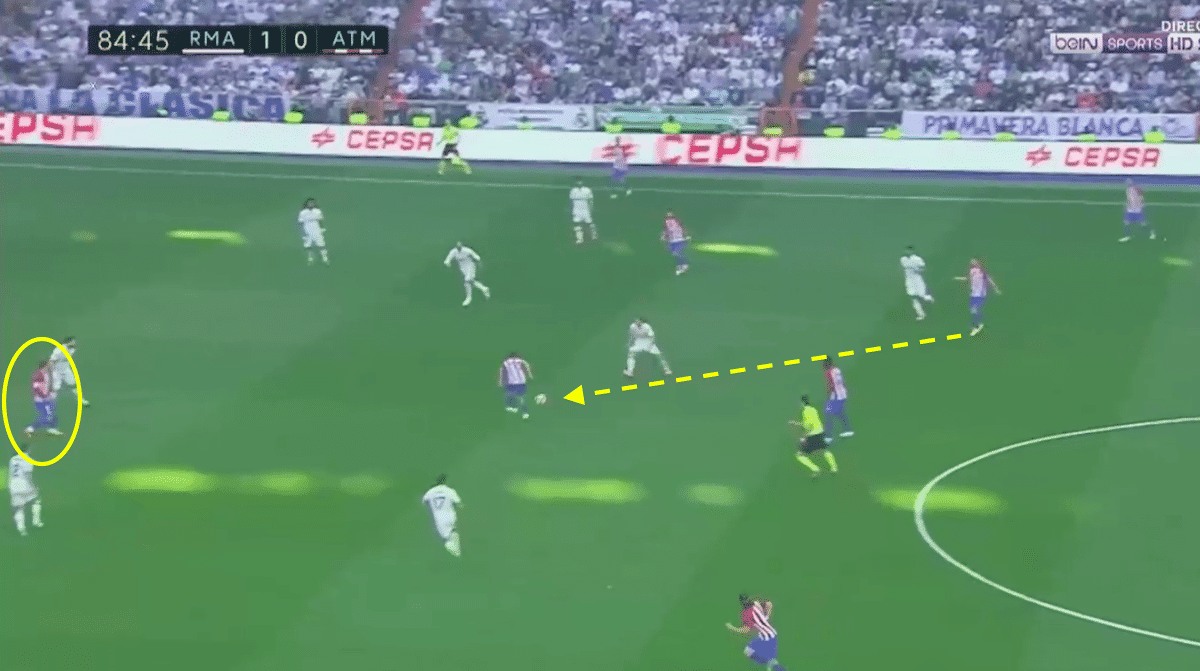 As soon as his team-mate looks up, the striker is quick to make his move, sliding off the shoulder of Sergio Ramos, Dani Carvajal can’t react and the French forward is free to finish with his left foot. 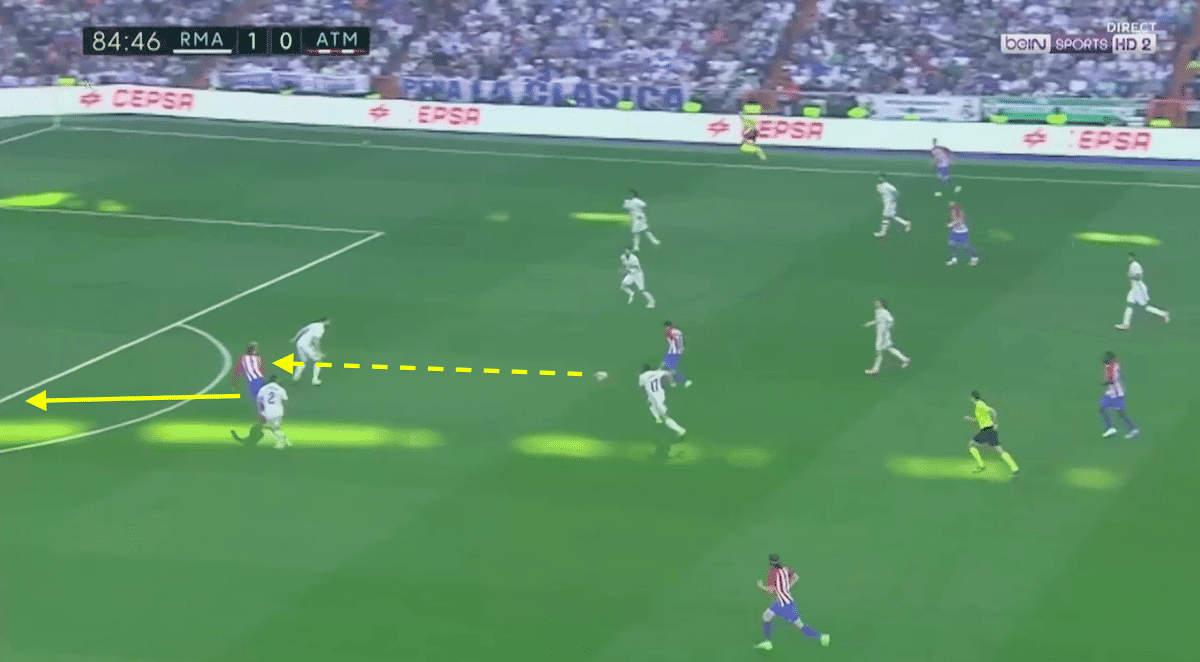 Simplistic in its construction, it’s nothing without Griezmann’s movement and instinct.

With his background of playing wide in a three-man attack and centrally in a two, he offers Klopp options. It would allow the German to play Coutinho a little deeper, give the Brazilian time and space to create and leave the Frenchman to either play as No.9, or just to the left off Firmino.

Phil Coutinho in midfield next season please. Pulled the strings for us in the last two matches and we've scored seven goals. pic.twitter.com/2wHBBe5Khx

Regardless of where you play him, the striker now has the instincts that make him get into the positions to score goals. 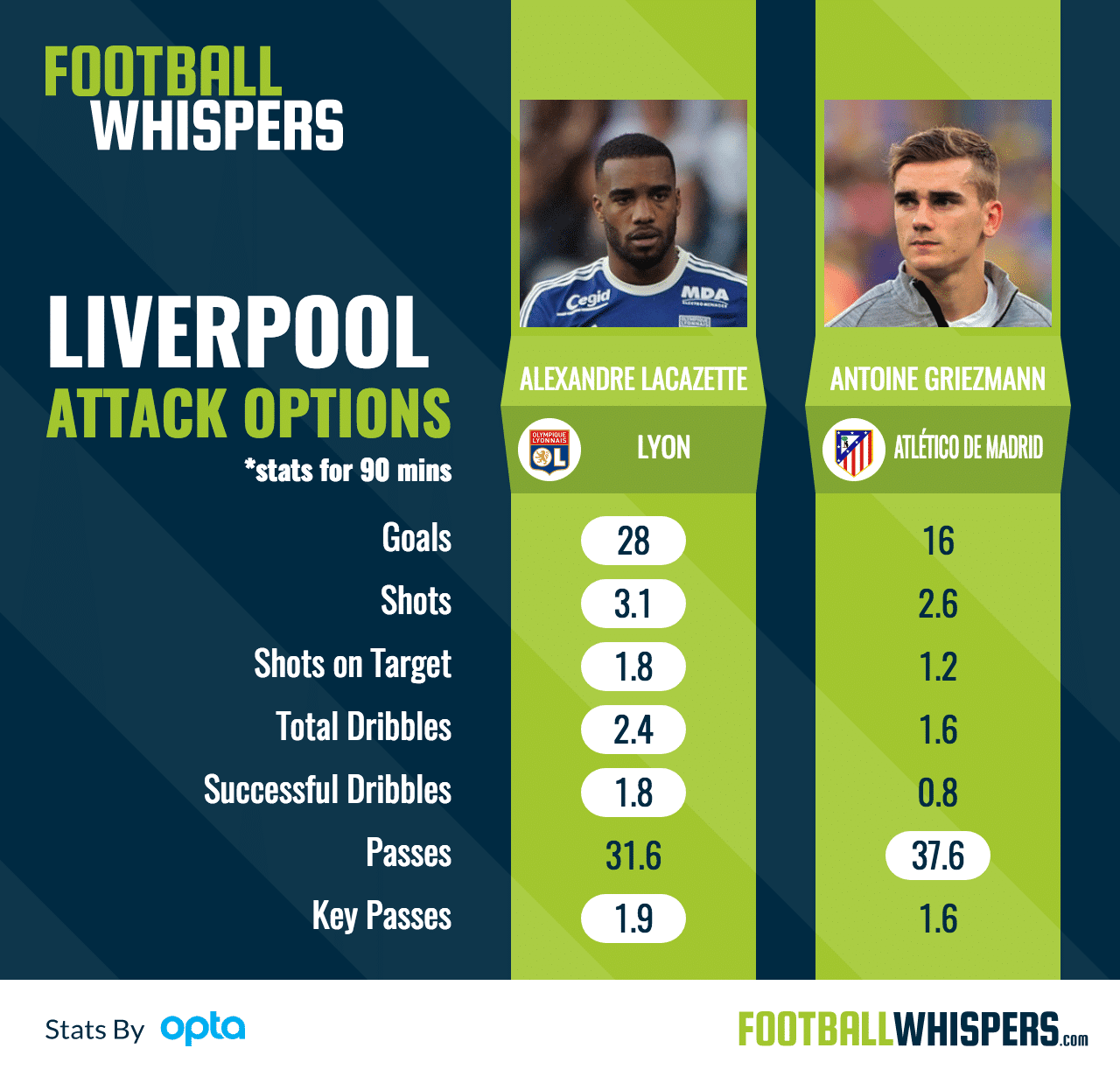 The other name that should be in the mix is Lyon’s hot-shot, Alexandre Lacazette. The fellow Frenchman is also ready for a move and it’s all but decided that the 25-year-old will leave Ligue 1 this summer.

His double against Nice on the final day of the season took his league total to 100 for his league career. An amazing achievement for someone who also started as a winger.

Similar to Griezmann, Lacazette can do it all. He has the ability to play off the shoulder of the last defender, drift wide and hit teams with pace and movement, but can score from anywhere in the final third.

You can see his excellent touch and imagination that made him one of Europe’s most wanted.

The Lyon striker can do everything Griezmann can as shown above, able to finish with both feet, although stronger on his right, one attribute in the younger forward is his speed with and without the ball, it is perhaps a little faster than Griezmann.

Lacazette seems set on a move to Atlético, he hopes to play with his countryman, not replace him, but everything depends on the Spanish club having their transfer ban lifted.

If that doesn’t happen, Liverpool would be able to turn their attention to the OL man.

Lyon president, Jean-Michel Aulas, will be looking for around €60million for his crown jewel, close to what teams will have to pay upfront to land Griezmann. It remains to be seen if you could convince the French club not to demand 100 per cent of the fee in one go.

For Liverpool, Lacazette fits the brief just a little more than Griezmann, plus, he will end up cheaper, with more sell on potential in three years.

Either player is a superb option for the Reds and would give Klopp the clinical forward he desperately needs. Lacazette should top the list, but everything will depend on money and Liverpool might not be able to pass up the chance to beat their Premier League rivals to a huge transfer coup.