“We’ve known since March where [Antoine] Griezmann will play: Barcelona.”

Atlético Madrid CEO Gil Marin revealed this to Movistar on Wednesday. Griezmann to Barcelona always felt inevitable. Even after the World Cup winner rejected their advances last summer to stay with Los Rojiblancos.

When Barça set their sights on someone, they do whatever it takes to get them. The La Liga champions, with Griezmann in their ranks, now look more fearsome than ever. At least on paper.

They've weakened a rival and strengthened their squad. Some might say it's the perfect transfer for the Blaugrana. But Barcelona have been here before. They've added a star to their ever talented squad in the past only for them to fail to live up to the hype.

And those who do deliver get sucked into the Barcelona black hole known as Lionel Messi propaganda. It's difficult to escape it. Many have tried. Few have succeeded. How will Griezmann be any different?

Zlatan Ibrahimović, Alexis Sánchez, Neymar and Philippe Coutinho have all suffered in different ways because of the famous No.10.

Messi is a unique talent. And Barcelona haven't just built teams around him, they've built a dynasty.

The problem, however, comes as the game changes, and as Messi becomes older and redefines his style. It has an impact on all of those around him; they're all expected to change to accommodate him.

To Barcelona – and it's easy to understand why – Messi's happiness is all-consuming.

In his autobiography I Am Zlatan, Ibrahimović confirmed this: “It started well but then Messi started to talk. He wanted to play in the middle, not on the wing, so the system changed from 4–3–3 to 4–5–1. I was sacrificed and no longer had the freedom on the pitch I need to succeed.”

Sánchez did well for Barça but his best season, 2013/14, arrived during the campaign Messi struggled with numerous injuries and he was out from the Argentine's shadow. It's no coincidence that this happened with the team having to move away from their reliance on their No.10.

Neymar was the heir to Messi. He was a star at the Camp Nou and at times even upstaged his legendary team-mate. Yet the focus remained on the poster boy of this great Barcelona side.

This was reportedly a driving force in the Brazilian's decision to move to Paris Saint-Germain. It was his belief that he'd never win the Ballon d'Or if he was in the shadow of the five-time winner. 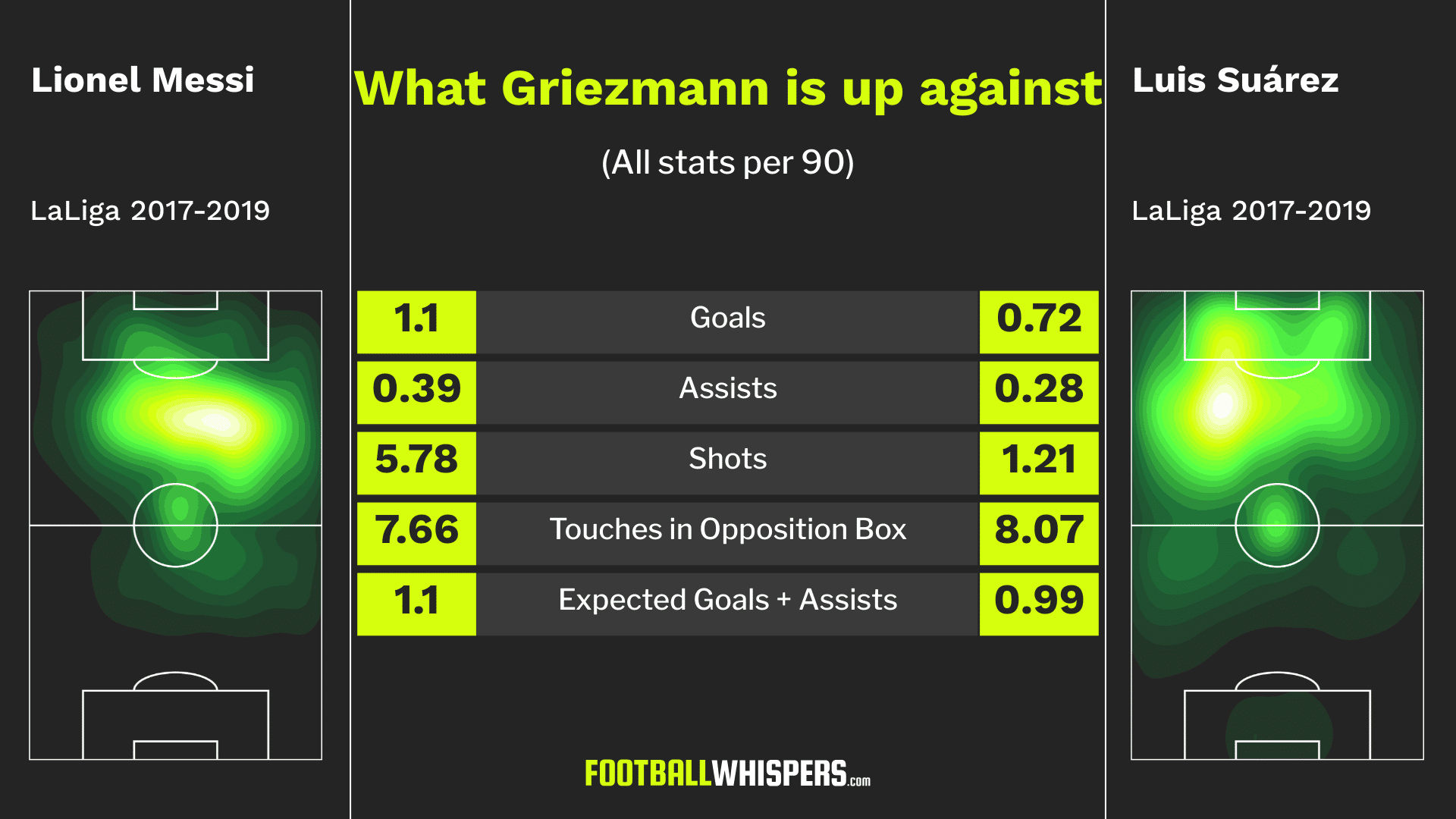 The world's most expensive player has a point. During Barcelona's famous 6-1 triumph over PSG, he was the driving force. He scored two in the space of three minutes and then assisted Sergi Roberto's 95th-minute winner. Yet praise for Messi continued to dominate.

The way in which Barcelona aggressively pursued Coutinho suggested they had a plan in place for the Brazilian. After failing in the summer, they returned in January with an eye-watering bid for the Liverpool No.10. Not only did they agree to pay a potential £140million for the former Inter man, but they also signed off on paying a €100million premium for any other Reds player in the next two years.

Barça went to such lengths to get their man only to realise they didn't actually have a role suited to him.

Manager Ernesto Valverde doesn't see him as a midfielder. As a left-sided forward he was unstoppable for Liverpool, but at Anfield he was given the freedom to drift inside. At Barcelona, he isn't. With Messi dictating things from a central area more often than not, Coutinho is marooned on the left.

He’s having to tweak his natural game and, in turn, it’s having an impact on his performances. For a player who is so unpredictable when in possession, he makes things a lot more predictable for this Barça outfit.

The same thing could happen to Griezmann.

Though they play in different systems the Frenchman and Messi share a number of traits stylistically. Unless we see another evolution to the Barcelona No.10's game next season, Griezmann will be the one forced into adapting. All while fitting into a new team playing a new style.

That isn't to suggest the 28-year-old won't be able to, but it's a monumental ask. Not only that, why spend another £100million on a player who will have to tweak his style to suit what you have planned for him?

It didn't work for Coutinho. There's no guarantee it'll work with Griezmann. 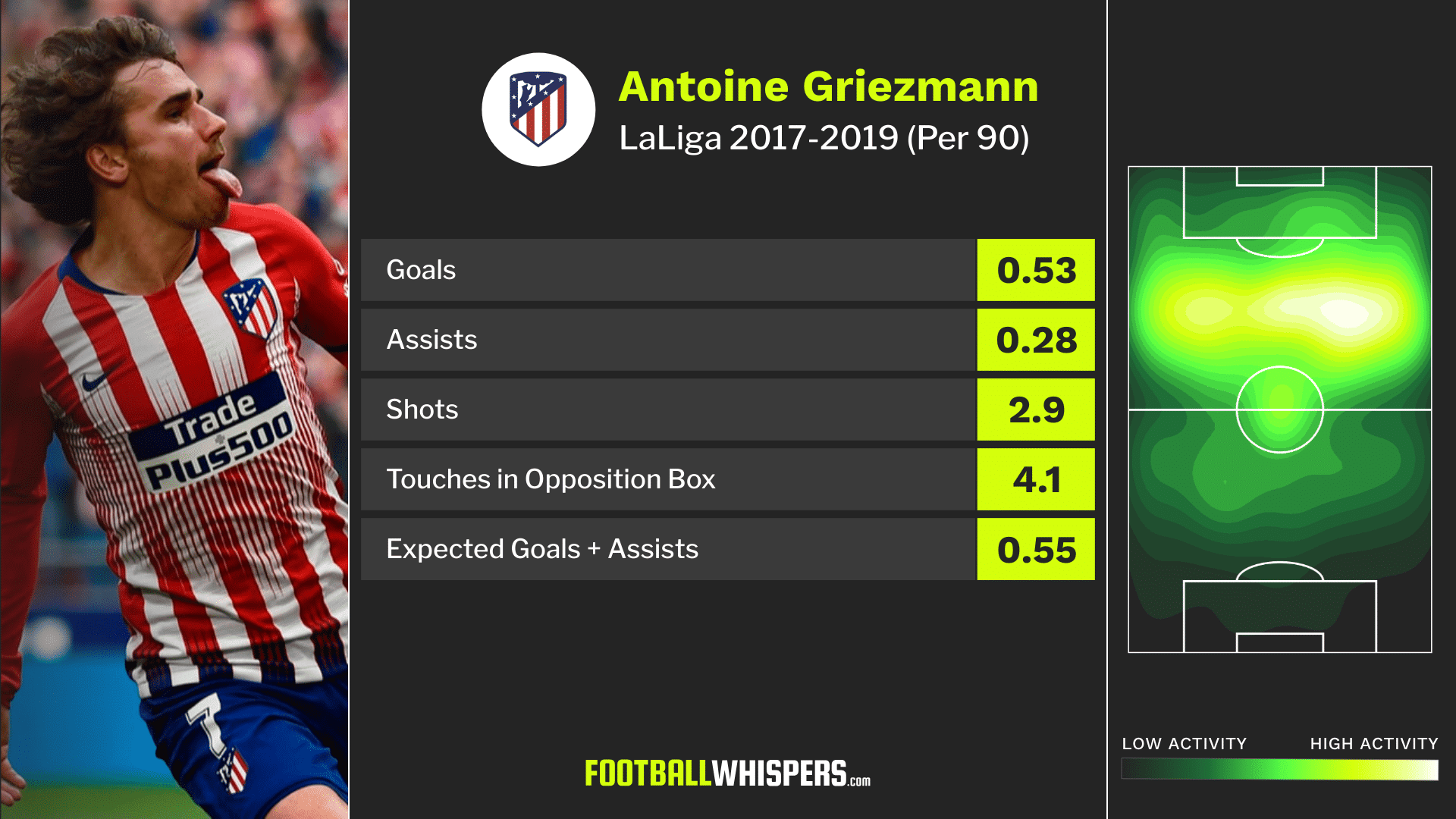 The Atleti star operates in similar areas of the pitch to Messi, as evidenced by the heat map. Of course, his stats will likely spike given he's now playing in more of an attacking team. But the French international's style will likely remain the same.

Even when playing as a centre-forward he likes to drop deep. He's usually the one exploiting the space and not creating it.

It'll no doubt be interesting to see if Barcelona are able to craft a functional strike force out of the players they have or whether the Messi graveyard will claim another body.