Round 8 of Bundesliga action brings together the two promoted outfits. Interestingly, both sides find themselves at the bottom of the points table, their defence failing while their attackers firing blanks on a consistent basis.

Here are our predictions for Greuther Furth vs Bochum.

Promotion to the German top-flight football has not been kind to Bochum and Greuther Furth fans. The new boys on the block have suffered five and six defeats, respectively. We are predicting an increase in the tally for the Cloverleaves despite their home advantage. Die Unabsteigbaren managed to get the three points on their last trip to the Sportpark Ronhof Thomas Sommer and we are backing a similar result this time around.

The profligate Wolfsburg and Bielefeld were restrained in their approach against Greuther Furth with the match concluding with Under 2.5 total goals. For Bochum, a similar tale is told as four of their eight competitive fixtures have seen at least three goals during the 90 minutes of regulation action. We expect this match to follow suit, which is further backed by H2H history in which five of their last six duels have seen this come to fruition.

Whenever Bochum and Greuther Furth have gone against each other in recent history, goals have flown in either direction. Only twice in nine matches has it not come to fruition. With both sides failing abhorrently in keeping clean sheets this term, we are expecting to see goals on either end of the pitch in this meeting. With just four and five goals scored by Bochum and Furth, respectively, this should also allow their strikers some confidence.

Greuther Furth vs Bochum: Check out the best odds and the latest stats

Match Preview of Greuther Furth vs Bochum: Six-point affair in the relegation battle

Greuther Furth started the campaign with a 5-1 defeat to Stuttgart and have not recovered their confidence ever since. They find themselves at the bottom of the points table with just one point to show for from their seven league outings. It will be interesting to see how they recover against fellow promoted Bochum, who won on their last trip to Sportpark Ronhof.

Thomas Reis will understandably fancy his sides charges with the knowledge of their last win against them fresh. However, he will do well not to read too much into the result as the circumstances have greatly changed in the seven months since. Both sides were fighting for promotion then but it is their survival instincts that have kicked in now.

Questions About Greuther Furth vs Bochum 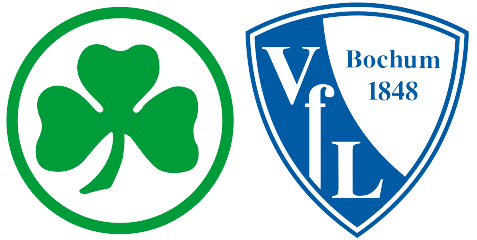 Who are the players to watch out for? Branimir Hrgota (Greuther Furth) and Anthony Losilla (Bochum).

Where is the game being played? Sportpark Ronhof Thomas Sommer .