Celtic’s search for a left-back to replace Kieran Tierney has spanned Europe.

The Bhoys have been linked with various players from across the continent in recent weeks but the latest name is one closer to home: Kilmarnock’s Greg Taylor.

The 21-year-old came to prominence last term as he helped Killie claim an unlikely third-place finish in the Scottish Premiership. Already capped by Scotland, Taylor has also been named in the squad for the upcoming matches against Russia and Belgium.

German side Nürnberg had a £500,000 bid turned down earlier in the summer with Kilmarnock looking for close to £3million for their left-back.

Reports initially claimed Celtic weren’t prepared to meet that figure but with reported interest from League One side Sunderland, the Bhoys are now pushing to complete a deal.

Birger Meling was also on Celtic’s wishlist but interest appears to have died down. The sole object of the Scottish champions desire seems to be Taylor and the £3million valuation doesn't seem unfair.

The full-back doesn't have the same experience as Meling but he knows the league and, though it's often overstated, the adjustment period needed in a key area is something teams can do without.

That is especially the case when back-up full-back Boli Bolingoli-Mbombo is also having to come to terms with a new league, country, and club.

Opting for Taylor ahead of Meling makes sense from that perspective. On paper, he seamlessly adapts and gives Celtic a reliable presence on the left side of their defence.

The 21-year-old might not be in Tierney's league just yet but the potential is there. 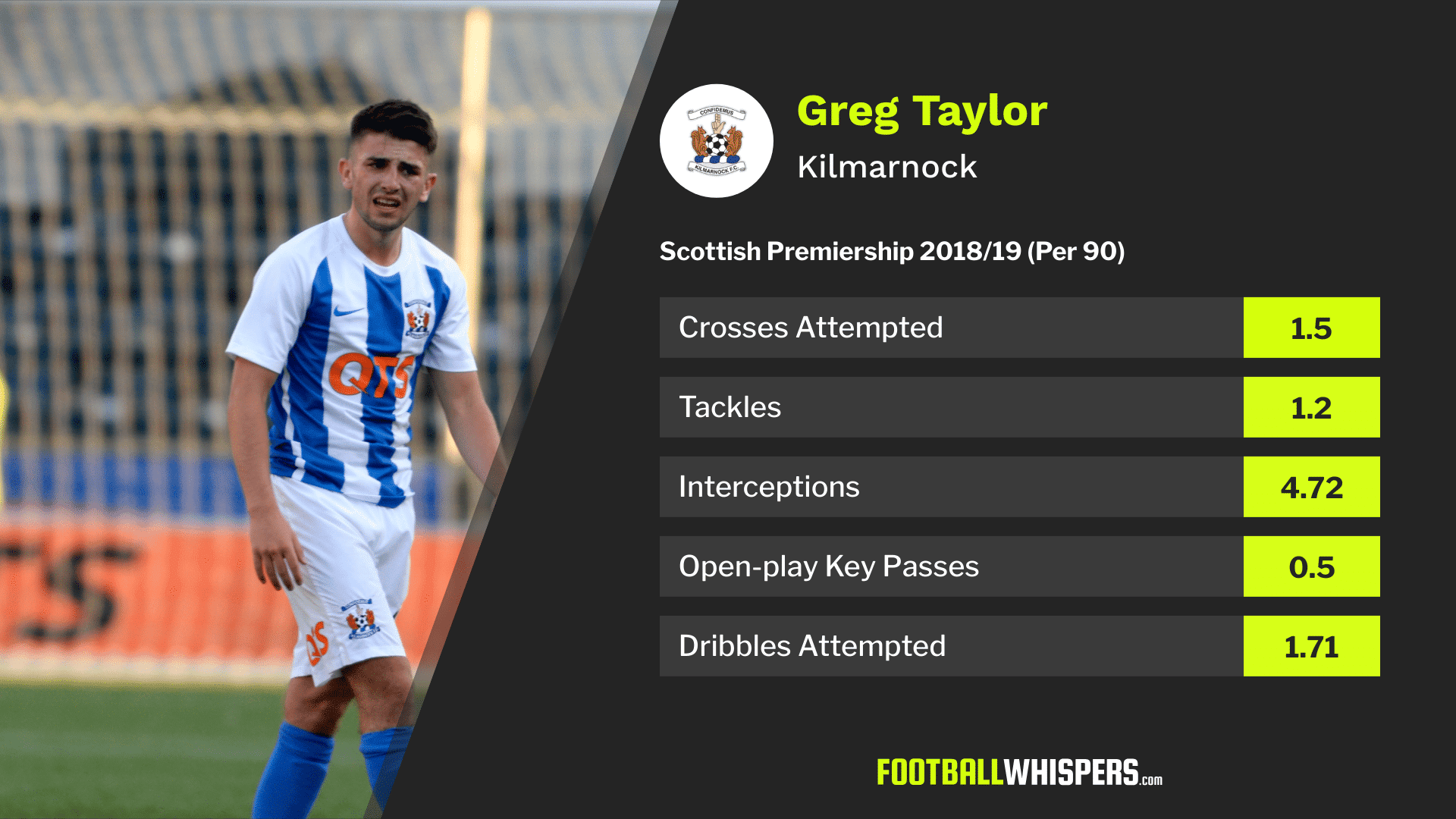 If Taylor is to replace the influence the £25million Arsenal man had he's going to have to increase the number of crosses he attempts on a per 90 basis. It's part of how Celtic attack – or at least it was last term – and removing it makes the Bhoys more predictable down the flanks.

But this could be down to the team he was part of. Killie weren't as dominant or as prolific as the champions. They created fewer chances in general so it's expected that their left-back isn't really that creative.

The team's style will impact dribbles attempted, too. Whereas Tierney may have been encouraged to carry the ball forward, it wasn't required of Taylor. However, given he is fairly comfortable in possession, he should be able to add that side to his game. 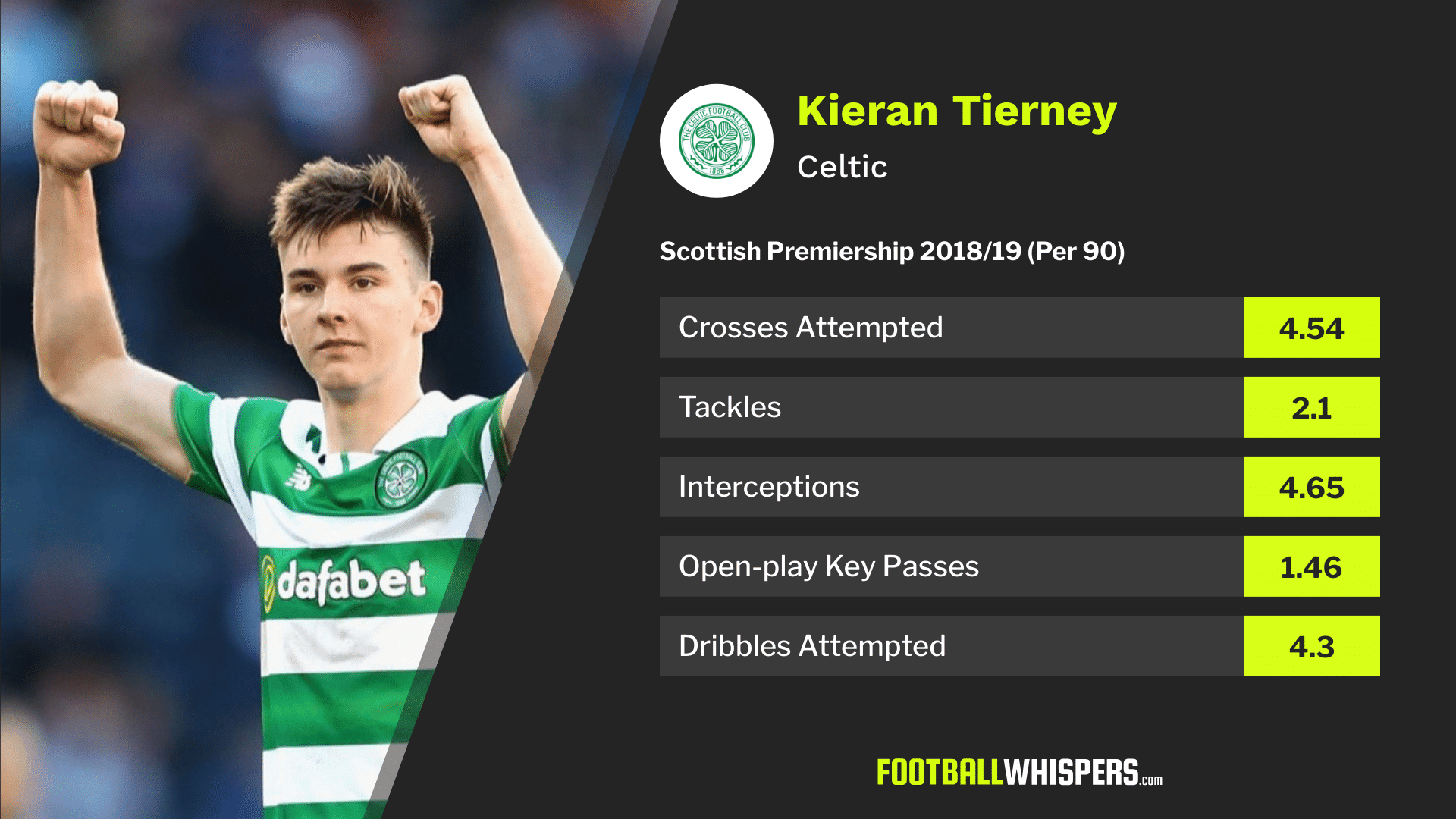 He's diligent in his defensive duties, reading the game well and not being afraid to get stuck in. That sort of attitude will see him fit in well at Parkhead.

At 21 there's a lot of room for Taylor to develop but the traits are there already for Celtic to harness. In a commanding and controlled team like Celtic, he could become one of the best left-backs in the business.

They managed to turn Tierney into a £25million-rated full-back, there's no reason the club couldn't have a similar influence on his progression.