Group B hopefuls Greece and Sweden meet in a World Cup qualification tussle on Wednesday. Read our free predictions and find the latest odds for the game below in our detailed match preview.

Wednesday’s qualification clash between Greece and Sweden pits two defences that rarely keep clean sheets against each other and we’re tipping both teams to score in Athens as a result. 100% of Greece’s last seven assignments produced goals at both ends, while BTTS has also landed in five of Sweden’s last seven fixtures.

Sweden became the first team to beat Spain in a World Cup qualification fixture since 1993 when they beat La Roja 2-1 last Thursday and with their confidence topped up, we’re backing the Blågult to prevail in Greece. The hosts looked unimpressive when they drew 1-1 against Kosovo last time out and the Ethniki could struggle again against a superior Swedish outfit.

Generally speaking, it doesn’t take long for things to heat up in matches involving Sweden. In eight of their last ten fixtures, at least one goal has been scored before the 33-minute mark, indeed, in three of their last four matches, the net has rippled inside ten minutes. At close to evens, we’re tipping a goal to be notched inside 33:00 minutes in Athens based on that compelling record.

Greece vs Sweden preview: Confident Sweden on a roll

With three stalemates from three Group B matches, Greece at the section’s draw specialists so far, though John van ‘t Schip’s men could lose their unbeaten record when Sweden visit the Olympiako Stadio Spyros Louis later this week.

Sweden performed brilliantly to beat Spain in their last qualification test and became the first team to oust La Roja in a WC qualifier for over 20 years. The Swedes maintained their 100% start in Group B with that impressive victory and Janne Andersson’s charges can take a firm grip on their destiny with another positive result in Greece. 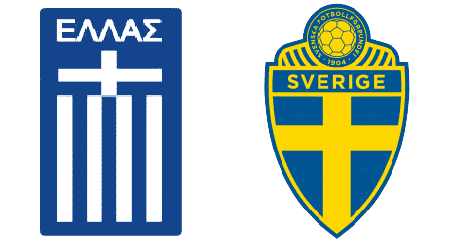 Wednesday’s game will be played at the Olympiako Stadio Spyros Louis.

Have these teams met before?

The teams last met back in 2008 when Sweden beat Greece 2-0 in the Group Stage of the European Championship.