Asante Kotoko have been close to irresistible this season. Will that continue here? Find out with our Great Olympics vs Asante Kotoko match preview with free tips, predictions and odds mentioned along the way.

Accra Great Olympics are not exactly enjoying their best form right now; they've won just one of their last seven games, with two draws and four losses. On the other hand, Asante Kotoko have been the best team in the country; they just won a record 25th league title, having lost just five games all season. It's also fair to point out that Asante Kotoko have been the best road team in the Premier League; as they've lost just twice in 15 games away from home. All things considered, we believe Asante Kotoko will win this match.

Asante Kotoko have had the best defence in the Premier League this season; they've only allowed 19 goals so far, no team has allowed fewer goals. Due to their solid defence, Asante Kotoko's games usually don't feature goals at both ends; at least one side blanked in three of their last five games. In the same vein, Accra Great Olympics have not been very consistent when it comes to finding the net; they failed to score in three of their last six games. At least one team did not score in four of Accra Great Olympics' last six games. On that note, one of these teams should keep a clean sheet.

Asante Kotoko can keep easing towards the title with a win

Great Olympics have had a rather bog standard season and welcoming the top side, Asante Kotoko, is hardly a game that's likely to give them too much to cheer about. That said, if they put in a good performance then the home fans will take great delight in it. Let's see how both sides are likely to set up.

A quickfire FAQ on Great Olympics vs Asante Kotoko 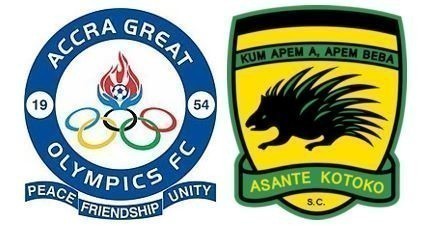