Watford have already been on the wrong side of the law of the ex this season – Ashley Young‘s superb brace for Manchester United securing a 4-2 win over his old club recently – but on Saturday Andre Gray will be desperate to show previous employers Burnley what they're missing when the two sides meet at Turf Moor.

While Richarlison has stolen the headlines at Vicarage Road this season, Gray was Watford's biggest signing, coming in at a club-record £18.5million. Although the fee is largely immaterial given the staggering spending power available to Premier League members, the title of club-record signing can weigh heavy.

After scoring the third in the 3-0 triumph at Newcastle United at the end of November, Gray was replaced by the free-from-suspension Troy Deeney with Watford trailing Manchester United 3-0 last Tuesday. The Hornets' skipper converted his second penalty of the season to spark a brief fightback and was given the nod by Marco Silva for Saturday's 1-1 draw against Tottenham Hotspur.

But only one man should be leading the line at Turf Moor on Saturday – Gray. The former Brentford striker will be hopeful of getting the nod against Burnley, the club who sold him in the summer and reminding the fans who used to support him why he commanded such a large fee.

But there is far more to it than sentiment alone. Tactically it makes most sense too. The Clarets, under former Watford manager Sean Dyche, are enjoying a superb season. Flying high in seventh, they are three points above Gray and Watford having beaten Chelsea and Everton and drawn with Liverpool and Tottenham.

They have done so by being organised, disciplined and having a tactically astute manager who has built a side greater than the sum of its parts. Most impressively, they boast the third-best defensive record in the Premier League, conceding just 12 times in 15 games. Only United (9) and Manchester City (10) have let in fewer goals.

This was never anticipated. Not even the most ardent Clarets fan would have predicted such a fine showing. Especially when Michael Keane moved to Everton in a £25million deal, soon followed to the exit door by Gray.

But – and not for the first time – Dyche has plugged those gaps brilliantly. The £15million capture of Chris Wood from Leeds United has been a success up front while, at the back, James Tarkowski has stepped up from the bench to partner Ben Mee at the heart of Burnley's seemingly water-tight rearguard. Talk of an England call-up for Tarkowski – a team-mate of Gray's at Brentford – cannot be far off.

Of all the centre-backs to make ten or more Premier League starts this season, Tarkowski has registered the seventh-highest number of tackles per game (1.7). He is also seventh for interceptions (1.7) and clearances (8). Defensive partner Mee is also in the top 20 in each of those categories.

It might not be a style of defending which meets with Pep Guardiola's approval but Burnley are effective. By sitting deep, soaking up the pressure and frustrating their opponents, the Clarets have become one of the Premier League's toughest nuts to crack.

That is where Gray comes in. The 26-year-old is the only one of Watford's three senior strikers with real pace. Deeney – when he gets up to top speed – is more like a steam train coming at you while the exiled Stefano Okaka is as likely to win a 100m dash as he is start in Lancashire on Saturday. Not very.

What Gray's pace allows Watford to do is stretch and get in behind Burnley. That is where Dyche explicitly tries to stop teams operating. His defence is built to be difficult to get in behind, forcing opposing teams to shoot from distance. This term the Clarets have faced 123 efforts from outside the box. Watford, for context, have faced just 65 – almost half as many.

And it works both ways. Gray's shots from open play in the last two seasons, courtesy of Understat, outline the importance of the forward getting in behind as all but a handful of his shots since 2016 have come from inside the box while all of his goals have. 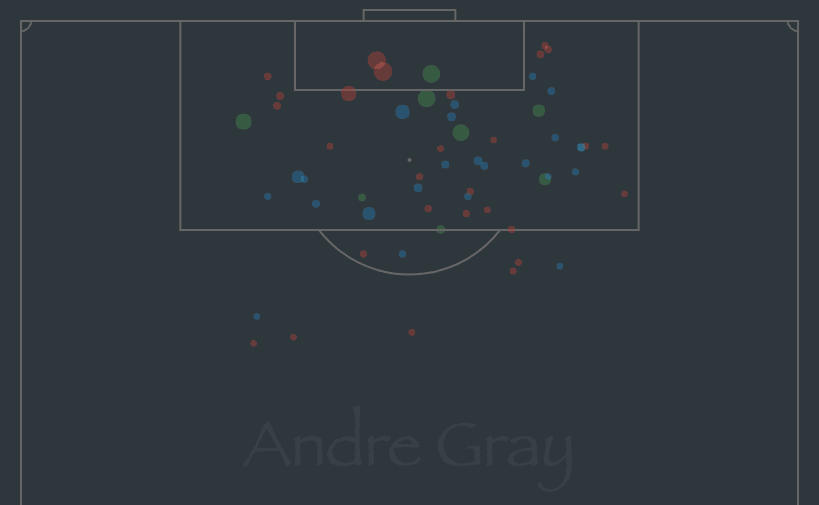 Deeney, meanwhile, has taken far more shots from open play from outside the 18-yard box in the last three Premier League seasons though, like Gray, he has yet to register a goal from that range. 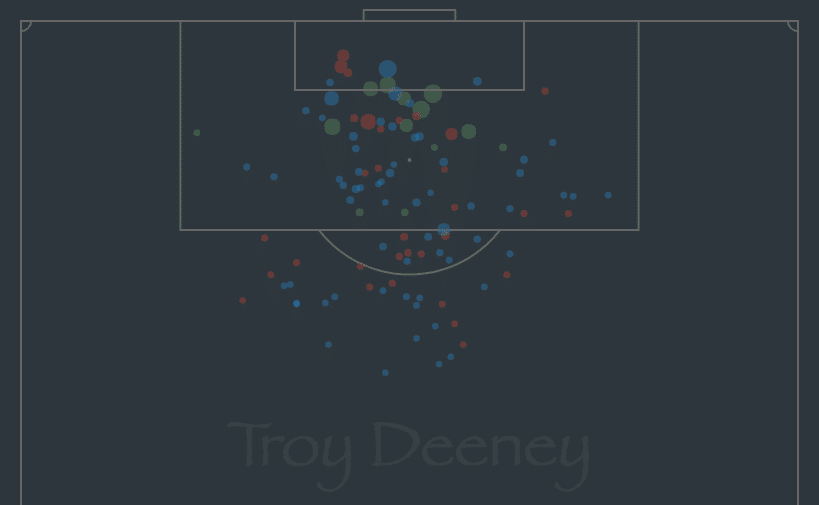 But Gray's role at Turf Moor will not be limited to getting in behind and trying to score himself. If Watford are successful in getting the service to the former Burnley man in the right areas, he will be able to open up further space for the pace of Richarlison and Kiko Femenía to exploit.

The duo have the speed and directness to cause the Clarets' defence problems. Equally, if they get in behind and get Burnley on the back foot, Gray should be the one to profit.

While Watford don't quite have the calibre of players available to runaway leaders Manchester City, Hornets head coach Silva can take heart from the way the Citizens opened up Burnley's otherwise parsimonious defence at the Etihad Stadium. 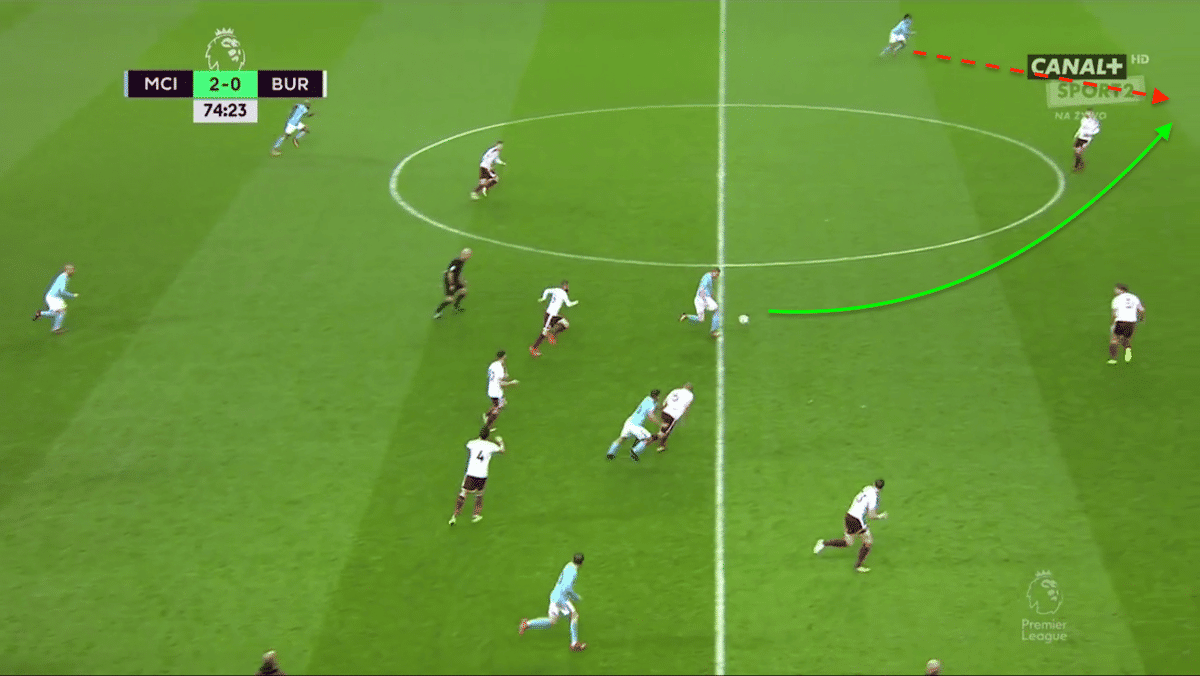 A quick flick from Sergio Agüero from a City throw-in releases Kevin De Bruyne. The Belgian strides forward and spies Leroy Sané on the run on the far side. A superb pass in behind full-back Matt Lowton catches the visitors off-guard and Sané drives into the space to score.

Simple in theory, a lot harder in practice. Over to you, Watford.