One of the more interesting games in the upcoming La Liga round is the Granada vs Real Madrid duel, so check our preview of this match if you want to learn more about it.

Our top betting predictions and picks for Granada vs Real Madrid

If you are looking for free La Liga betting predictions, including the best Granada vs Real Madrid betting tips, check them out on our website:

Real Madrid to Win with Handicap (-1)

Although Granada is only one spot above the relegation zone, they've done well recently with two wins, two draws and one loss in the last five games. However, Real Madrid is in second place in the league and they've been in great form at the start of the new season. Furthermore, Real Madrid beat Granada in their last five h2h duels, while four of those five wins have been by two or more goals, which is exactly what we expect to happen in their next duel.

Both teams have scored in three of the last five meetings between Granada and Real Madrid, so there's no reason to expect a different match now. This is especially true this season since both teams scored in 75% of all Real Madrid games in the league, while the same is true for 50% of all Granada matches in La Liga so far.

The French forward has been in fantastic form this season and he's doing even better than he was last season, in which he was amazing. So far, Benzema scored ten goals in eleven matches for Real Madrid in La Liga, while also adding seven assists. He also scored four goals in four Champions League games, so Benzema scoring is practically as safe bet as they come at this point.

The best stats, odds, and more for Granada vs Real Madrid

If you are looking for the top odds for the Granada vs Real Madrid duel, you've come to the right place:

Granada vs Real Madrid preview: Can Granada put up a fight?

The team that played in the Europa League semis last season has struggled in La Liga this season since they've only managed to collect eleven points from the first twelve games. So, Granada is currently tied with Elche, the first team in the relegation zone. However, Granada is in solid form at the moment with two wins, two draws, and two losses in the last six games. Duarte, Milla, and Ruiz are injured and out of the next game, while Lozano is questionable.

In the last six games in the league, Real Madrid has three wins, two draws, and one loss. Overall, the team is second in the league and just one point behind Real Sociedad in the first place. Meanwhile, Real Madrid is also doing well in their Champions League group where they are first with nine points from four games. Bale, Ceballos, Valverde, and Hazard are on the team's injury list ahead of the next match. 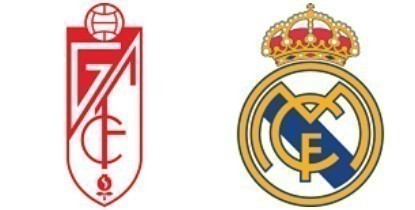