With both teams looking for points from this game, the Real Betis vs Granada duel in the upcoming La Liga round should be very interesting. The match will be played on Sunday, May 15th and we have a detailed preview of the game for you:

Our top predictions and betting tips for Real Betis vs Granada

You can find the free La Liga predictions right here, including our favourite betting tips for the Real Betis vs Granada game:

Granada to Win or Draw

While both teams need points from this game and Real Betis is undeniably the better team on paper, the guests have been very impressive recently and we can see them avoiding defeat in this game.

After all, Granada didn't lose to Atletico Madrid or Athletico Bilbao in the last four games they played, while Real Betis has just one win in the last five games. So, the guests certainly have a chance in this match and the odds on them winning or drawing are pretty good to pass.

Both teams have scored in four of the last five head-to-head duels between Real Betis and Granada and we would be surprised if that isn't the case once again on Sunday.

After all, both teams scored in 61% of all Granada matches in the league this season, while the same thing happened in 50% of all Real Betis games in La Liga so far.

Top odds and stats for Real Betis vs Granada

If you are looking for the best odds and stats for Real Betis vs Granada, check our list of odds from the top UK betting sites:

This is one of the more interesting matches of the round, so let's take a better look of both teams ahead of their duel:

While Real Betis already has a spot in Europa League secured through their win in Copa del Rey, the team is still hoping to make the Champions League. However, the chances of that happening are very slim since they would have to overtake either Atletico or Sevilla, who are six and five points ahead of them, respectively.

Los Verdiblancos will be without Martin Montoya, Hector Bellerin, Victor Camarasa, Victor Ruiz, and Rui Bravo through injuries in the upcoming duel with Granada.

After two impressive wins in the last two rounds, Granada is now able to relax a little. However, they are still not fully out of danger when it comes to relegation since Mallorca is four points behind them and we still have two games left in the season. That being said, Granada is in much better position than they were just a few weeks back.

Meanwhile, Ruben Rochina, Neyder Lozano, Raul Torrente, Daniel Raba, and Carlos Neva are all injured and won't be playing in the upcoming game. Also, Sergio Escudero will have to serve a suspension.

FAQ for Real Betis vs Granada 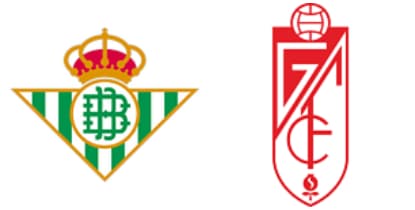