One of the closest duels in the upcoming round of La Liga is the Granada vs Rayo Vallecano duel. If you want to know more about this match, check our free betting tips and our preview of the game.

If you are need a bit of help to find the right bet for Granada vs Rayo Vallecano, check our top betting tips for this duel:

That being said, Rayo Vallecano beat Granada in their last three h2h duels, but this seems like a perfect chance for Granada to break that poor streak, especially since they will host the game.

Three of the last five head-to-head meetings between Granada and Rayo Vallecano have gone over 2.5 total goals and we expect the same to happen on Sunday.

The top odds and useful stats for Granada vs Rayo Vallecano

If you want to check out the best La Liga betting odds, including the top odds for Granada vs Rayo Vallecano, you've come to the right place:

This is one of the hardest duels to predict in this round, so let's take a closer look at both teams before they meet:

Finally, after ten matches in La Liga without a win, Granada managed to get all three points from a game in the last round by beating Alaves in a direct duel against one of their main competitors in the fight against relegation. Thanks to this, Granada is now in 16th spot in the standings, but they are still just two points ahead of the first team in the relegation zone.

However, Granada will be without their goalkeeper Aaron Escandell in the next game since he has to serve a suspension. In addition to this, Angel Montoro, Carlos Neva, Santiago Arias, and Maxime Gonalons are also out with injuries.

After a fantastic first half of the season and reaching the semi-finals of Copa del Rey, Rayo Vallecano failed to keep up any semblance of a form since they are currently on a run of ten games without a win in La Liga. Luckily for them, Rayo Vallecano collected enough points in the first half of the season to still feel pretty safe, although they are now only six points ahead of Mallorca, the first team in the relegation zone right now.

When it comes to team news, Rayo Vallecano will have to manage without suspended Oscar Trejo in the next game, as well as injured Radamel Falcao.

The usual questions for Real Betis vs Osasuna 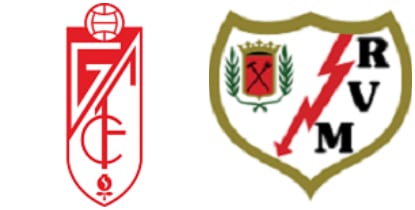