The Granada vs Getafe duel in this mid-week round of La Liga may not be one of the most anticipated ones, but it could still be a very interesting and exciting matchup. Here's our preview of the game and our free predictions for betting.

Our favourite betting tips and picks for Granada vs Getafe

If you are can't seem to find the right bet for Granada vs Getafe, check some of our top betting predictions for this match:

Neither team is having a good season so far, but Getafe is the one that's struggling more since the team has two draws and eight losses in the first ten games, which puts them in the last place in the league. So, while Granada has only collected seven points so far, we would give them the advantage here, especially since they are playing at home.

Granada and Getafe to Draw at Half Time

Although we can see Granada winning this game, we don't expect that to be easy. In fact, we expect the teams to be even at half time and to see the winner decided in the second half. After all, three of the last five h2h duels between Granada and Getafe have been equal at half time, so we can see the same happening on Thursday.

The best odds and key figures for Granada vs Getafe

You can find the best La Liga odds and stats on our website, including the odds for the Granada vs Getafe duel:

Granada vs Getafe preview: Can Getafe finally win a match?

The season didn't start too well for Granada, a team that last season got to the semi-finals of the Europa League. After the first nine matches, Granada is in the relegation zone with one win, four draws, and four losses. That being said, Granada has one win, two draws, and two losses in the last five games in La Liga, so they are starting to play better at least. Gonalons, Ruiz, Eteki, and Duarte are all injured and out of the next game, while Lozano is questionable.

Currently sitting at the very bottom of the league, Getafe is desperate for a good result that would give them a bit of a boost. They are still one of the only two teams without a win in the league and they've lost eight of their ten matches in La Liga so far. However, those two draws came in the last three games, so that could be a positive sign for the team. Unfortunately for them, Getafe is also dealing with a lot of injuries, with six of their players currently being out.

Frequent questions for Granada vs Getafe 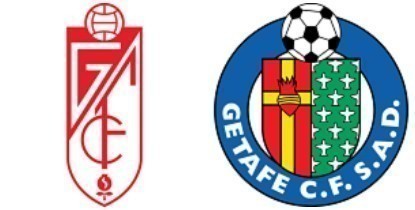