Rewind to 2017 and few people outside of Sweden would have heard of the name Graham Potter. Now he is a household name in the world of football management and an established Premier League manager. Here we take a look at whether or not the Brighton boss has the credentials to go all the way to the top?

Potter’s route into management was an unusual and unique path for an English coach. It turned out to be a hugely successful one though. After a 13-year playing career spent predominantly in the Football League, Potter retired at the age of 30. He graduated from the Open University with a degree in Social Sciences in 2005. Next, he went on to complete a master’s in leadership and emotional intelligence; he says that prepared him for working abroad and, crucially, taught Potter how to deal with failure.

Having worked as technical director for the Ghana women’s team at the 2007 World Cup, Potter entered management in December 2010. That role saw him take over at newly-relegated Swedish fourth-tier outfit Östersunds. The club won successive promotions in Potter’s first two years in charge. Eventually, they won promotion to the Allsvenskan, the Swedish top-flight; it was the first time they'd done so in the club’s history.

The club’s rise under Potter wasn’t complete there, though. Östersunds finished their debut campaign in eighth place on one of the smallest budgets in the division. Then they went on to finish fifth and lift their first major trophy, the Svenska Cupen, in 2017. As a result, the club qualified for the Europa League. In that tournament, they grabbed some huge results. They famously beat Turkish giants Galatasaray, Fola Esch and PAOK. Östersunds were defeated in the Round of 32 by Arsenal, although the club did win 2-1 at the Emirates. It was that night that Potter finally began to get attention from those back home. Potter left the club after seven seasons to take over at Swansea City; managing in England was something he had dreamed of. After one year in charge, Potter was appointed manager of Premier League side Brighton. 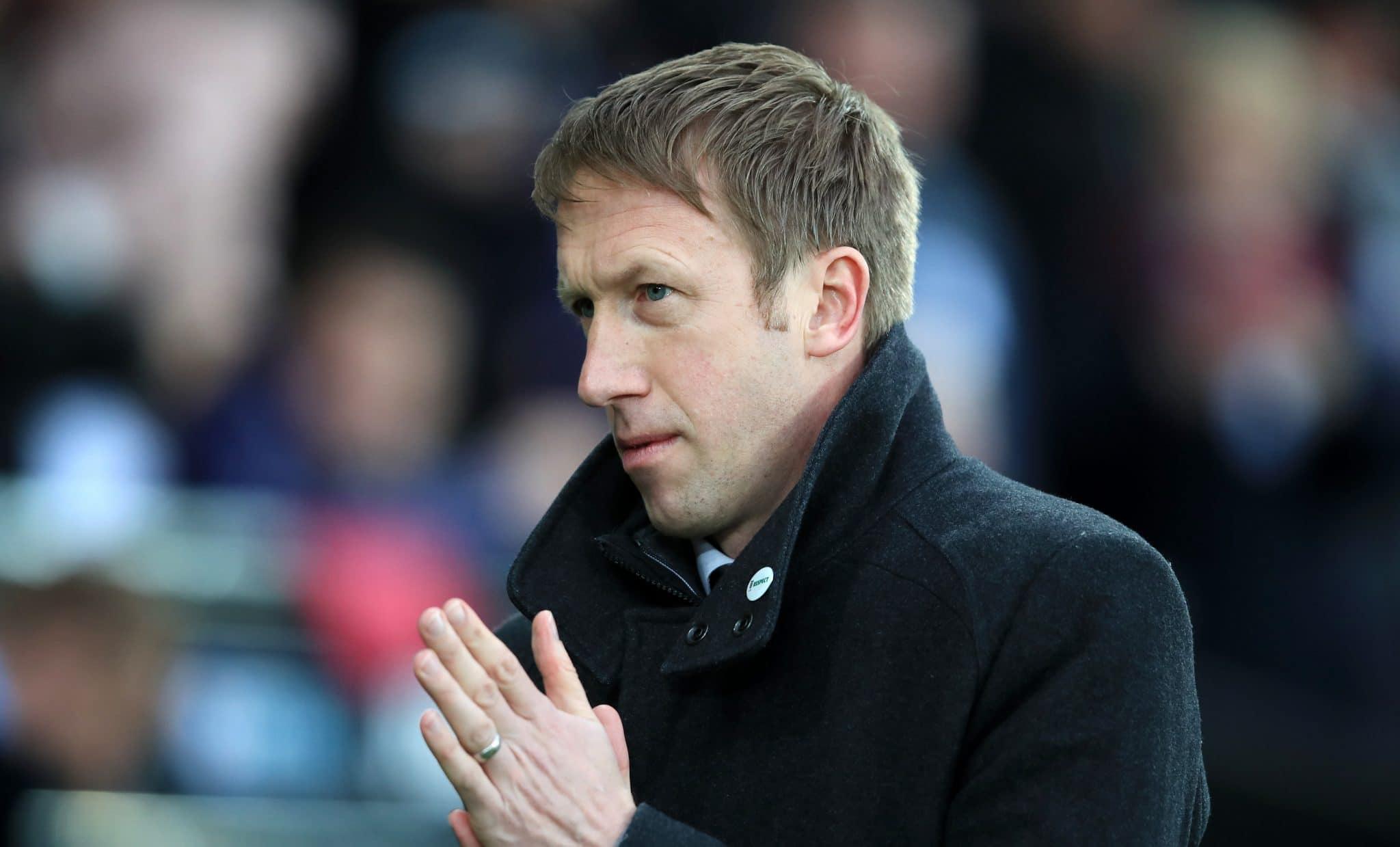 Potter has proved to be so successful in Sweden, and subsequently so in England. Much of that success is due to his unique footballing philosophy and excellent man-management skills. Swedish football, particularly in the lower tiers, is almost always 4-4-2 with big, physical players attacking crosses into the box. Potter sought to counteract that with his own attack-minded and possession-based 3-5-2 or 3-4-3 system.

Speaking with The Coaches’ Voice, Potter outlined his tactical ‘masterclass’ in Östersunds 2-0 victory over Galatasaray; in that game, his side set up in a 3-4-3 against Galatasaray’s 4-4-2. Potter explained how he used the front three to press against the opposition’s backline whilst allowing the wingbacks to press high against the fullbacks. He also spoke about how he was able to nullify Galatsaray’s own press on his side’s back three. Although Potter generally prefers to use a 3-5-2, his versatility has become key; he used 11 different formations during Brighton’s 2020/21 campaign!

Potter, who has formed an exceptional relationship with technical director Dan Ashworth at Brighton, is widely regarded as one of the best ‘man managers’ in football. He cites his experiences in higher education as a key reason for this. While at Östersunds, Potter revived the lives and careers of many players and gave opportunities to the likes of Douglas Bergqvist, a young defender who joined from Exeter who says that Potter cared more about him as a person than his football skills, and Jamie Hopcutt, a former York City trainee who went on to play 189 times for the club over seven years. Many players have built strong relationships with Potter, including Bergqvist, and have stayed in touch.

Looking in from afar

As already said, Potter was a relatively unknown name in England until 2018. Less than four years later, he has become one of the most highly regarded coaches in the country. In January 2021, Pep Guardiola, one of the most successful managers of all time, described Potter as “the best English manager right now”. Leeds boss Marcelo Bielsa said Potter is a ‘modern coach and brings new ideas’ when facing his Swansea City side back in 2018. He has also earned high praise from Liverpool manager Jürgen Klopp.

It's not all words though. Chelsea boss Thomas Tuchel has beaten some of the best managers in the world in just a year in charge at Stamford Bridge including Guardiola, Klopp, José Mourinho, Zinedine Zidane and Antonio Conte. However, the German is yet to beat Potter in three meetings. You might point to the fact that Potter’s Brighton are not ripping the league apart to knock the manager but it's not that simple. Their progressive style of play that unleashes wing-backs has made them one of the most attractive teams in the division. It has led to many people talking about them in the bracket of potential European candidates; that outlines the superb job Potter is doing at Brighton; we've not even touched on the fact he's done so without the biggest budget or biggest names. We mean, imagine if they had a quality striker!! 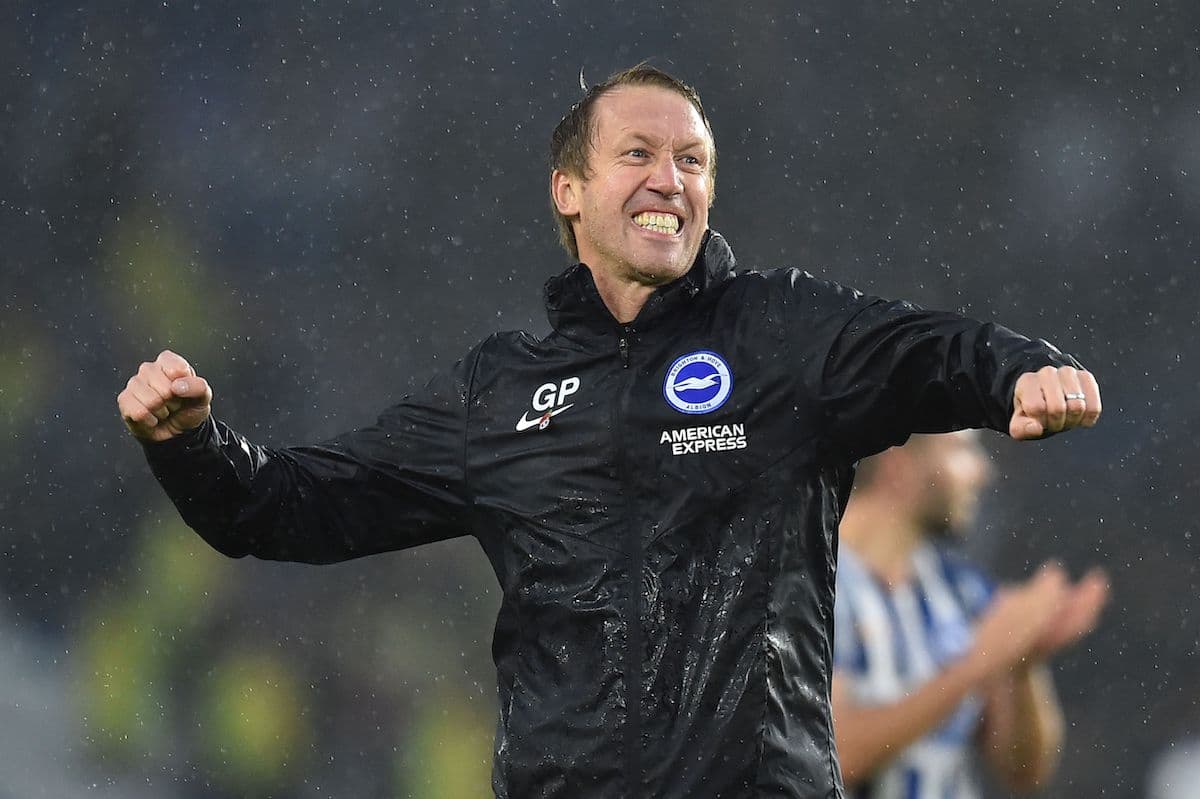 What next for Graham Potter?

One of the biggest compliments you can receive as a football manager is to be linked with other jobs. Potter is certainly one man whose name appears on more than just the occasional shortlist. The 46-year-old has been tipped by many to be Gareth Southgate’s successor as England manager. Amongst those tipping him for the role is Adam Lallana; he plays under Potter now and knows the England set up too.

Potter has, however, consistently spoken about his happiness at Brighton. He is constantly stating his desire to stay at the club whenever a new club has thrown his name in the hat for a job. Having been linked with the Everton job in the wake of Rafa Benítez’s sacking, Potter said: “I have said I am focused on what I am doing here. I am very happy here.” Those words will be music to Brighton fans’ ears. Despite that, you can’t help but think that Potter is, one day, destined for the top.