Unfashionable Oxford United  had gone from the depths of England’s third tier to the promised land of top flight football by 1986, and when they won the League Cup on a beautiful day in April it crowned a golden era for the club at a time when a Wembley appearance was lauded and not laughed at.

Many would have been forgiven for turning their backs on English football in the mid-1980s. With English clubs banned from Europe, due to the events of Heysel, and no TV cameras at matches due to a row between club chairmen and TV bosses, the game seemed to be dying a slow death; but for one club the so called “dark days” of English football coincided with the brightest period in their history.

For Oxford United, a club that played at The Manor Ground, which was wedged tightly between leafy, tree lined streets and smart semi-detached houses, just off the idyllically named Cuckoo Lane, the mid 1980s were a halcyon age for the club; a period which was encapsulated on a sunny Sunday afternoon at Wembley in April 1986.

Several years earlier things weren’t looking so promising for the Us as they battled financial difficulties and poor on-pitch performances, but newspaper tycoon Robert Maxwell eventually saved the club from going out of business, and boy did they take full advantage.

The cash he injected into the club enabled manager Jim Smith to seal two successive promotions, as Oxford advanced up Divisions Three and Two to make it into the First Division for the first time in their history, not to mention couple of high-profile cup shocks along the way.

But Smith stunned the club when he announced he was leaving to join QPR having failed to agree a new contract.  It's reported that Smith wanted a modest £50,000 a year salary but club chairman Robert Maxwell offered “just” £45,000 and even after several rounds of crisis talks an amicable agreement could not be reached. 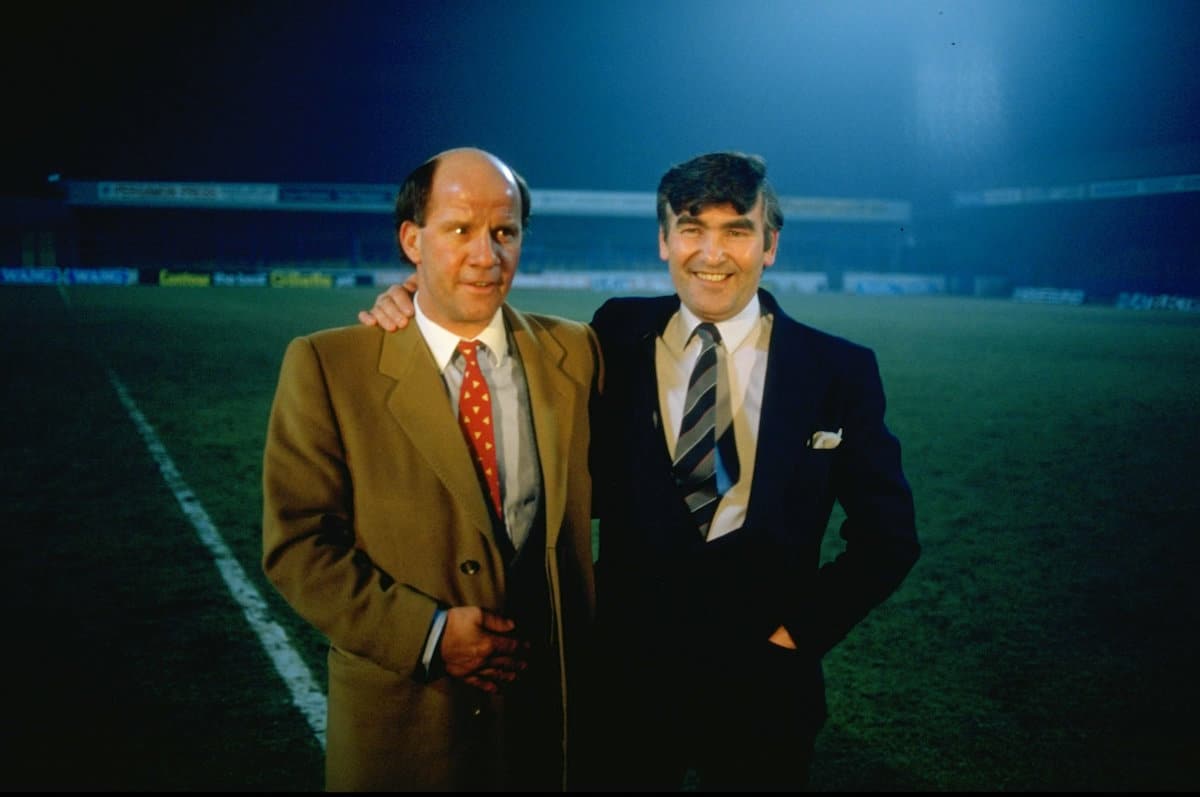 READ MORE: THE STORY OF THE MUCH MALIGNED SCREEN SPORTS SUPER CUP

Instead of giving in to Smith’s demands, Maxwell instead decided to appoint Maurice Evans as the new manager. Evans had been chief scout and youth development officer under Smith and it would be a huge gamble, but one that ultimately paid off.

In all honesty, Oxford's maiden First Division campaign was a largely forgettable one , but what United lacked in terms of league performances they more than made up for in the cup; particularly one with a name that has gone down in football folklore among those of a certain age thanks to a memorable advertising campaign.

The League Cup, had been sponsored by the Milk Marketing Board  in the mid-1980s, and without the extra distraction of European football most clubs in the land took the competition seriously and Oxford were no exception, even if it did compromise their battle for survival

Having beaten Northampton Town 4-1 on aggregate Oxford then achieved three successive 3-1 wins at the Manor Ground: beating Newcastle United holders Norwich City and then Portsmouth in the quarter-finals.

In the semi-final against Aston Villa two goals from John Aldridge,  in the first leg at Villa Park meant that Oxford to returned to the Manor Ground with a 2-2 draw; while in the second leg he was influential once more, setting up Les Phillips and Jeremy Charles in Oxford's 2-1 win.

And so it was that Oxford’s opponents in the final would be Jim Smith’s QPR, who had won away at neighbours Chelsea in the quarter-final and then Liverpool over two-legs in a thrilling semi-final to earn their place at Wembley. So could Oxford United, under their novice manager, prove to be a match for their former boss’s new club?

“I would like to meet my old club Oxford in the final,” were Smith’s words after his semi-final victory. “That will be the icing on the cake for me.” But come the final whistle at Wembley he probably wished he had stayed with The Us. 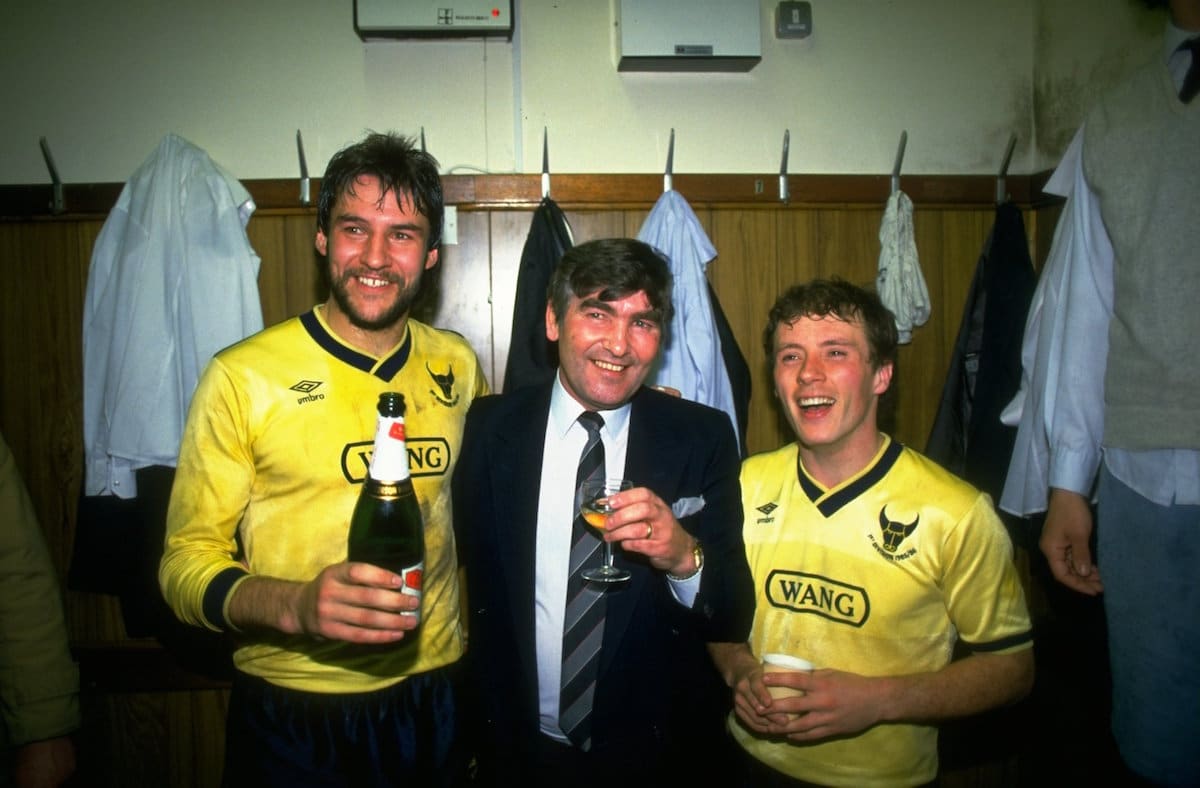 But Oxford’s form going into the final was poor with only one win since their semi-final, putting them right in the mix for relegation, while injuries to key players like Neil Slatter, Peter Rhoades-Brown and Billy Hamilton started to have an effect.

QPR, on the other hand, were flying, following a victory against Manchester United and a crushing 6-0 win over Chelsea. And what's more, there were no injury problems hampering the side as they prepared for the final.

Pundits viewed the game as a foregone conclusion, with the “Hoops”s expected to walk all over the side from Oxfordshire, who many thought  viewed the occasion as merely a trip out; but as so often in Wembley cup finals, the form book counts for absolutely nothing.

After a tight start which favoured neither side, United eventually took the lead thanks to the Trevor Hebberd after he danced his way through the R's defence and slotted the ball into the corner and that's how things would remain until half time.

After the break United took control with their impressive midfield snuffing out anything Oxford offered, and it was no surprise when Ray Houghton made it 2-0 in the 53rd minute after a neat passing move. “You won't see a better goal than that,” shouted Brian Moore.

Rangers were eventually finished off in the 87th minute, when their former player Jeremy Charles followed up after Paul Barron in the Rangers' goal could only deflect Aldridge's original effort.

A sea of yellow swept around the famous old Wembley stadium to mark the club's magnificent triumph and in a remarkable gesture Maurice Evans asked long-serving trainer Ken Fish to climb the 39 steps to the royal box with skipper Shotton to collect the trophy – a true mark of the man. “Ken deserved it more than me,” he later said. “He has been such a marvellous servant to the club.”

Malcolm Shotton, complete with novelty hat, was beaming as only six years earlier he had been playing non-league football. After collecting the cup he danced around in front of the Royal Box like a mad man surrounded by his team mates.

The game was so one sided that anyone who didn’t know better  would have been hard pressed to say who were languishing at the bottom of the table and who were the pre-match favourites.

Although Oxford were prevented from playing in the UEFA Cup, due to the ongoing ban on English clubs entering European competitions, the victory provided them with a much needed shot in the arm when it came to the relegation dogfight that lay ahead of them.

Despite losing 3-2 to Ipswich Town immediately after the final, a 1-0 win over Everton gave them a fighting chance, meaning that a win over Arsenal would keep them in the First Division status for another season and a convincing 3-0 victory a week later  capped a fantastic few weeks for the club as they secured survival.

United remained in the top flight for another two seasons, but  were finally relegated in 1988 followed by a number of further demotions in quick succession.

Even so, that day in North London, under the warm spring sunshine, in front of 90,000 people at the old Wembley stadium will forever live in the memory of those who were there supporting a club which has often punched above its weight, despite not having reached such dizzy heights since.