IFK Goteborg play host to GIF Sundsvall on the 28th of May and while only three places separate the two clubs in the Allsvenskan table, Goteborg have a 5pts lead over their guests. Neither side have made a good start to the new season and could really do with a win this weekend.

We're expecting goals at both ends of the pitch this weekend as that has been the case in three of the last four meetings between these two clubs in all competitions. Both teams have also scored in four of Goteborg's last six fixtures and three of Sundsvall's last five matches, adding further weight to our first prediction for Saturday's clash.

Over 2.5 goals have been scored in three of the last five league meetings between Goteborg and Sundsvall and we're backing at least three goals to be scored on Saturday. Two of the host's last four outings in the Allsvenskan have produced over 2.5 goals, including their last game against Elfsborg which ended in a 3-1 defeat. Three of Sundsvall's last five fixtures have also witnessed at least three goals being scored with their last away game ending in a 5-1 defeat to Norrkoping.

Everything you need to know about Goteborg vs Sundsvall

A win would get Goteborg's season back on track

Goteborg's disappointing start to the season continued last time out at Elfsborg. Frick put the home side in front after just 9-minutes but Goteborg's veteran forward, Berg, brought the visitors back onto level terms 10-minutes before the break. However, Goteborg couldn't hold on that long and Larsson made it 2-1 to the home side in the 44th-minute and Zanden ended any hopes of a comeback for the visitors with a third goal for Elfsborg 10-minutes into the second forty-five.

Sundsvall used their home advantage well against Mjallby on Monday evening. The first half between the two clubs ended goalless but Stensson put the hosts in front in the 69th-minute and teammate Andersson wrapped up all 3pts with a second goal 6-minutes from time. Unfortunately for Sundsvall, their opening goalscorer, Stensson, picked up a yellow card during the win and is now suspended for the trip to Goteborg.

IFK Goteborg: Sebastian Eriksson is the only injury concern for the hosts and is expected to be out until June.

GIF Sundsvall: Daniel Stensson is suspended, while Andreas Andersson will miss the game due to a ligament injury. 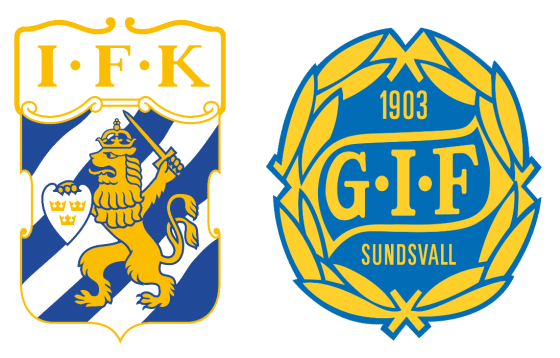