Norrkoping will be hoping to make the most of their home advantage when they take on fellow mid-table side Goteborg on Monday night. The visitors arrive in decent form but will be without two of their regular starters through suspensions which could make a big difference on the outcome of this game.

We're backing these two teams to cancel one another out on Monday. Norrkoping have the home advantage and a clean bill of health but have failed to beat Goteborg at home on their last two attempts and have failed to win any of their last three home games in the Allsvenskan. Goteborg have outperformed their hosts so far this season but have two first-teamers out suspended on Monday and have only managed to win one of their last four competitive away games.

Norrkoping looking to close the gap on Goteborg to just 2pts

Norrkoping took on Malmo at the PlatinumCars Arena last weekend where an early goal for the visitors set them on their way to victory. Leading 1-0 at the break, Malmo pushed for any goal in the second half, looking to kill off Norrkoping, and they got it just before the hour mark. The hosts always knew that this was going to be a tough game but they gave a decent account of themselves during the 90-minutes.

Goteborg got off to a good start at home to Mjallby taking the lead through Jallow in the 41st-minute and led 1-0 at the interval. However, the hosts didn't manage to score a decisive second goal and ended up conceding in the 73rd-minute which meant that the scoreline ended in a 1-1- draw.

Norrkoping: the hosts have a clean bill of health and no suspended players.

Goteborg: Carl Johansson and Hosam Aiesh will both miss Monday's match through suspension.

Questions about Norrkoping vs Goteborg 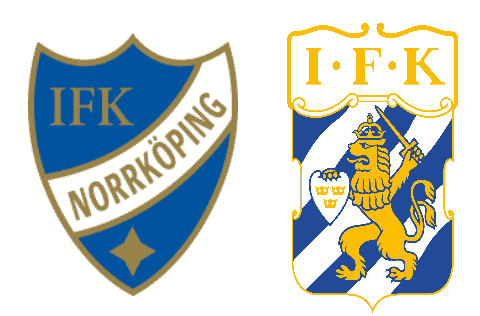