These two sides have played to a very similar standard so far this season and we're expecting a very close and competitive 90-minutes at Gamla Ullevi. Hosts Goteborg currently sit one place and 1pt above Mjallby in the Allsvenskan table with both teams points on a goal difference of +1.

The way this season has gone so far for each club, their recent head-to-head record and their form ahead of this weekend's clash all point to Sunday's game ending in a draw. Three of the last five meetings between these two clubs in league and cup and have ended in stalemates, including their last game in march which finished 2-2. The hosts have only lost two of their last six matches in all competitions and Mjallby have drawn three of their last six league games, so you can see just why we're backing this game to end all square.

This game has the potential to be tight and tense throughout and we're backing under 2.5 goals to be scored. Fewer than three goals have been scored in three of Goteborg's last six matches and five of Mjallby's last six outings have also witnessed under 2.5 goals being scored, adding further weight to our second prediction for Sunday's Allsvenskan clash.

Analysis of Stats and Betting Odds for Goteborg vs Mjallby

Goteborg had to make the trip to Hammarby on Monday night where for most of the first half, the visitors matched their hosts. However, as soon as Hammarby took the lead through Besara in the 43rd-minute the Goteborg players looked deflated. The visitors needed a response early in the second half but instead, Hammarby made it 2-0 after just 4-minutes of the restart. The hosts were awarded a spot-kick in the 72nd-minute and Selmani converted it to make the final scoreline 3-0.

Mjallby took the lead in the 40th-minute through Gustafson at home to Hacken last weekend but it proved to be a false dawn. In the second forty-five, Bengtsson equalised for Hacken, and 9-minutes from time, Youssef scored what turned out to be the winner for the away side.

Mjallby: the visitors have a clean bill of health and no suspended players ahead of their trip to Goteborg. 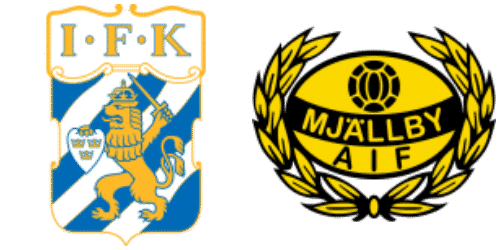