Following an undefeated streak, Gor Mahia go up against Nzoia Sugar in the upcoming duel of the FKF Premier League. Nzoia Sugar have also added three points in the last game.

Gor Mahia are unbeaten in the previous five attempts and registered two victories in that course. Nzoia managed to win the last game but they have a terrible sequence of eight winless games before that. Nzoia Sugar have been undefeated in the recent H2Hs but the away venues have been tricky for them, losing four of the last five H2H visits. So we will be backing Gor Mahia to continue their sequence and take the victory in this duel.

Despite the unwanted results, Nzoia Sugar have been consistent in their offence and scored seven goals in the last five visits. Gor Mahia also come into this game after scoring three goals in the previous attempt. Two of the last three H2Hs in the hosting of K’Ogalo have gone over 2.5 goals. So we think that the teams will be able to collect a total of at least three goals at the end.

Gor Mahia vs Nzoia Sugar: Check out the best odds and the latest stats

Gor Mahia vs Nzoia Sugar: Check out the team news

After ending three draws in a row, K’Ogalo got a victory with help of an own goal from the opposition previous against Nairobi City. Having a combination of 13 wins and 12 draws, Gor Mahia have secured the fourth position in the points table. The club boss Andreas Spier doesn’t have any injury concerns in the team coming into this game.

Ending their long sequence of winless games, Nzoia Sugar won in the last game with a  narrow lead of 1-0 against KCB. However, the team have a total of only six wins and stand at the fifteenth position of the points table. The club manager Benard Mwalala will have zero fitness issues to report ahead of this game. 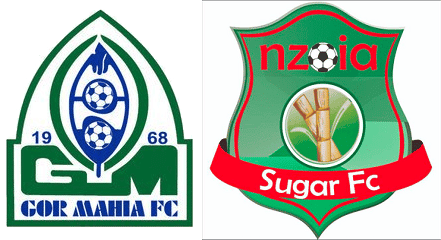 Who won the last h2h? 1-0 in favour of Gor Mahia vs Nzoia Sugar.

Where is the game being played? City Stadium, Nairobi.