After 18 years and close to 500 games, John Terry’s time at Chelsea is coming to an end. Reports on Thursday suggest that despite being close to returning from injury, Antonio Conte looks set to phase out the Englishman’s time at Stamford Bridge.

36 years old next week, Terry will not be offered a new contract in the summer and with Chinese clubs, including old team-mate Gus Poyet, leading the chase, he won’t be without his options. Chelsea are now seven Premier League games unbeaten, all achieved without the club legend.

Gary Cahill, David Luiz and Cesar Azpilicueta have all played their part in making Conte’s 3-4-3 a massive success this campaign, but the defence will be the first position in which the Italian looks to strengthen. That may wait until the summer, but he will look to do whatever is possible in the winter.

There are options already in the squad. Branislav Ivanovic is still a very capable squad member, the blend of a full-back and a centre-back and an ideal replacement for the Spanish defender. Kurt Zouma is also close to making a return to full-fitness. The young Frenchman is a superb, athletic young talent. He has all the attributed needed to be a huge part of the Italians plans, but he’ll still need options.

Leonardo Bonucci and Antoine Rudiger have been mentioned before, both are players that Conte knows extremely well and would undoubtedly improve Chelsea’s defence. However, they are not his only options, or at least they shouldn’t be.

Alessio Romagnoli is one of the most highly regarded young defenders in Italy. The 21-year-old is the crown jewel of the current Milan side and one of the reasons they are pushing up the Serie A table. It is unlikely that they will sell in January, but if Vincenzo Montella fails to land a Champions League place, he could look to move on in the summer. 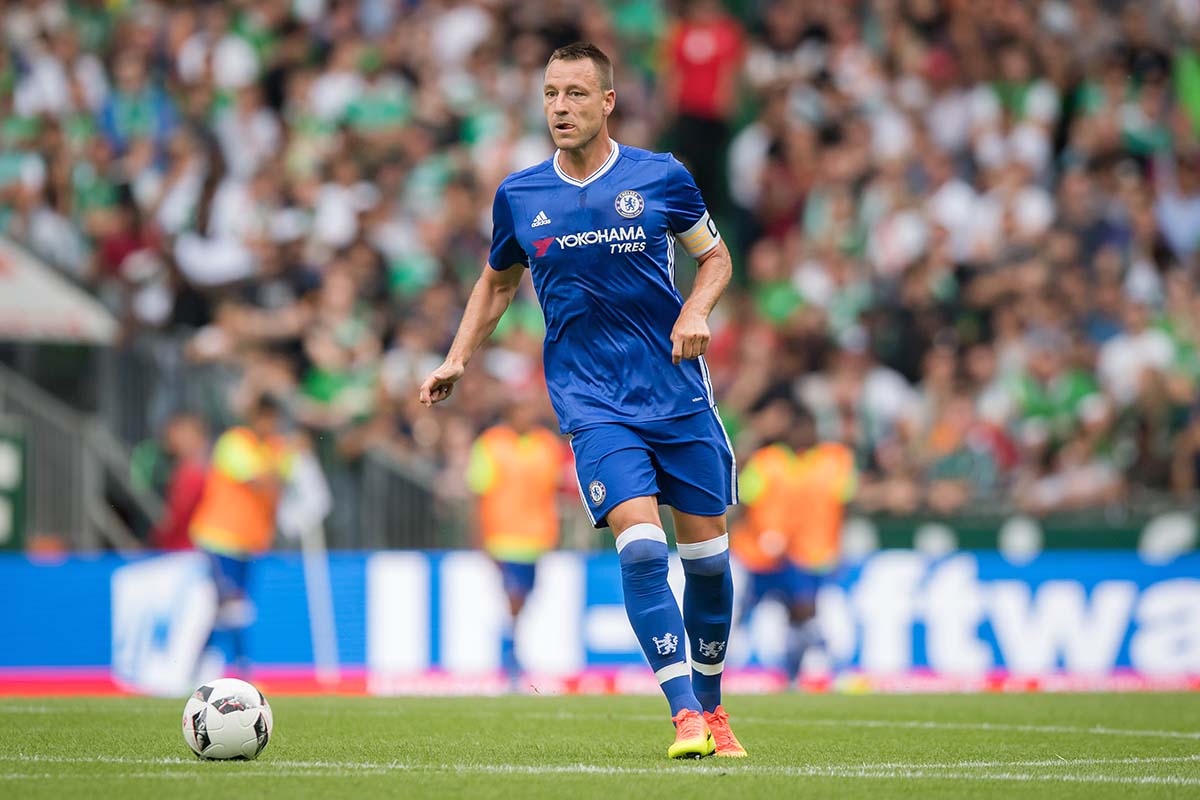 He is the youngest defender in the top five for clearances made in Italy, averaging 6.4 per game. With 1.5 tackles and 1.6 interceptions, his talent is there for everyone to see. His left foot makes him a natural option in the 3-5-2.

In Romagnoli, Conte would then have at his disposal a player who can close the space between the defence and midfield. With both his athletic ability and speed across the ground, he would a huge improvement. Also, he reads the game incredibly well, making him a complete all-rounder.

Last season, in Serie A, he made more interceptions than any other player aged 21 and under. Also, he physicality makes him difficult to get past. He would be a signing able to lead this Chelsea defence into the next 10 years.

Another option would be to stay local, very local. John Terry, after joining the club at 14 years old, made his debut in 1998. Long-time Chelsea fans would love another one of their own to one-day lead their club. Jake Clarke-Salter joined the Blues in 2006 and after making his professional debut in their 4-0 win at Aston Villa, Terry himself said that the youngster had the potential to replace him one day.

In the summer, the 19-year-old joined Bristol Rovers on loan until the end of the season and has impressed down in League One.

“It took me a while to adjust to the tempo of the game because it was quicker than I thought it would be and very different to what I have experienced at Chelsea,” he told reporters after making his debut against Sheffield United. “The speed of the game was a surprise and the strikers are very clever in terms of their movement and experience. They think quicker than the strikers I have played against and they are also physically stronger.”

Just like Terry’s loan move to Nottingham Forest in his early days, playing against competitive forwards will make him a better player and it’s the perfect place to learn his craft.

“I think the areas of my game that will benefit most from playing regularly at this level are the defensive side and physical side. I feel that coming here will definitely help me improve around those aspects of the game and I’m looking forward to stepping up and facing those new challenges and different problems.”

The teenager showed all his impressive physical ability to score an impressive towering header in the 2-0 win over Oldham Athletic at Boundary Park in October, but sadly, he will miss the busy festive period.

After defeat to Charlton Athletic, the defender was taken to hospital and diagnosed with a fractured arm. He is expected to miss around 12 weeks. He is far from ready to be a ready-made replacement for Terry, but just like the club-captain, everyone has to start somewhere.

Burnley’s Michael Keane has enjoyed a wonderful rise in attention since making the step up to the Premier League. Just like with Terry, perhaps Chelsea would flourish with another young Englishman at the heart of the defence.

Chelsea’s scouts were spotted watching the Lancashire side’s 2-1 win over Everton, with Keane the supposed target. Only two players, one being his team-mate Ben Mee, make more clearances than the 23-year-old. However, with time on his side and already a place in the England set-up, the sky is the limit for the centre-back.

He is one player that could be available in January. Incredible strong in the air and a very smart tackler – with just one yellow card all season – he is showing why Manchester United developed him as a youngster. If he wasn’t willing to return to Old Trafford, Chelsea would be an ideal place for him to call home.

Conte’s first choice would perhaps be to wait for Romagnoli, but having a strong, young English base, could be the perfect way to take Chelsea all the way back to the Premier League title.