For the first few months of the 2017/18 campaign, there was little doubt Napoli were serious contenders for the Serie A title.

Regularly routing opponents, Maurizio Sarri's men had all the ingredients to become a truly beloved side, winning over neutral observers as their pleasing playing style and free-scoring attack wowed fans across the world.

After eight rounds, the Partenopei were sitting clear at the top of the table, winning every game and outscoring opponents by 25 goals to five. Dries Mertens and Lorenzo Insigne were demolishing defences, Kalidou Koulibaly was keeping the very best strikers in check and Jorginho was once again ensuring everyone was dancing to his tune.

Just as he has in the two previous years, the Brazilian-born midfielder is leading all players in Europe’s top five leagues in terms of completed passes, the Xavi to Sarri’s brand of tiki-taka.

Pep Guardiola called Napoli “maybe the best team I’ve faced in my career” after they took on Manchester City in the Champions League in October, and even a week 15 loss to Juventus did not derail the Stadio San Paolo outfit.

Yes, they had a brief wobble after Gonzalo Higuain’s strike saw the Bianconeri claim a 1-0 victory – Napoli subsequently drew 0-0 with Fiorentina. But they then reeled off ten consecutive wins, showing the kind of resilience needed to become champions as they ground out victories even when they were not at their best. 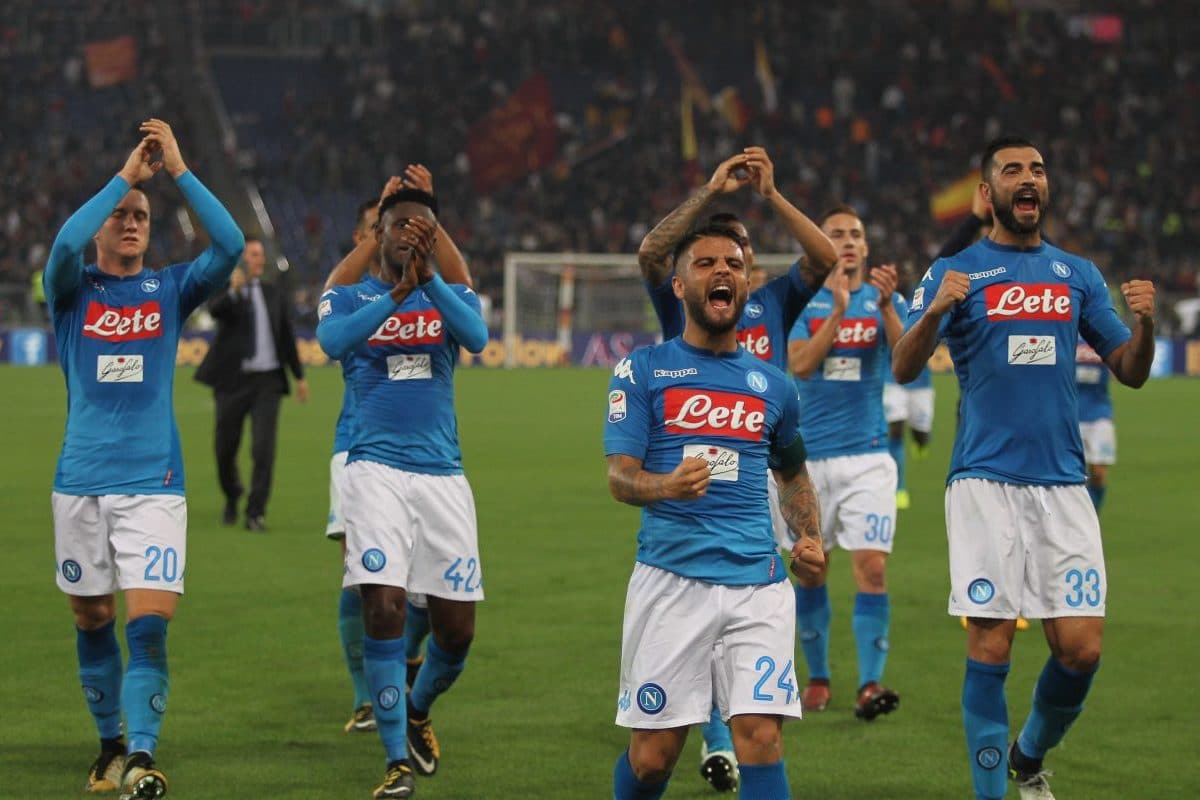 As if “winning when not playing well” wasn’t enough of a cliche, they then sacrificed both Europe and the Coppa Italia to concentrate on the league, matching Juve point for point as the two set a remarkable pace in the Scudetto race.

Yet over the past few weeks, Napoli have suffered their worst run of form this term, losing to Roma before dropping points against Inter and Sassuolo to relinquish first place to the Bianconeri. It is a terribly-timed blip, but one which many saw coming. And the same man responsible for their free-flowing style must take the blame.

Sarri will, in all likelihood, lead Napoli to their highest ever points total, single-handedly responsible for making them regulars in the Champions League group stage and part of the title conversation at all. Before he arrived, they lurched from fifth or sixth to a distant second place, but now must be considered the closest challengers to the Juventus-led monopoly Serie A has become.

To do so while operating on a far lower budget than Juve, and while playing such breathtaking football deserves, immense praise. But in order to implement his approach Sarri has run his first-choice starting XI into the ground. Ten members of his squad have played over 2000 minutes in the league this term, Juventus have just three to have reached that figure.

The only member of Sarri’s regular line-up to not surpass that threshold is Faouzi Ghoulam, the left-back who has been ruled out since early November with a knee injury.

So the issue is clear; Napoli are running on fumes. It is certainly not a lack of depth that is to blame with serviceable squad players like Christian Maggio (five starts), Amadou Diawara (three) and Marko Rog (no starts but 22 substitute appearances) all vastly underused.

Central defence would be a major case in point, Koulibaly and Raul Albiol have started even against the most minor of opponents while Vlad Chiriches (six starts) and Lorenzo Tonelli – who has made just a single appearance all season – sit idly on the sidelines.

The highly regarded Nikola Maksimović left on loan for Spartak Moscow in January citing the need to play more often as a major reason behind his departure, yet Sarri continues to field the same players week after week.

Against Sassuolo last time out, the attack looked exhausted as Mertens, Insigne and Jose Callejon took to the pitch together for the 28th time in 30 games. That they were held 1-1 by a Matteo Politano strike for the Neroverdi was particularly poignant after Napoli tried to sign him in January, an error with the paperwork leaving the transfer incomplete when the deadline passed.

They were left chasing reinforcements until the final moments of the window largely due to Simone Verdi’s refusal to move from Bologna, concerna over the playing time he would receive only adding more weight to the argument against Sarri’s methods.

“I don’t think he knew how many games he’d play,” Italy legend Paolo Rossi noted in his current role as an analyst for broadcaster Mediaset.

“On one hand I think the player is obliged to improve, but on the other, I think Verdi didn’t consider it to be the right moment as he could reach his peak in the next five months as a starter for Bologna, where he’s certain to play. He made a brave decision and used his brain.”

That is far from an isolated case too, with Emanuele Giaccherini – who left in January after starting just once in 18 months – clearly frustrated with constantly being left out.

“Sarri has a relationship problem with squad players,” the winger told La Gazzetta dello Sport. “For him there are only 14- or 15 players, but if you want to win things, you have to manage the entire squad. You have to make everyone feel important, but I didn’t feel like that at Napoli.”

None of this is to champion Giaccherini, Rog or Tonelli as being high quality players, but when noting Napoli have scored three or more goals on no fewer than 14 occasions in 30 Serie A games this term, surely there is a wider margin for error?

Callejon, Mertens or Insigne could’ve sat out against Benevento, SPAL, Hellas Verona, Crotone or Cagliari. Maksimovic – who will feature for Serbia at the World Cup – has the quality to have made more than one start before forcing a move in January.

Instead, the same starting XI appears rubber-stamped onto the team sheet, as predictable as Arséne Wenger opting not to walk away from Arsenal or Manchester United scoring in “Fergie Time.”

Sarri has made Napoli a wonderful team to watch but his refusal to rotate has perhaps also placed a hard ceiling on what they can achieve.