Set a reminder in your phone calendars for May to judge this prediction, but Denis Suárez will find himself below Alex Iwobi in the pecking order before long, if not immediately. This has nothing to do with Suárez, and everything to do with Arsenal’s 22-year-old.

Iwobi has been on the fringes of a starting spot for the Emirates since he was 20. He started 18 games and made eight sub appearances in the 2016/17 Premier League season, and then made 22 starts and four appearances off the bench last year.

With Unai Emery wanting to fit both Pierre-Emerick Aubameyang and Alexandre Lacazette into the same side has shunted him aside slightly, but he’s still played the equivalent of 13 full games (1176 minutes).

“It's going well,” Iwobi said about his season in October, “I'm very confident now.” He has reason to be.

He’s in the top ten in the league for expected goals assisted per 90 minutes. If you take out players who are on the fringes of the first team and whose numbers might be skewed by a small sample size (like Alexis Sánchez and Olivier Giroud), he’s sixth. A notch above David Silva. 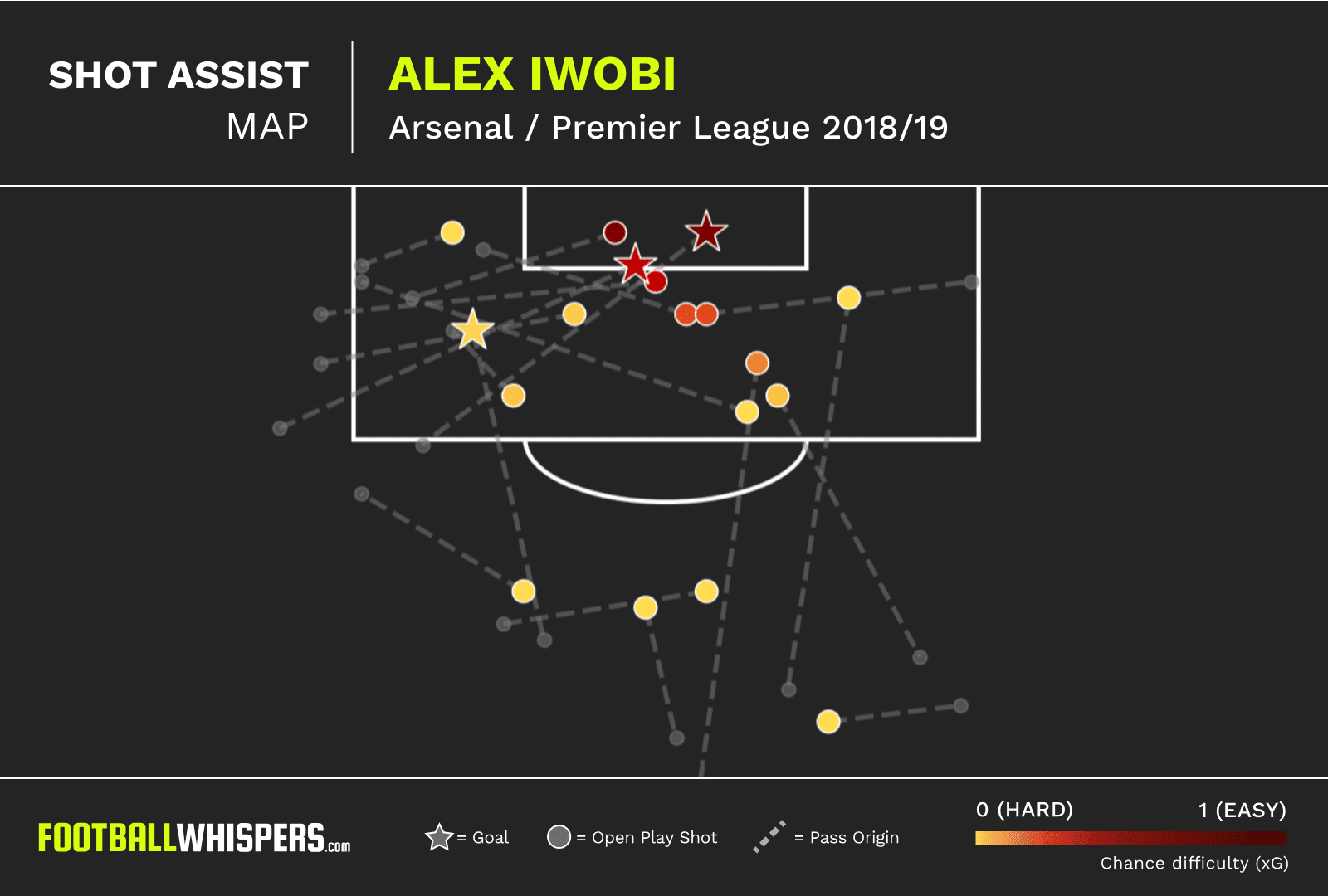 But just looking at this kind of end product downplays how good he’s been. Iwobi has been one of Arsenal’s most important players in moving the ball up the pitch into dangerous areas.

When you combine the passes he makes and receives, he’s 14th in the league for passes towards goal in the final third. He’s in the top ten when you look for players making or receiving passes into the box.

An interesting theory about why Iwobi isn't more appreciated was mentioned on the Double Pivot podcast – he hasn’t scored much. Iwobi’s never scored more than three goals in a league season or got more than five assists (he’s currently on two and four for 2018/19, so could break both by May). It can be get excited about a player without something solid for the excitement to hang on.

Nonetheless, he’s an immensely useful player for someone so young. Denis Suárez, on the other hand, has played only 1816 league minutes in his two-and-a-half years at Barcelona.

He may well be useful in his loan spell at the Emirates, but if you’re going to put your eggs in one basket over the other, put the chicken in Iwobi’s.