Olivier Giroud has had to be patient since his January move to Chelsea from Arsenal.

The French striker, presumably, made the switch to Stamford Bridge in hope of finding more playing time after the Gunners added Pierre-Emerick Aubameyang to a striking department which had already been augmented by the arrival of Alexandre Lacaette from Lyon last summer.

But opportunities have been few and far between for Giroud in West London, starting just two Premier League games, with six additional outings from the bench; much as he had been at Arsenal earlier in the campaign, it seems Antonio Conte views the Frenchman primarily as an impact substitute.

However, Giroud is deserving of a run in the starting XI for what remains of the 2017/18 season, and it's about much more than his two-goal cameo to spare the Blues' blushes against struggling Southampton at the weekend.

Those two strikes against the Saints were the 31-year-old's first in the Premier League for his new club. What's more, in just 29 minutes on the pitch, he netted twice as many goals as positional rival Àlvaro Morata has managed in his last ten outings.

His track record as a reliable and proven Premier League goal-scorer is one major reason why Giroud deserves to be given a chance to be considered Chelsea's first-choice striker.

More crucial still to the former Montpellier's target man's starting credentials, is the effect he has on those around him, able to link play and expert at helping buzzing attackers find scoring opportunities.

In that respect, he is the perfect option to help restore Eden Hazard to form.

The Belgian started the season in magnificent fettle, but as Chelsea grew inconsistent, so too did their No.10, with just one of his 16 all-competitions goals for the campaign coming in the his last ten appearances.

Regularly positioning Hazard in close proximity to Giroud, whether as a front two, or with the former Lille star cutting inside from his customary berth on the left wing, could see his form revitalised.

Although Morata is perfectly capable of acting as the focal point of attack, unselfishly facilitating Hazard's ability to wreak havoc in the opposition penalty area, the Spaniard has been off key for some time and appears to desperately lack confidence.

Giroud has no such issue.

While the ex-Arsenal striker has not seen as many minutes as he would have hoped over the last year, he continues to exude a calm assuredness when out on the field, a borderline-arrogant self-belief in his ability.

With proven experience of effectively working in tandem with players not dissimilar to Hazard – think Alexis Sánchez at the Emirates and Antione Griezmann for France, both fast, dynamic forwards who thrive on neat combination play in and around the box – Giroud, on paper, has the makings of the Belgian's idea partner in crime.

Even given his inconsistent playing time with Arsenal earlier in the season, Giroud maintained a higher per 90 average for open-play key passes (1.68 to 1.24) and expected goals assisted (xA, 0.16 to 0.14) than Morata has managed for Chelsea this term.

The Frenchman has already demonstrated an on-field rapport with Hazard, too, as evidenced by the way he linked with the diminutive creator to fire the Blues into the lead in their FA Cup encounter with West Bromwich Albion in February. 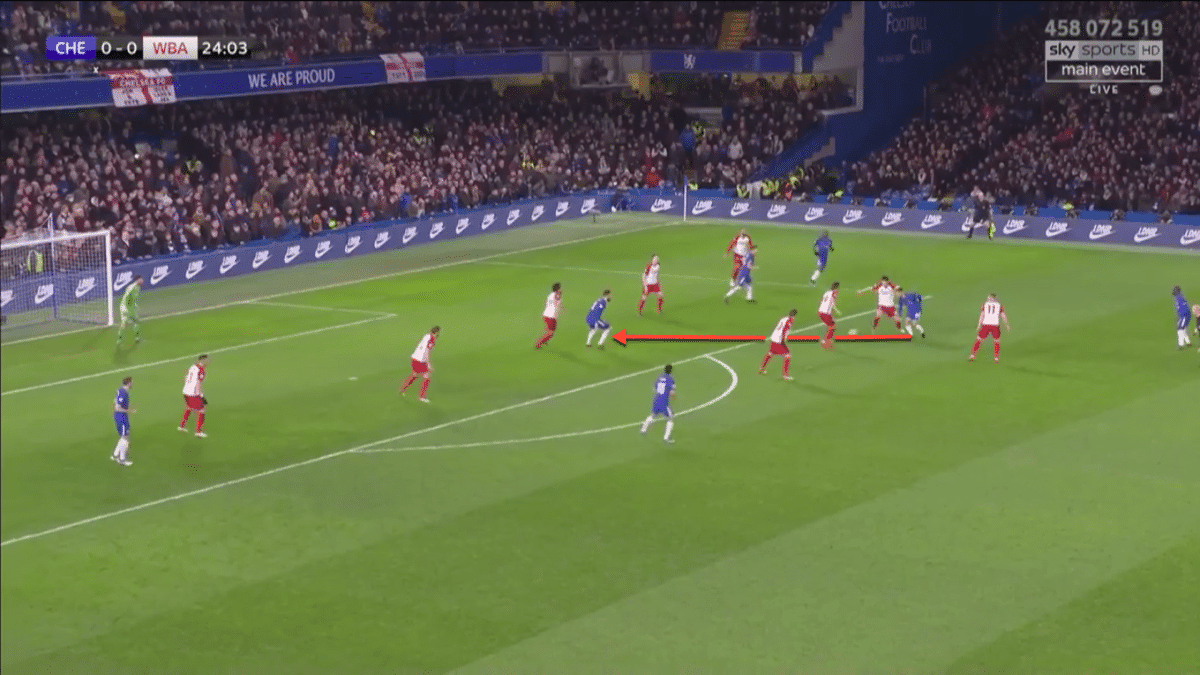 As we see above, Hazard turns on the edge of the penalty area and Giroud is immediately alert to his intentions, edging into space to receive the ball into feet. 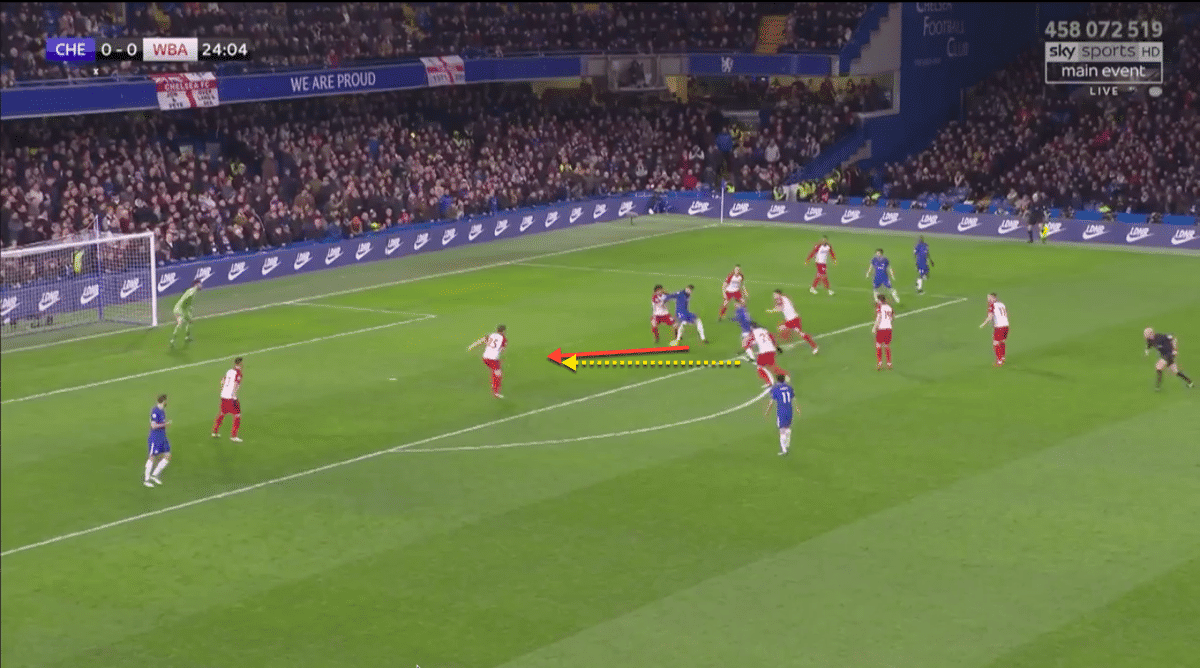 The striker then impressively holds off powerful centre-back Ahmed Hegazi and gently rolls the ball perfectly into Hazard's path, opening up the possibility of a first-time finish for the Belgian. 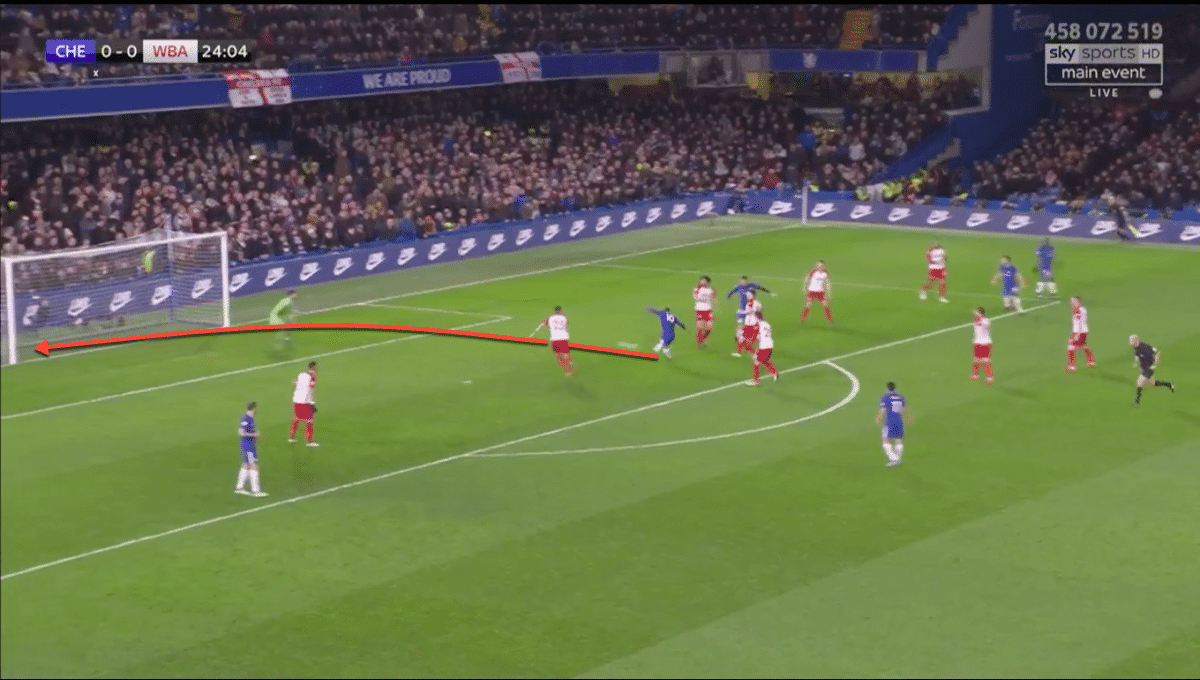 Without breaking stride, Hazard lashes the ball beyond Ben Foster, his ability to do so aided by the intelligence and subtlety of Giroud's lay-off.

Giroud's physical presence and aerial skill also allow for a more direct approach. Morata is, of course, a wonderful header of the ball, as evidenced by some of his goals this term, but he is not as deft a creator with his head as the France international. 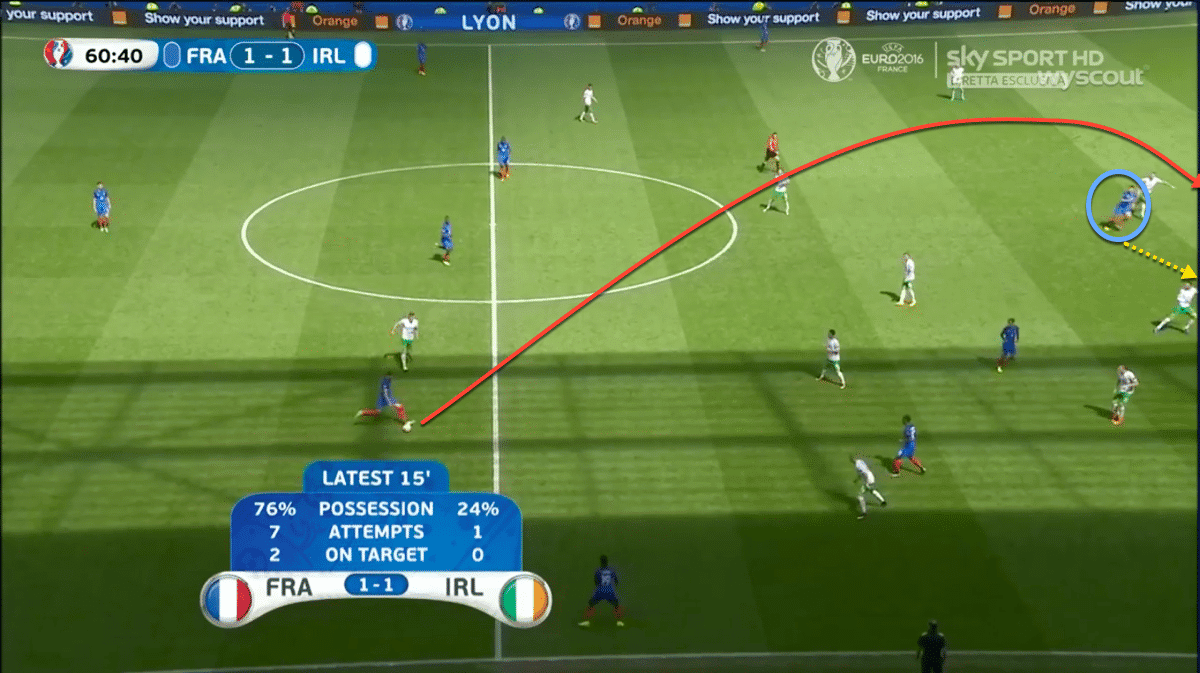 Here, in a Euro 2016 knockout game between France and the Republic of Ireland, we see how Giroud is able to combine spatial awareness, intelligent movement and sumptuous heading technique to devastating effect.

As centre-back Raphaėl Varane prepares to launch the ball forward, Giroud moves from left to right, giving his colleague a target for his searching pass while also dragging his marker out of position and creating space for Griezmann to exploit inside. 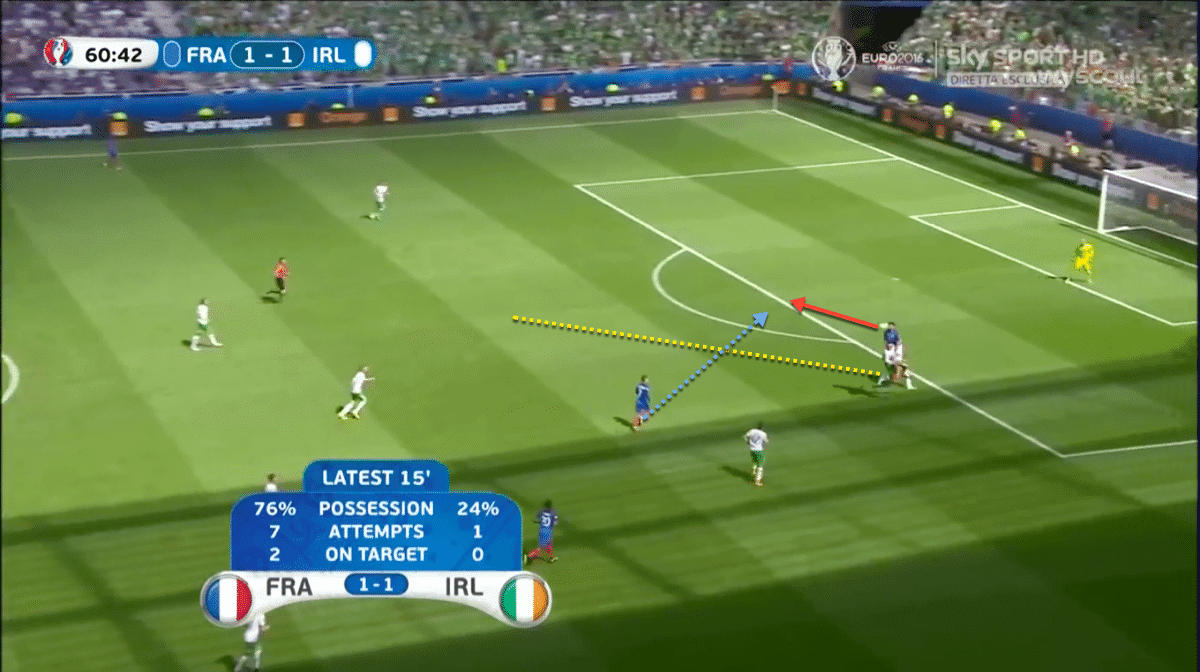 Meeting the long ball on the edge of the penalty area, Giroud delicately cushions a header into Griezmann's path as the Atlético Madrid forward breaks into the vast acreage his strike partner has created before finishing confidently.

With his quick-thinking, pace and cool finishing ability, it's easy to picture Hazard benefitting from similar scenarios in Chelsea blue.

Still only 25, and given Chelsea forked out a club-record fee to bring him in from Real Madrid last summer, Morata remains the future of the Stamford Bridge frontline.

But, as they build towards putting up a stronger title challenge next term, starting Giroud up front, in the short term at least, is the right move for Chelsea.