Girona: The La Liga Side With Man City Connections

First it was Manchester. Then New York, Melbourne, Montevideo, Yokohama and now Girona. City Football Group has its eyes on global domination as it buys clubs around the world.

Manchester City’s owners added to its portfolio last month by acquiring a 44.3 per cent stake in Girona, alongside Pep Guardiola’s brother Pere Guardiola, who has an equal stake as well.

They are the sixth club now that City Football Group have shares in or own, after Manchester City, New York City, Melbourne City, Yokohama F. Marinos and Club Atlético Torque.

It’s the start of what could be a very exciting ride indeed for newly-promoted La Liga side Girona.

City Football Group’s purchase of them isn’t the first time the two clubs have been linked.

In 2015, Pere and his business partner in the Media Base Sports agency, the agent Jaume Roures, bought 80 per cent of the club when they were in Segunda.

Within a few weeks of the takeover, an informal partnership with City began that, saw them take three of the English club’s players on loan.

First, City signed Girona’s former France Under-20s central defender Florian Lejeune, now of Newcastle United, for around £225,000 and loaned him back to the Spanish club.

The Manchester side also signed the striker Rubén Sobrino, 23, from Segunda side Ponferradina for £375,000, loaning him to Girona.

From City’s own youth team came the Nigeria junior international Chidiebere Nwakali, 19, who had formerly been on loan at Málaga’s B team, Atlético Malagueño.

January 2016 saw another another City junior player, Pablo Maffeo, 18, a Spanish right-back who is represented by Pere, and bought by City from Espanyol in 2013, join Girona on loan.

There are now six players at Girona from City: Maffeo, Aleix García, Douglas Luiz, Larry Kayode with the senior side, and Kjetil Haug with the B team.

The two sides also met in a friendly last month, with the Spanish side winning 1-0.

With the City Football Group’s involvement in the club coming at the same time they earned promotion to La Liga for the first time in their 87-year history, it’s heady days for Girona.

A turnaround in fortunes

It’s hard to believe this was a club that was sold for just a euro back in 2012 because of its huge debts.

They also seemed like a club that could never be promoted.

Just two years, they were involved in one of the most sensational collapses ever.

The Catalan side needed a win against Lugo on the last day of the season to seal promotion, but conceded an injury-time equaliser to condemn them to the play-offs, which they went into as favourites.

They certainly lived up their billing, winning 3-0 at Real Zaragoza, but then being thrashed 4-1 in the return leg at home, going out on away goals.

That wasn’t the first play-off heartbreak in recent years – they failed to win them in 2013 – and it wasn’t the last – they had a similar fate in 2016.

It felt like they were unable to deal with the pressure of such big games, and of course there were fears last season could turn out the same.

But a 0-0 draw against Zaragoza – who else – on the last day of the 2016/17 season confirmed them finishing second and sealed automatic promotion.

Defender Jonás Ramalho admitted he wasn’t sure the day would ever come.

“The truth is, those experiences never leave you: They're always on your mind,” he told ESPN.

“You think back to those previous years and you think: What if it happens again?

“We had games this season that we could have killed off and virtually assured promotion and it wasn't to be – and you do start to wonder.

“There are moments the squad, the fans, all of us start wondering if it's going to happen again.

“Getting to that point like that helped. And in the end, we reached our target. We pulled that thorn from our sides.” 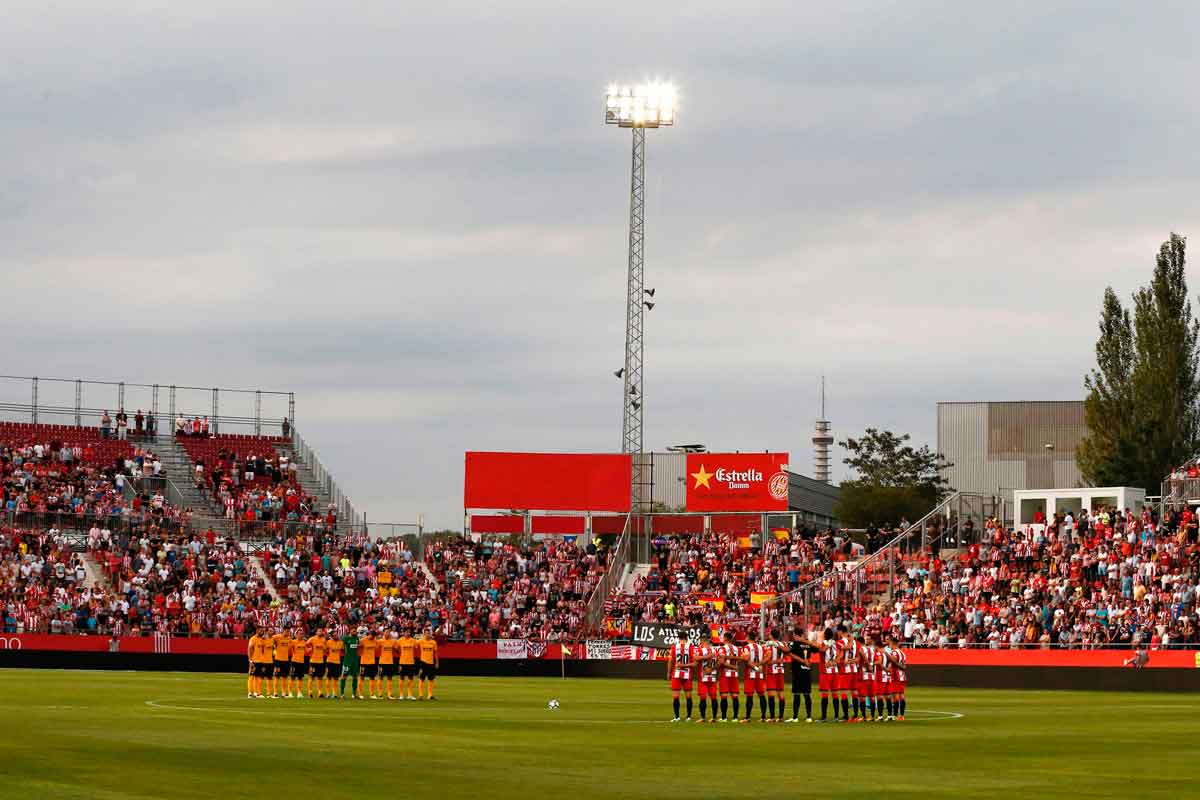 And Ramalho and company have lived up to life in the top flight.

Two games in and they are unbeaten.

They should have two wins from two as well, but Atlético Madrid came from two goals down with ten men to equalise in the 85th minute.

Their first win did come against Málaga just a week later in front of nearly 10,000 people at the Estadio Municipal Montilivi.

That number may not seem big for a top-flight club, but when you consider Girona were used to three-figure attendances, it is incredible.

Just 100 kilometres away from Barcelona, it was often in the shadow of its neighbours in Catalonia, but things are starting to change.

“Traditionally, this is a city of Barça fans,” manager Pablo Machín said after promotion.

The city has been long associated with being a place you could live well, where you can eat in a restaurant with three Michelin stars, or more recently it’s somewhere where you can go on a Game of Thrones tour – part of the hit series was filmed there. But it was never associated with top-flight football until now.

It’s early days but Girona look to have taken to being a La Liga club like a duck to water and with the links to City Football Group too, you only feel the future is bright for them.

How fair is Manchester City's interest?

While the deal may appear to be largely positive for Girona, it raises a number of questions as to how fair it is for other teams.

There are obvious questions as to whether there is a conflict of interest – all of City Football Group's other interests have been out of Europe other than Manchester City themselves.

UEFA’s rules state that: ‘No individual or legal entity may have control or influence over more than one club participating in a UEFA club competition'.

Of course Girona aren't in the Champions League, or even in the Europa League. But what if they were?

City will have got round this, as their definition of control will surely be owning a majority of both clubs.

City have structured the deal at 44 per cent apiece with their manager’s brother – but not outright owners.

Indeed, with RB Leipzig and Red Bull Salzburg being allowed to both play in the Champions League – UEFA decided Red Bull is only a sponsor and does not own Salzburg and doesn't operate a ‘decisive influence' on both clubs – will surely mean that if their is a conflict of interest, City's lawyers will be confident.

It's not just in Europe where there is an issue too, in Spain as well there have been questions.

La Liga president Javier Tebas has accused the two clubs of trying to “cook the books” by undervaluing the five players loaned from City to Girona this summer – something the Premier League club deny. In fact they have reportedly threatened legal action if he repeats the claims.

It's down to Girona not paying fees for García, Kayode, Luiz, Maffeo and Moreno.

In Spain, it's normal for clubs to pay fees, while City don't tend to expect them.

It created a problem due to the Spanish league's own FFP rules, which control the amount clubs can spend on players by linking it to their declared revenues.

The arrival of the players, worth more than £10million combined but free to Girona, could have given them a competitive advantage and the transaction was queried.

“For our FFP purposes, we've had to increase the values of these players, so the loans did not represent unfair competition within our league. Girona has accepted it and there is no problem,” said Tebas.

But even after the City loan players were revalued, Girona were found to have not breached their Spanish spending limit.

In just one summer since City Football Group took over, there are already a number of questions over their involvement – even if they have passed all the potential legal issues. Expect their relationship to be questioned even further if it carries on helping Girona's stock grow in Spanish football. 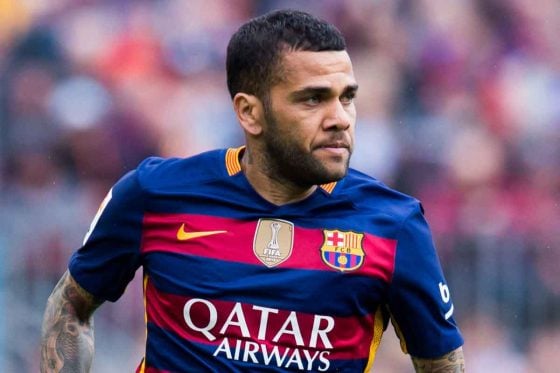 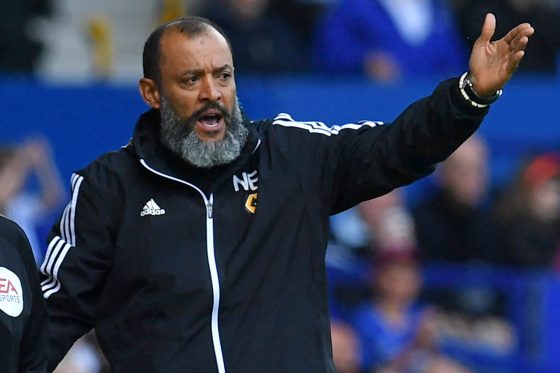 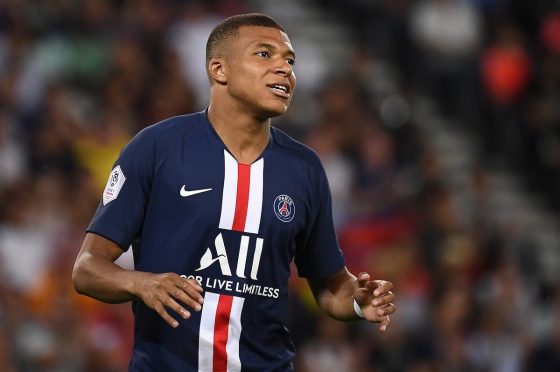