Gini Wijnaldum carries the weight of an entire fan base on his shoulders as he heads into the second leg of the Champions League quarter-final against Manchester City. The 27-year-old looks set to be deployed as Liverpool's holding midfielder for the tie, with Jordan Henderson suspended and Emre Can still injured.

Liverpool may travel to the Etihad with a three-goal cushion but they're up against a City side who have scored three or more goals in 23 matches this season. The Dutch midfielder could be in for a long night, with Pep Guardiola's men having a point to prove after conceding seven goals in back-to-back defeats.

It'll be a baptism of fire for a player who started life as an attacking midfielder, and if he wilts then Liverpool's journey in Europe's elite competition could come to an end. His performances in the Eredivise convinced Newcastle United to part with £14.5million and he finished his one and only season at St James' Park with 11 goals.

The £25million move to Anfield saw Jürgen Klopp look to use him in a deeper role as part of a midfield three. He excelled early on beside Henderson and Adam Lallana, essentially becoming the link between his two partners in the middle third.

The Liverpool manager has also used him in a more forward role, as well as part of a back three. The No.6 role is a foreign position for the versatile Liverpool No.5, but it's one he's not entirely a stranger to. Klopp utilised him there during pre-season and he played 90 minutes shielding the defence in what was one of the most tepid of Merseyside derbies in recent memory last weekend. 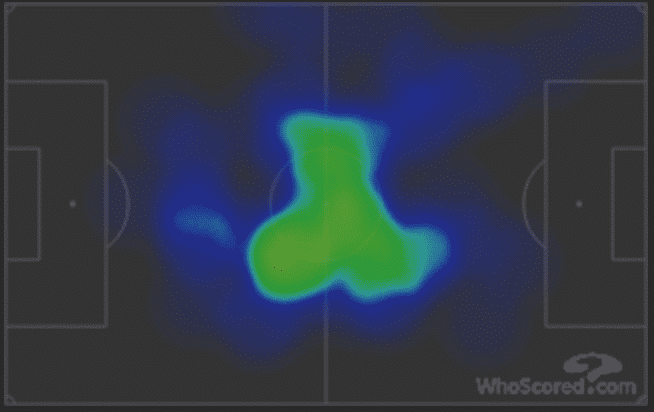 His performance at Goodison Park really caught the eye, and for all of the right reasons. His composure on the ball was a welcomed site and though Everton failed to get out of first gear, there were plenty of reasons to suggest Wijnaldum's audition couldn't have gone any better.

The heat map above, courtesy of whoscored.com, shows that the Netherlands international wasn't dropping as deep as Henderson normally does to pick up the ball. Again, the lack of tempo on the day helped Wijnaldum ease his way into life as the deepest midfielder; he was basically patrolling the halfway line. It's doubtful his heat map against City will be anything like it was against the Toffees.

However, it wasn't his positioning against the champions-elect which resulted in so much praise; it was his use of the ball. The ex-PSV captain finished the match with a 94 per cent pass success rate, having attempted to find a team-mate on 81 occasions – a significant increase on the 39 passes he's average per 90 minutes this season in the Premier League. His pass accuracy was also up from the 88 per cent he's averaged throughout the campaign.

For context, Henderson, the man usually tasked with playing the deepest role in midfield, has averaged 79 passes and an 85 per cent success rate so far this season. And the Liverpool captain completes 0.7 dribbles per 90 minutes, way below the three the Dutchman managed against their Merseyside neighbours.

It's the latter stat which is the one to take notice of as the Reds head to Manchester. Guardiola will no doubt have his side riled up; they're going to want to press from the off and force Liverpool to go long, similar to how the second half at Anfield played out.

City are one of the best teams in Europe when it comes to pressing, as the video above shows. Henderson is a lot of things but press resistant he is not. He would have had a bullseye on his back on Tuesday evening if he started. The panic in his play when he's pressed when facing his own goal is hard to ignore.

At the complete opposition end of the scale is Wijnaldum.

He's comfortable in possession. The former Feyenoord youngster is used to receiving the ball under pressure having honed his craft in the final third where he was expected to have very little time on the ball. He can slalom his way into space, and he did just that against Everton. 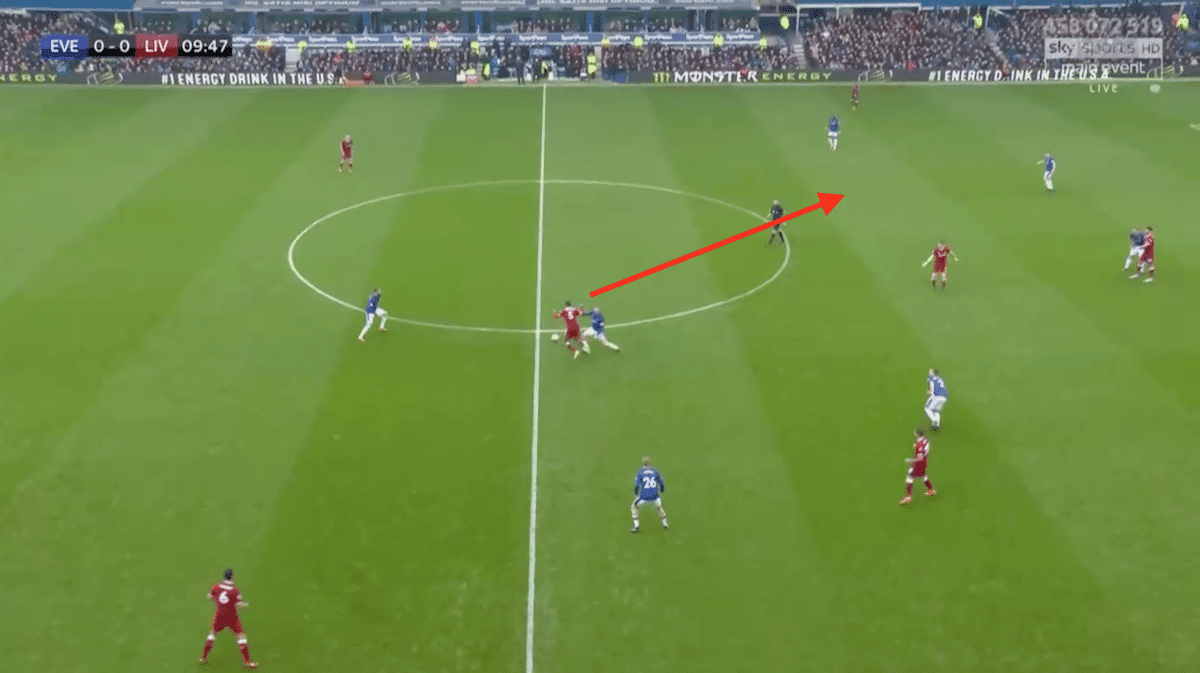 In the picture above, the Liverpool No.5 is in something of a sticky situation. He has to use his quick feet to evade the tackle and ensure Cenk Tosun isn't able to regain possession. The home side are in a good position to counter if there is a turnover in play. But Wijnaldum doesn't let that happen.

The Reds midfielder could then play the ball to Ragnar Klavan on the left-hand side of the pitch, but instead drives into space. 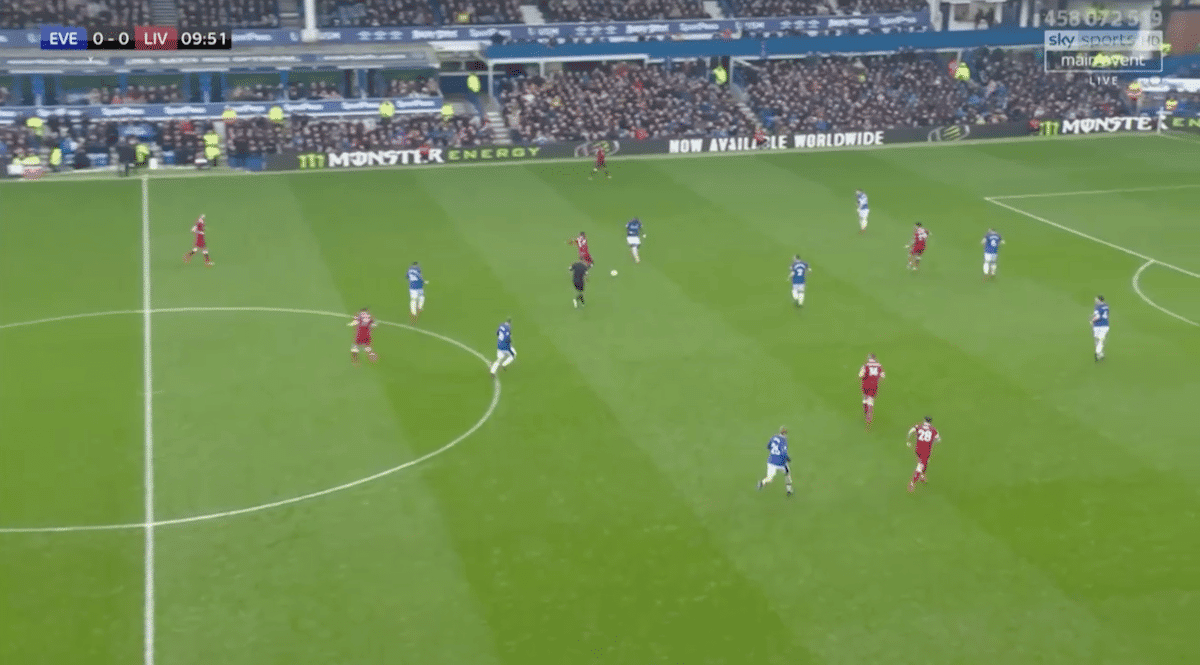 He eventually plays the ball to Dominic Solanke, having carried it forward despite the fact he picked up possession under pressure. It's rare to see a player in red travel with the ball like that, with Henderson often looking to play early passes. That's not to slight the Liverpool skipper, it's just something he doesn't have in his locker. 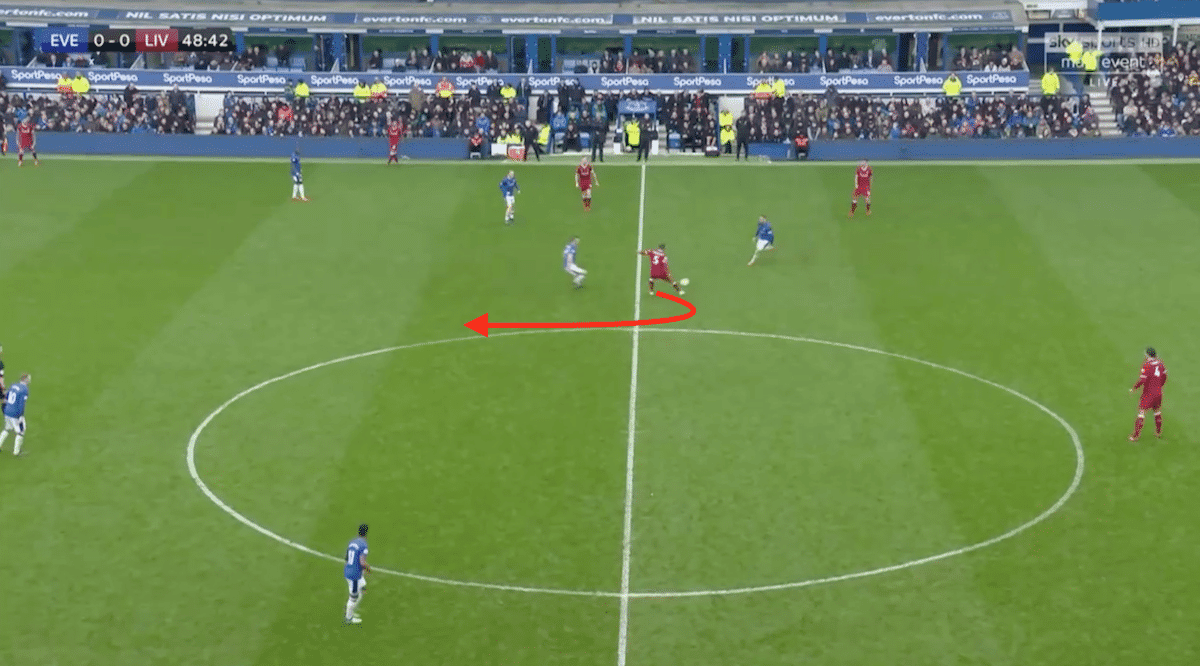 Wijnaldum rolled Wayne Rooney in the first half and put the former Manchester United man on the floor. In the picture above, Wijnaldum receives a pass with a Morgan Schneiderlin closing in on him from behind and Tosun pressuring him from the front.

The home side are looking to close the pitch and force the Liverpool midfielder into rushing. But, easy as you like, he turns Schneiderlin and attacks the space the former Southampton powerhouse had recently vacated. 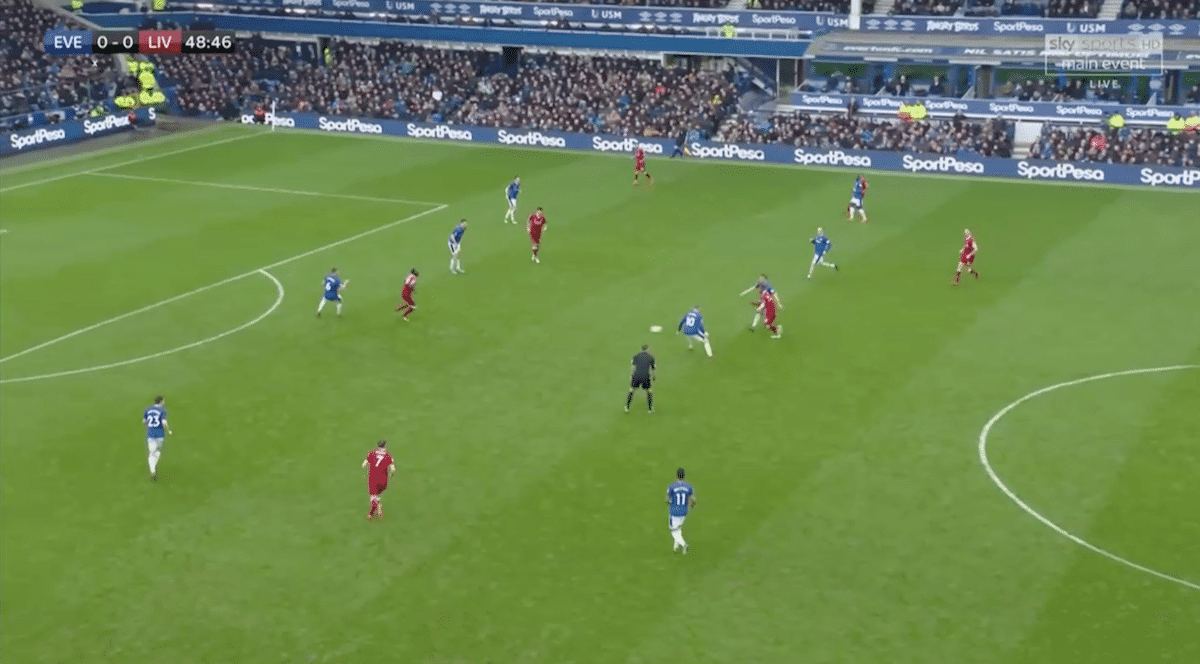 The Liverpool midfielder carries the ball forward before playing it into the feet of Sadio Mané. Nothing comes from it but it was encouraging to see Wijnaldum picking up possession under pressure and jinking his way out of what could have been tricky situations.

City will be much more organised and there's no chance their midfield will be as poorly spaced as Sam Allardyce's. The ex-Newcastle man will have a pivotal part to play if Liverpool are to repel the waves of blue coming their way. The fact he's perpetually on the half-term is an advantage when playing this role. Wijnaldum could be a key factor in the Reds scoring an all important away goal if, like at Anfield, they're looking to make it a game of transitions.