Plymouth don't have good experience of visiting Gillingham but an end of campaign match with nothing but three points on the line makes for a good opportunity to change that. Can they? Find out with our Gillingham vs Plymouth match preview with free tips, predictions and odds mentioned along the way.

Gillingham vs Plymouth: Tips for you

In this dead rubber of a match we're making the prediction that Gillingham win. Plymouth have spent a lot of the season looking over their shoulder but now they know they are a League One side again next season; it is not because of their own good form though because they've lost five of their last six matches with the anomaly being a draw. Gillingham have hardly been a team of world beaters either but have only lost two of their last 10 at home. With Plymouth unlikely to come out all guns blazing after a tough season the Gills should have enough to win the game; they've won their last six home matches against Plymouth too.

Expect both keepers to have their work cut out

Let's be clear before we dive into the second of our tips. We do not expect this match to be a classic by any stretch of the imagination but we do think they'll both play their part in a respectable game here. Plymouth have been involved in games where both teams have scored in three of their last five including the Pilgrims having scored against Sunderland and Oxford – two of the leagues better sides. Gillingham have also seen goals on both sides in three of their last five and then, to cap things off, seven of the last 10 head to heads have seen both notch too.

Our last tip is a simple amalgamation of the first two predictions. We believe Gillingham will win and we don't expect them to keep a clean sheet; after all, they've conceded in seven of their last 10 home games whilst Plymouth have scored in four of their past five games on the road despite not winning any of them. Finally, there is the head to head games to consider again. In the last five to be played at the Priestfield Stadium, Gillingham have won not to nil in four of them including the last three.

Gillingham to end season with a win

You can fully expect this game to have an end of season feel to it with neither side likely to be putting their bodies on the line. What it does mean though is that players might express themselves a little more than usual; combined together we could see a nice exhibition of League One football.

Gillingham vs Plymouth: Quickfire round up 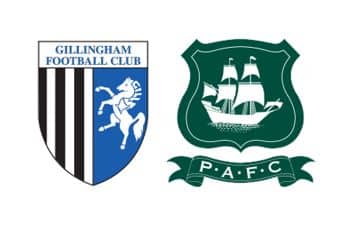