If the runner up in this list Dino Zoff struggled to get his break in Serie A, there were no such reservations when it came to Gigi Buffon. Indeed, at the age of 14, Parma’s goalkeeping coach told him he would be a first team regular by the time he was 20. “What am I supposed to do until then?” came the youngster’s impatient response.

He would not wait that long, breaking into the side at just 17 as he famously kept a clean sheet on his debut against Milan at San Siro. A stellar Rossoneri attack featuring Zvonimir Boban, Roberto Baggio and George Weah could find no way past Buffon, and they would not be the last strikers to struggle against him. 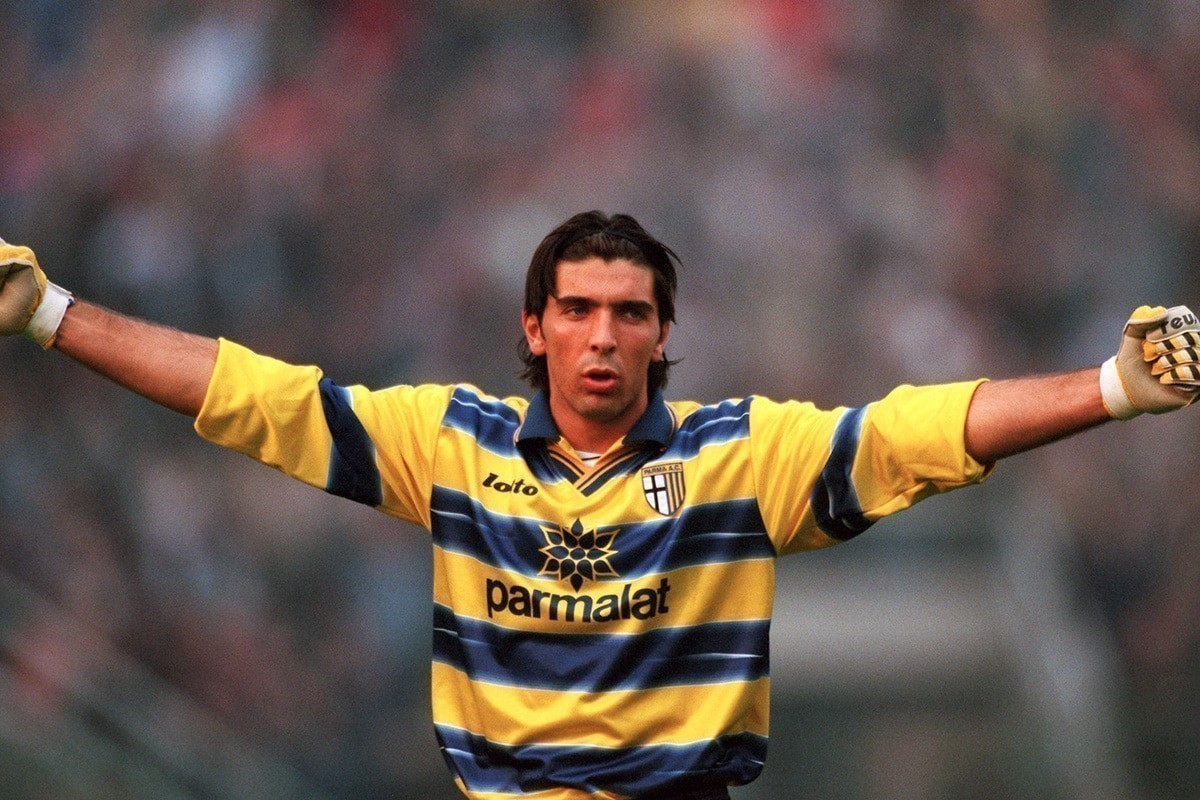 Already wise beyond his years, Buffon would take to wearing a Superman t-shirt soon after his debut and it would provide a moniker which remains to this day. Charismatic, vocal and armed with superb reflexes, he has spent the next two decades showcasing a remarkable sense of positioning, excellent technical skills and supreme athletic prowess.

Able to make routine stops with ease, he has shown a keen ability to make incredible stops with an almost nonchalant air, denying almost certain goals with mundane regularity. Perhaps the most remarkable part of that is that Buffon only became a goalkeeper at the age of 13, inspired by the displays of Cameroon’s Thomas N'kono at the Italia ‘90 World Cup.

While he now has a son named after the African star, Buffon has spent his own career surpassing every single record and achievement that had stood before him. He would leave Parma in 2001, joining Juventus for a fee of €53million that remains a world record for a goalkeeper. By then he had already won the UEFA Cup, a Coppa Italia and a Supercoppa Italiana, but it was with the Bianconeri where he truly shot to prominence.

In the 17 seasons since that transfer was completed, he helped the Old Lady win nine Serie A titles, while also staying with the club when they were relegated in 2006. That saw him also add a Serie B crown to his collection, while he has also collected four more Coppa Italia winners medals and played in two Champions League Finals.

He has also become the most capped Italy international in history, his tally standing at a staggering 176 appearances for the Azzurri who he helped to win the 2006 FIFA World Cup and played in two European Championship finals before a tearful retirement (below) in 2018, as Sweden denied the Azzurri a place at the 2018 World Cup.

That marked a summer of change for Buffon who swapped Turin for Paris, signing a one-year deal in the French capital with the option of a second. Buffon shared goalkeeping duties with and it did not work out. He made 25 appearances for Les Parisiens but got no nearer winning the Champions League.

A free agent once more in the summer of 2019, the legendary stopper returned to Juventus on a one-year deal. Offered the No.1 shirt by Wojciech Szczesny and the captaincy by Giorgio Chiellini, Buffon declined. In his second spell with Juventus, Buffon has equalled Paolo Maldini for the Italian player with the most club (902) and Serie A appearances (647) as well as Alessandro del Piero for the most league appearances (513) for the Bianconeri. 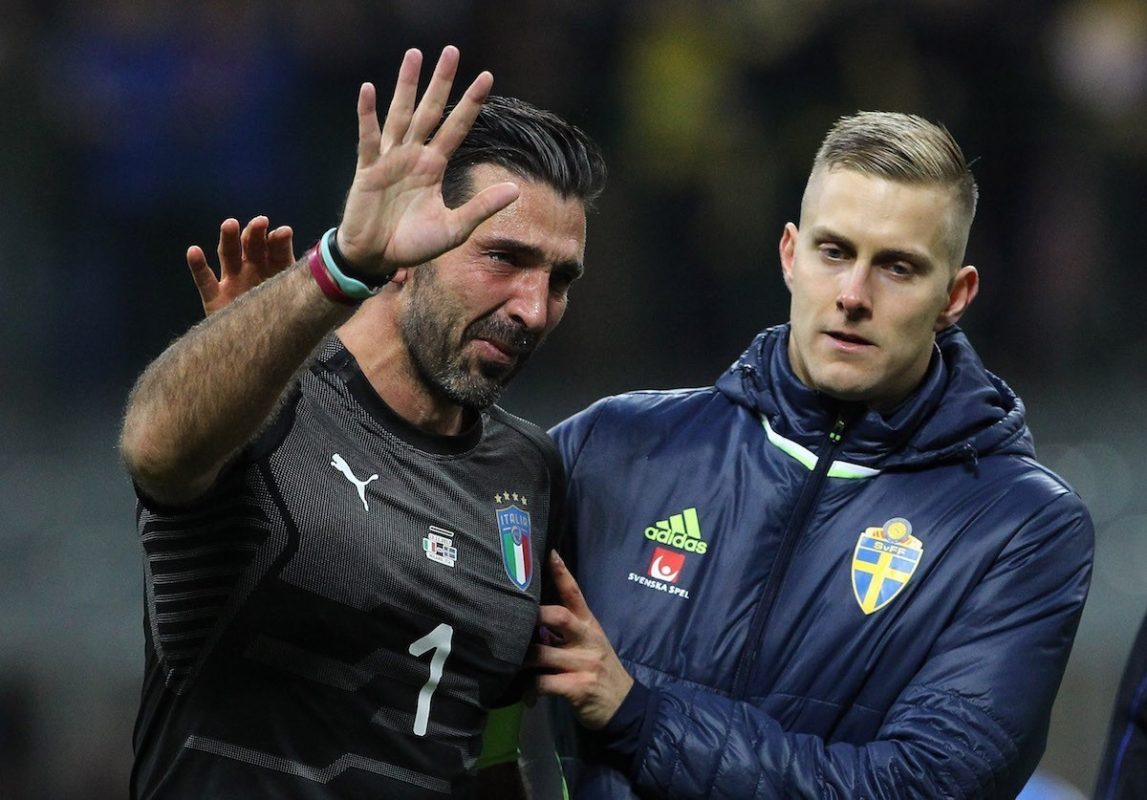 Where to begin? For every other player on this list, we were able to identify a single moment in time that saw each goalkeeper come to the fore. For Buffon the standout moment has lasted 23 years.

It began with that debut at San Siro for Parma, and continued with Juventus where he made a string of unbelievable saves to help clinch that seemingly endless run of Serie A titles. The 2003 Champions League final saw him make a breathtaking stop from a Pippo Inzaghi header that graces endless highlight reels, while his saves in the penalty shootout were not enough to seal a win for Juventus.

At the 2006 World Cup he was Italy’s best player, making save after save against Germany in the semi-final while denying a header from Zinedine Zidane to keep the scores level with France.

Even in recent years, as his ability faded somewhat, Buffon continues to be simply brilliant and perhaps that is where his true brilliance shines. In 2016/17, after Juventus struggled to overcome an exodus of veteran talent, the captain went on TV and slammed his team-mates, his cutting words shaking the side into life and sparking a run of 25 wins in 26 matches to seal a fifth consecutive title.

During that run, Buffon would break Sebastiano Rossi’s clean sheet record and set a new benchmark of 974 minutes, then carrying his form over into Euro 2016. A spectacular performance against Spain helped the Azzurri eliminate the holders, prompting him to celebrate like a much younger man as he ran and leapt onto the crossbar.

Falling off and landing in a heap, a joyous Buffon — then aged 38 — simply laughed at himself and went off to prepare for the next match. 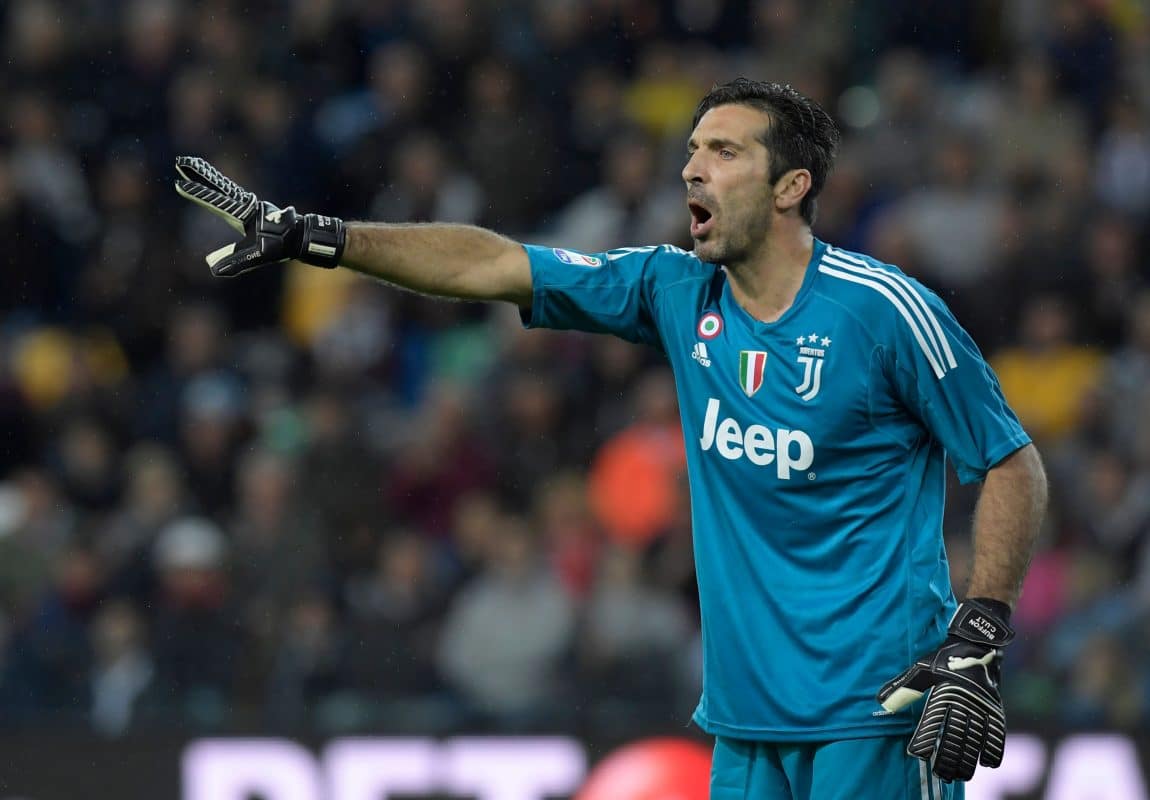 A leader, a stellar goalkeeper and a supreme athlete, there is very little that Gigi Buffon cannot do. He has taken the benchmark set by Zoff, erased it and drawn a new mark with even higher standards that may never be surpassed.

“The best goalkeeper I have ever faced was Buffon,” Zlatan Ibrahimović once said. “When I was at Juventus, it was already difficult to get past Cannavaro and Thuram during training sessions, but if I did then I would find Buffon, and it was almost impossible to beat him!”