Two teams that could really use a win go head-to-head in the Allsvenskan this weekend. Hosts GIF Sundsvall sit second from bottom as things stand but are in danger of falling below Degerfors if they lose on Saturday, while the most Varberg can move up this weekend is one place.

There is a good chance that we will be treated to goals in this game as both teams have poor defensive records. Four of the last six meetings between these two clubs have witnessed at least three goals scored with Varberg running out 4-1 winners on their last trip to Sundsvall. Over 2.5 goals have been scored in three of Sundsvall's last five matches, including two heavy home defeats against Hacken (5-1) and Djurgarden (5-2), while four of Varberg's last five matches have also seen three or more goals scored.

Goals have been scored at both ends of the pitch in three of the last five meetings between these two clubs, and we're predicting more of the same this Saturday. Four of GIF Sundsvall's last five league games have ended with both teams getting on the scoreboard and the hosts haven't kept a clean sheet in any of their last six matches. Varberg have failed to score in their last three games but have netted 5-goals in their last six outings and should get plenty of chances against a generous Sundsvall defence.

Sundsvall made the trip to Helsingborg last time out where the two struggling teams played out a tight and tense 90-minutes. Helsingborg took the lead on the half-hour mark through Gigovic and led 1-0 at the break. Sundsvall tried their best to carve out an equaliser but lacked quality in the final third, so ended up losing the game 1-0.

Varberg might have had the home advantage against Hammarby on Monday night but it didn't aid them in any way. Ludwigson scored twice inside the opening 20-minutes to hand Hammarby a 2-0 half-time lead. The next goal was always going to prove vital to Varbegr's chances of getting anything out of this match and when Besara made it 3-0 in the 65th-minute it was all over for the home side.

Sundsvall: the hosts have no fresh injury concerns or suspended players this weekend.

Varberg: Robin Tranberg and Ismet Lushaku are both suspended for the trip to Sundsvall, while Hampus Zackrisson will miss out with an injured foot.

Your Questions for GIF Sundsvall vs Varberg 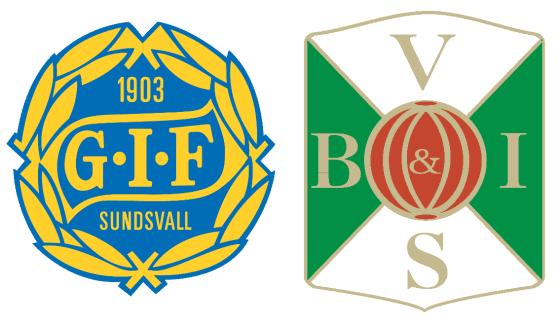