Djurgarden will be hoping to close the gap on the league leaders this weekend by securing all 3pts away at third-from-bottom Sundsvall. The hosts have only managed to pick up 6pts from their opening 10-matches and boast the joint-worst goal difference, -15, in the Allsvenskan this season.

All you need to know ahead of GIF Sundsvall vs Djurgarden

Sundsvall made the trip to Goteborg before the international break. That game looked to be heading for a goalless draw with neither team able to break the deadlock in the first 86-minutes but two goals in the final 3-minutes of the match from Berg handed Goteborg all 3pts.

Djurgarden were in top form last time out at home to Varberg, taking the lad through Finndell after just 10-minutes. The very same player made it 2-0 in the 35th-minute as Djurgarden stamped their authority on the match. After the break, the hosts added a third goal via Schuller in the 67th-minute and went on to add a fourth goal 11-minutes from time through Asoro.

GIF Sundsvall: Andreas Andersson is the main injury concern for the hosts this weekend.

Djurgarden: Rasmus Schuller misses out due to a suspension, while teammate Elliot Kack has a problem with his knee. 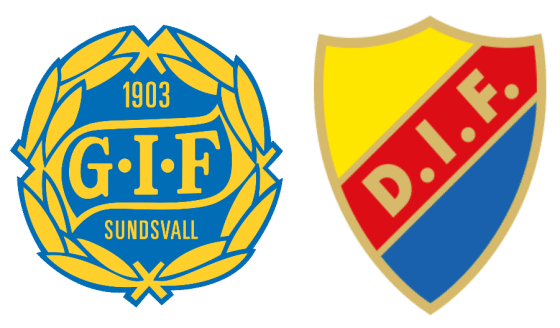