Goalkeepers are renowned for peaking late. Their position is widely seen as the least physically taxing, something perhaps proven by the fact many play on well into their 30s and, in some special cases, 40s. They have a tendency not to establish themselves until their mid-20s, however some start early.

And proving that point is Milan stopper Gianluigi Donnarumma.

Iker Casillas became Real Madrid’s No.1 at the age of 18 while Gianluigi Buffon made his debut for Parma at just 17 years old. More recently, at 18 and 19 respectively, David de Gea and Thibaut Courtois were Atletico Madrid’s first-choice stoppers.

Two years ago Alban Lafont became Toulouse’s primary goalkeeper at the age of 16 years and 310 days. Surpassing all of the above, however, is Donnarumma, who was included in our list ofthe ten best teenage footballers in Europe.

The Italian’s debut for Milan came at 16 years and 242 days. It was October 25, 2015, and the Rossoneri were hosting Sassuolo at the San Siro. A shaky start to the campaign had been punctuated by some jittery performances by Diego Lopez between the posts. The former Real Madrid man found himself dropped in favour of Donnarumma. Milan won 2-1 that day and there was a huge amount of intrigue over the decision to replace Lopez with an unknown teenager.

While it involves little running, the goalkeeper position creates strain in other ways. Mentally, it requires immense fortitude, concentration and an ability to remain alert even when isolated for prolonged periods of time. In addition, a goalkeeper’s mistakes are the most visible in football – often they lead to a goal conceded. Thus, giving the No.1 jersey to a 16-year-old, especially when it involves playing for one of the most illustrious clubs in Europe, is an extremely bold decision.

But Sinisa Mihajlovic is a bold manager. During his time as Milan’s head coach he gave opportunities to a number of young players. And, while the performances and results under his guidance were underwhelming and eventually led to his dismissal after one season in charge, he will be remembered as the man who gave Donnarumma his chance. 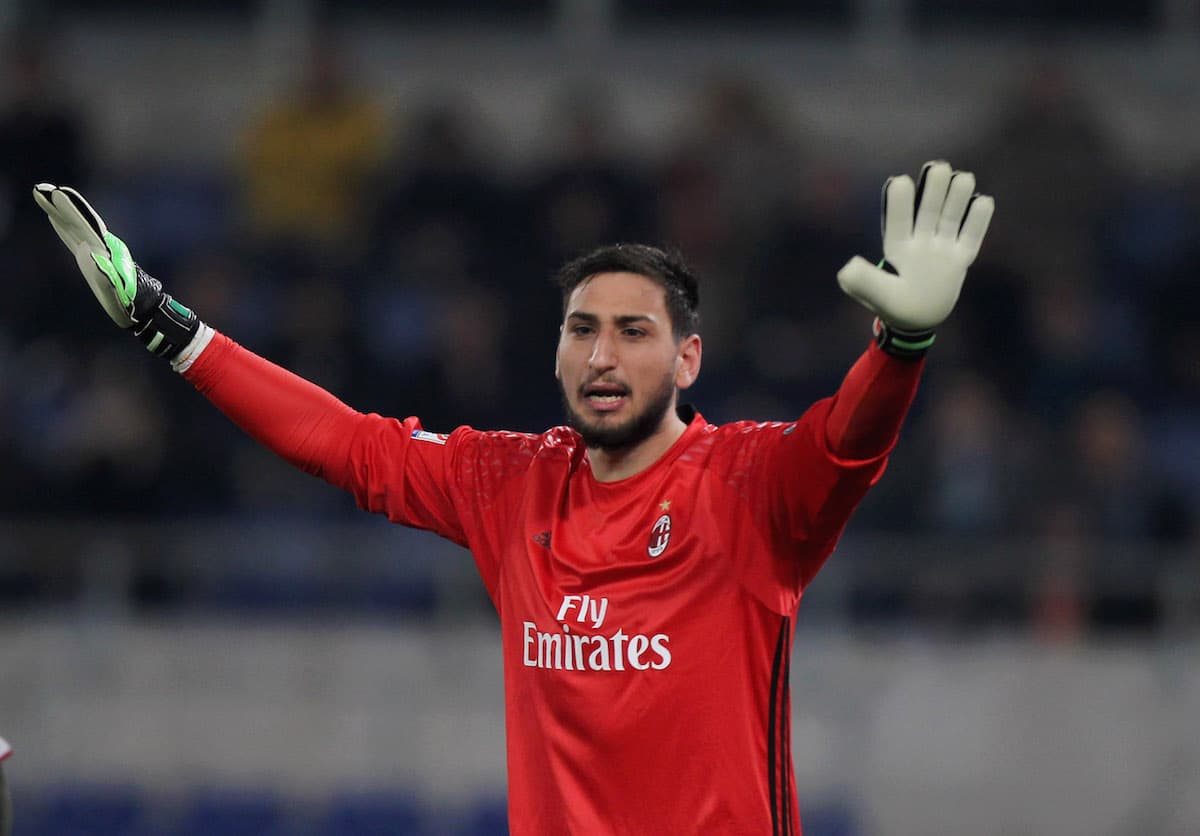 READ MORE: WHY BEPPE MORATTA IS THE ARCHITECT OF JUVENTUS' SUCCESS

Before long, people had almost forgotten about poor Diego Lopez. The Spaniard had arguably been Milan’s best player in 2014/15, but he represented the past a matter of weeks after Donnarumma’s debut in red and black. The youngster kept his first clean sheet in a home win over Chievo in his second appearance, but his first noteworthy performance came against Atalanta.

In a disappointing 0-0 draw, Donnarumma was the difference between one point and no points at all. He made flying save after flying save to deny Milan’s visitors, emphatically proving his selection not to be a gambit from an under-fire manager, but one based on merit. His next great individual display came in a 2-1 defeat to bottom-of-the-table Verona, but once again the score would have been far worse were it not for his astonishing reflexes.

By 17, Donnarumma was Milan’s first-choice goalkeeper and was being widely talked about as one of the finest young players in the world. His ascension was breathtakingly quick. Yet while his quality was obvious, there remained uncertainty over his staying power. However, with maturity beyond his years, he held on to his starting spot and continued to excel.

When he was playing youth football, opponents regularly questioned his true age. This was due to his size – Donnarumma stands at 6ft 5ins. His physical stature has always been remarkable. But it is his composure, intelligence and raw talent that have allowed him to not only maintain his spot at Milan, but grow as a player in 2016/17.

Milan’s opening league fixture of the season saw them welcome Torino, now led by Mihajlovic, to the San Siro. An exciting, back-and-forth game was served up by the teams, though Milan almost threw away a 3-1 lead with a series of late errors. Torino were given the chance to equalise in the dying moments with a penalty kick, but Donnarumma saved Andrea Belotti’s shot to secure all three points for his team.

The important saves kept coming, most notably in the 1-0 win over reigning champions Juventus in October. As the Bianconeri poured forward in the hope of scoring a late equaliser, Sami Khedira uncorked a vicious long-range strike bound for the top right corner. However, leaping across his goalmouth, Donnarumma pulled of a stunning stop to once again seal victory.

Gianluigi Donnarumma had a day to forget today.. 😧 https://t.co/wChfgdcVuJ

The future of Italy

In Milan’s most recent game, a 1-1 draw away to lowly Pescara, Donnarumma made his first glaring mistake. Failing to trap a back pass from Gabriel Paletta, the ball went over his left foot and into the net. The 18-year-old wasn’t fazed, though. “I'm sorry about the mistake for their goal, but I'm sure it will help me grow,” he told Milan TV. “It's not a mistake which is going to get me down. I'll carry on smiling.”

Those were the words of a player who had, in the recent international break, made his first start for Italy. In a 2-1 away win over the Netherlands, Donnarumma became the youngest goalkeeper ever to start for the Azzurri. He put in a strong performance to further indicate that, when his namesake Buffon retires, he will be the heir to the Juventus icon’s throne.

But comparisons to Buffon and discussions about Donnarumma’s age are mere distractions from the real talking point, which is that he is an exceptional goalkeeper in his own right. His agility is astounding, but over the last two years he has added improved decision-making, handling and ball control. He has also shown himself to be a willing organiser, commanding players almost twice his age when necessary. 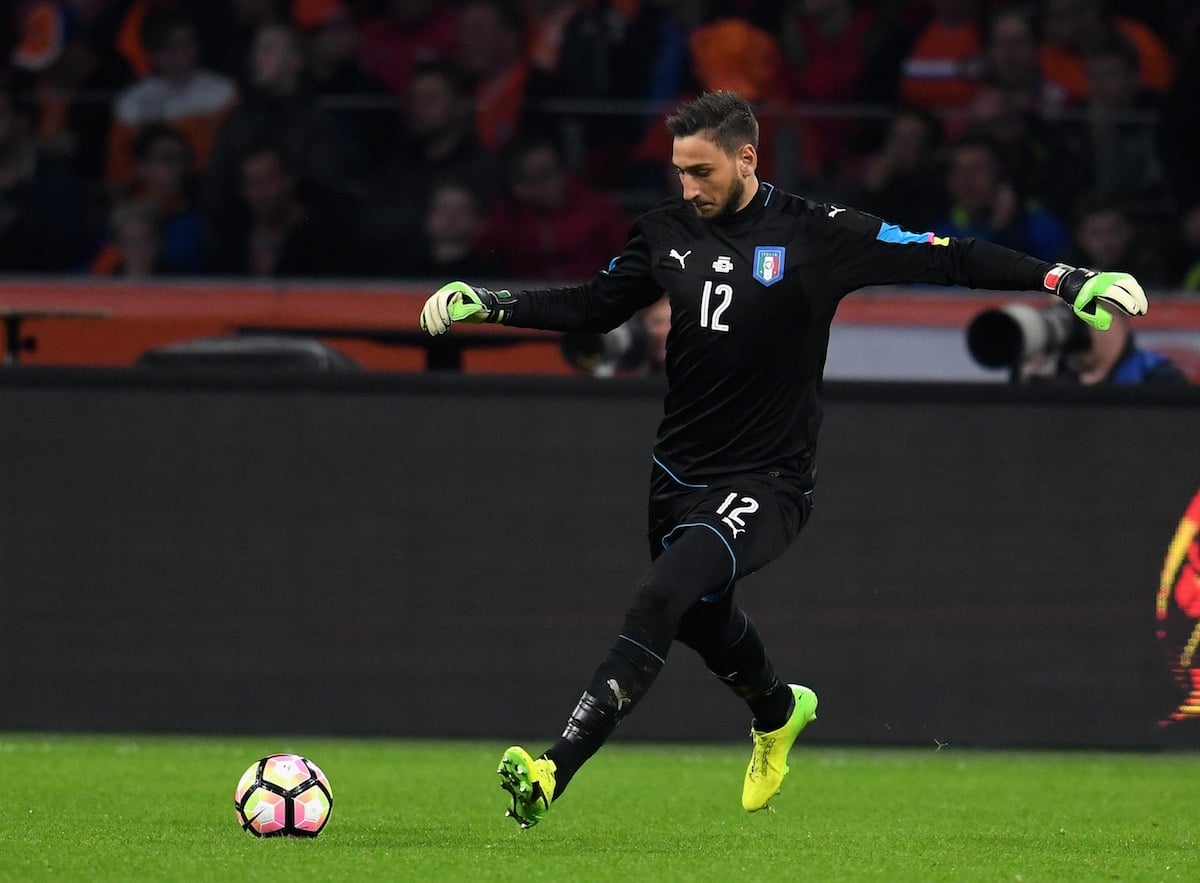 READ MORE: 9 SERIE A STARS JUVENTUS SHOULD SIGN TO RETAIN THE SCUDETTO

What does the future hold?

These traits have led to interest from other clubs. The teenager is reportedly a Real Madrid, Manchester United and Chelsea transfer target. Were he to join the former, he would effectively become the world’s first goalkeeping Galactico. And, while he has been a Milan fan since childhood, a number of factors suggest a move away is well within the realms of possibility.

Firstly, Donnarumma’s contract is set to expire next year and an extension has yet to be resolved. Secondly, his agent is Mino Raiola, a renowned deal-maker who was the architect behind Paul Pogba’s move to Manchester United last summer. Thirdly, and most importantly, Donnarumma is already one of the best goalkeepers in the world.

Milan have been poorly organised for several years and there is a chance that they will miss out on continental football for a third consecutive season. At some stage, the player’s loyalty may clash with his ambition, making a move to one of the top sides in England or Spain an increasingly alluring prospect. Were that to happen, his age wouldn’t be an issue. He may have made a fast start to his career, but Donnarumma shows no signs of slowing down.