There isn't much to choose between these sides in the middle of the table. Will we see a winner as they meet? Find out with our Ghazl El Mehalla vs El Geish match preview with free tips, predictions and odds mentioned along the way.

First of all, we would like to point out that Ghazl El Mehalla have drawn a lot of games this season; they've played 20 league games so far, and 10 of those games ended in stalemates. As a matter of fact, Ghazl El Mehalla drew three of their last five games. On the other hand, El Geish have been a difficult team to beat; they have no losses in their last 13 games, with seven wins and six draws. It's also fair mentioning that the last two encounters between these teams ended in draws; and for this reason, we believe that the spoils will be shared at the end of this match.

Can El Geish close the gap on those above them?

Both of these sides hold a top 10 position but it's the away side that really have their eyes fixed on the the leading pack; a win here for them would take them to within five points off the top three. That said, if the hosts grab the victory, they'll be just a point behind their opponents.

Ghazl El Mehalla have enjoyed some good form recently; they've lost just once in their last seven games, with three wins and three draws. It's worth noting that Ghazl El Mehalla are unbeaten in their last three games; they'll look to extend that run to four games as they host Tala'ea El Geish.

Tala'ea El Geish have been one of the most in-form teams in the Egyptian Premier League in recent weeks; they have no losses in their last 13 games across all competitions, with seven wins and six draws. El Geish will visit El Mehalla Stadium on Saturday; they'll look to extend their unbeaten run to 14 games.

A quickfire FAQ on Ghazl El Mehalla vs El Geish 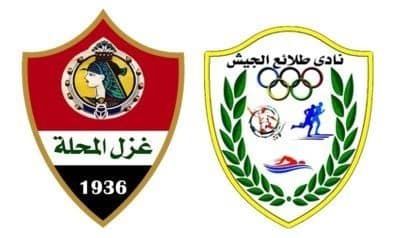