Ghana and Zimbabwe will face each other at Cape Coast Sports Stadium to make their third appearance in the World Cup qualification round. The fixture promises to be a tough duel as both teams have lost their last match and struggle to pick up some points.

Here are our predictions for Ghana vs Zimbabwe.

Zimbabwe is still waiting for a win from the last seven matches. They have lost consecutively in the last three away games. On the other hand, Ghana has been excellent in their hosting that didn’t concede a defeat since the past seven home games, winning six out of them. The Black Stars have two wins in the last five matches, both at home. Even though Zimbabwe has won the last H2H meeting, the trip to Ghana doesn’t seem favourable for them.

All the previous four individual matches of both teams have concluded the scoreline under the 2.5 goals. Ghana and Zimbabwe have managed to hit the back of the net only four and three times respectively in the last five matches. With both sides showing low-scoring outcomes recently, we expect this game to follow the same trend and have a total of under 2.5 goals.

Zimbabwe has little numbers to show in terms of goals in their previous matches by returning only one goal in the last four matches. The Black Stars have also done the same but these numbers are different at the home stadium, they have four goals on their side in the last three home games. Ghana also has managed to claim two clean sheets in the last five matches they played. So it seems difficult to see the visitors finding the back of the net.

Ghana vs Zimbabwe: Check out the best odds and the latest stats

Match Preview of Ghana vs Zimbabwe:

Ghana held their rivals to a draw but gave the lead in the last minutes and lost to South Africa in their last match. But with the help of the first win of WC qualifiers, they are second in Group G. The inability to make a good total of goals would be the most worrying thing for the team manager Milonvan Rajevac currently.

The Warriors didn’t start the season in the right way. They are yet to win their first game in the WC qualifying round. The team comes into this fixture with the dramatic defeat of their last match against Ethiopia. The team is the last in their group and needs more discipline to bounce back in the coming days.

Questions About Ghana vs Zimbabwe 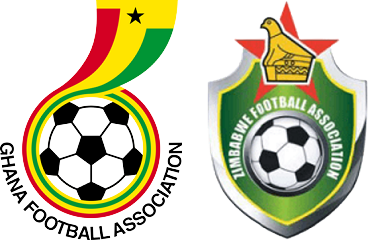 Where is the game being played? Cape Coast Sports Stadium (Cape Coast).