Getafe are used to punching above their weight.

Located on the outskirts of Spain's capital, they are dwarfed in stature and, in a global footballing sense, significance by neighbours Real Madrid and Atlético.

They operate on a shoestring budget with, as The Guardian‘s Sid Lowe points out, last weekend's starting XI constructed for around the equivalent of a month's earnings for Lionel Messi.

With their tidy yet modest 17,000-capacity stadium and a history which, thanks to a dissolution and reformation, stretches back only 36 years, that Getafe have maintained a place in La Liga for 14 of the last 15 season is, in itself, a major overachievement.

So, then, the fact their 2-1 victory over Rayo Vallecano in a Madrid derby – of course not the Madrid derby, the definite article reserved for city's definitive powers – took Getafe to fourth place in the Spanish top flight, above perennial European contenders Sevilla, is nothing short of astonishing.

Most seasons, in almost every league, there is a surprise package, a side who rise above their usual station to rub shoulders with clubs whose means and resources greatly outstrip their own.

But the vast majority of such unlikely contenders peter out and regress to the mean as quickly as they had risen, trodden back down by the usual dominant forces and clipped round the ear for their insolent ambition as the go; just this season in the Premier League, Watford and Bournemouth sprung up early on, before quickly being ousted from the closed club that is the top six positions. 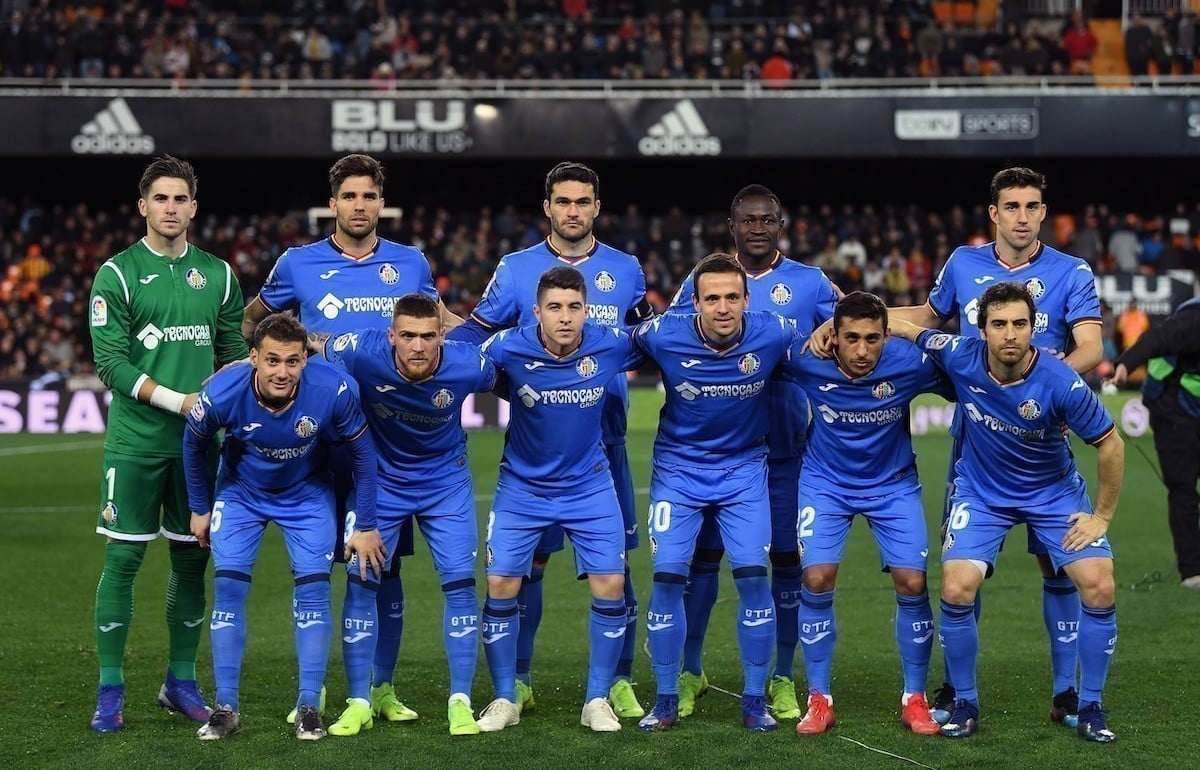 Yet here we are, with only thirteen games to play, and Getafe occupy La Liga's final Champions League qualification place, having lost fewer times all season than European champions Real Madrid and enjoying a two-point cushion over Sevilla and Alavés in fifth and sixth respectively.

If Getafe hang on and book their place at Europe's top table, theirs will not, of course, be an underdog tale as miraculous as the title-winning campaigns of Leicester City and, in Serie A in the 1980s, Hellas Verona. But it will nonetheless be the kind of feel-good story football fans are historically drawn to; from last season's eighth place, a jump to fourth might not seem especially remarkable, but Getafe are in uncharted territory.

The 2004/05 season was the club's first in the top flight, and they only recovered their La Liga status the season before last, finishing third in the second tier after being relegated the year before.

Their highest ever finish is the sixth-place they earned in 2009/10, when Pedro León and Roberto Soldado were the stars of the Coliseum Alfonso Pérez. But even that campaign was viewed as a miraculous exception, with last season the first time they have finished above tenth since.

León and Soldado were soon plucked away, the former joining Real Madrid and the latter off to Valencia, where he remained prolific. This Getafe side, though, has fewer obviously desirable assets, instead comprising a bunch of nomads and veterans.

The strike duo of Jaime Mata and Juan Molina, aged 30 and 36 respectively, have taken the long road to La Liga stardom, beginning in regional divisions and treading a journeyman's path. They have each scored ten league goals this term, the first time Mata has reached double figures for top-flight goals in his career and only the second for the veteran Molina.

Samu Sáiz, on loan from Leeds United, has played more B- and C-team football in his career, including during an earlier spell with Getafe, than at first-team level. Sáiz is one of three players currently on loan at the Coliseum Alfonso Pérez, along with the Uruguayan Sebástian Cristóforo of Fiorentina, who before this season had made fewer than 60 league appearances in five years in Europe, and Watford's Dimitri Foulquier, who has never played a game for the Hornets.

Although he has thus far featured only sparingly, veteran French midfielder Mathieu Flamini, formerly of Arsenal and AC Milan, is counted among Getafe's number as he nears the end of a long and winding career. Serbian midfielder Nemanja Maksimović was unwanted at Valencia but is now indispensable to Getafe. Goalkeeper David Soria was let go by Real Madrid and Atlético as a youngster and failed to establish himself at Sevilla; he has played every La Liga minute since joining Getafe last summer.

The key to Getafe's success this season, it seems, is collective spirit and organisation, both of which have been fostered by manager Pepe Bordalás, who is overseeing only his second top-flight campaign. Bordalás, whose CV includes spells at the likes of Alicante, Benidorm and Novida in a nomadic 25-year career, earned promotion with Alavés three seasons ago, but wasn't trusted to marshal the Basque club in La Liga.

Their average age of 28.1 years makes Getafe one of the oldest squads in La Liga, yet they are also among the least experienced, with 15 of the division's 20 clubs able to boast more cumulative first-team appearances.

They are the also-rans, the journey men, the overlooked and under-appreciated. They are 4-4-2, difficult to break down and tirelessly hard-working. They are Getafe, a patchwork crew chasing immortality.