We should see a very interesting duel between Getafe and Sevilla in the second round of La Liga this Monday, so check our detailed preview of this match to learn more about it and to get some free betting tips.

Our top tips and predictions for Getafe vs Sevilla

If you can't find the right Getafe vs Sevilla bet, check out some of our favourite predictions for this game:

The home team has struggled most of last season, while the guests have had a great season in La Liga. Additionally, Getafe started the new season with a loss to Valencia, while Sevilla beat Rayo Vallecano. On top of all that, Sevilla won the last four matches against Getafe, so our prediction is for Sevilla to win this game as well.

The last five h2h meetings between Getafe and Sevilla have ended without both teams scoring, so we don't see a reason why this match should be any different. In addition to this, both teams played matches in which we didn't see both teams score in the first round of the new La Liga season.

Top odds and useful stats for Getafe vs Sevilla

If you are looking for the top Getafe vs Sevilla odds, check our list of odds from the best UK bookmakers:

Getafe vs Sevilla preview: Can Getafe pull off an upset?

After a few season in which they qualified for European football, Getafe struggled last season and was even in danger of getting relegated a few rounds before the end. However, the team finally finished the season in the 15th place and they will certainly look for a chance to improve their record this season. Still, the team started the new season with a loss to Valencia. Getafe also has a few injured players, including Poveda, Cucurella, and Nyom.

After a great season in which they went head-to-head with the biggest teams in Spain until the very end, Sevilla will be hoping to repeat the same thing and perhaps take a step further compared to their fourth-place finish last season. The team started on that goal well with a convincing win over Rayo Vallecano in the first round. Ocampos and Torres are injured at the moment and they will miss the upcoming game for Sevilla.

Frequent questions for Getafe vs Sevilla 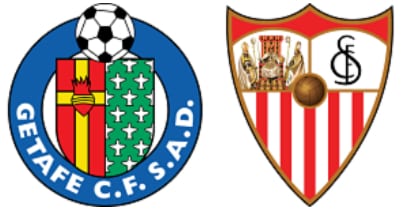