The Osasuna vs Getafe duel in the upcoming round of La Liga is not the most anticipated one, but we could still see a very interesting match. So, check our preview of the game and some free betting tips to learn more about it.

Our favourite betting predictions for Osasuna vs Getafe

If you are not sure what is the right bet for the Osasuna vs Getafe duel, check or top betting picks for this match:

Osasuna and Getafe to Draw

That, along with the fact that three of the last five head-to-head duels between Osasuna and Getafe ended in draws, makes us believe that we will see another draw between these two teams.

Osasuna and Getafe to Draw at Half Time

Since we expect this match to end without a winner, we can also see these two teams being tied at half time, as is often the case in the games that end in a draw.

In addition to this, Getafe and Osasuna drew at half time in their last five most recent meetings, so it would hardly be a surprise if they did in again on Wednesday.

The highest odds and latest stats for Osasuna vs Getafe

You don't have to spend a lot of time looking for the best odds for Osasuna vs Getafe – you can check them all out on our website:

This is a match that we expect to be a close one, so let's take a closer look at the teams:

With two wins, two draws, and two losses in the last six games, Osasuna has been a bit inconsistent lately. However, that's not really a surprise since the team has no real motivation to play at their best – they are currently ninth and they don't have a lot of room to move up or down. So, they only have to play for honor and not much else.

The team from Pamplona will be without Jesus Areso who is injured, but that's their only problem with the team right now, which is very good news.

Just like their upcoming opponent, Getafe also has two wins, two draws, and two losses in the last six matches in La Liga, but that was enough to keep Getafe out of the relegation battle. The team is not yet fully safe since they are five points ahead of the first team in the relegation zone with three games to play, but things have to turn out very badly for Getafe to be relegated.

Jaime Mata is out of the upcoming game through injury, while Johnathan Silva is questionable at the moment. However, the rest of the team is healthy right now. 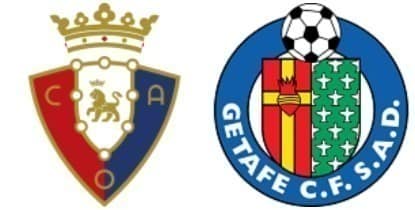