One of the more interesting duels in this mid-week round of La Liga is the Celta Vigo vs Getafe matchup and we have prepared a detailed preview of this game for you, along with some free betting tips.

The latest Celta Vigo vs Getafe betting picks and predictions

If you are struggling to choose the right bet for Celta Vigo vs Getafe, check our top betting tips for this duel:

Celta Vigo and Getafe to Draw

Neither of these two teams is having a great season, but at least Celta Vigo is safe in the middle of the standings, while Getafe is dangerously close to the relegation zone.

Both teams are in similar forms, with Celta having the advantage of playing at home. But Getafe has the stronger motive since they are trying to secure their position in La Liga for next season. So, a draw here sounds like a reasonable outcome, especially since these two teams drew in two of their last four h2h duels.

Four of the previous five head-to-head meetings between Celta Vigo and Getafe have gone under 2.5 total goals, so we expect to see the same in their next duel as well.

The stats and odds to know for Celta Vigo vs Getafe

If you want to check out some key stats and top odds for Celta Vigo vs Getafe, you've come to the right place:

We expect to see an exciting game between these two teams, so here's a closer look at them before their upcoming duel:

With two wins, one draw, and three losses in the last six games in La Liga, Celta Vigo has been inconsistent recently. In fact, that's been the case with Celta this entire season and that's why they are stuck in the middle of the standings. On the other hand, the mid-table finish was exactly what was expected of the team this season.

When it comes to team news, Celta Vigo is in a pretty good shape. Their only injured player is Hugo Mallo, who will miss the rest of the season with a knee issue.

Just one win in the last six games in La Liga is one of the reasons why Getafe is so dangerously close to relegation. The team is currently four points ahead of the first team in the relegation zone and with six rounds remaining in the match, that's not a pleasant position to be in. Still, a couple of good results would likely ensure safety for Getafe.

Meanwhile, Jaime Mata remains sidelined for Getafe through injury, while Jonathan Silva is doubtful for the upcoming duel with Celta Vigo as well.

The usual questions for Celta Vigo vs Getafe 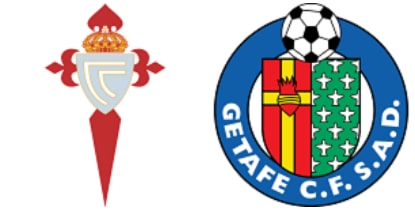