The first match in La Liga in the mid-week round is scheduled for Tuesday and it is the Getafe vs Atletico Madrid duel. If you want to know more about this game and get some free betting tips, check our detailed preview of the match.

Our favourite betting tips for Getafe vs Atletico Madrid

If you need some help to decide on the best bet for the Getafe vs Atletico Madrid duel, check our top betting predictions for this match:

The reigning champions have failed to win over the weekend, so they will be looking for a win in this match to get back on the right track. Meanwhile, Getafe lost all five games in La Liga this season and they are looking like a team bound for a relegation battle. Since Atletico Madrid is the better team and they won four of the last five duels against Getafe, our prediction is for Atletico to win this game as well.

Getafe and Atletico Madrid to Draw at Half Time

While we expect Atletico Madrid to win this game, we also expect to see a solid effort from Getafe who will put up a fight to try and avoid sixth straight loss in the league. So, we can see this match being equal at half time, which already happened in two of the previous five h2h duels between these two teams.

Atletico Madrid to Win to Nil

The latest stats and top odds for Getafe vs Atletico Madrid

You can take a look at the best La Liga A odds on our site, including the top stats and odds for the Getafe vs Atletico Madrid duel:

Getafe vs Atletico Madrid preview: Can Getafe avoid another defeat?

Last season Getafe came dangerously close to the relegation zone a few times in the second half of the season, but the team probably hoped that they can get back on track in the new La Liga season. However, the team started the new season with five straight losses and they are likely to lose six in a row since their next opponent is the defending champion of Spain. Arrambari and Jankto are currently injured and will miss the upcoming game.

With three wins and two losses in the first five rounds, the reigning champions are currently in the second place in the standings behind their city rivals Real Madrid. However, including the draw with Porto in the Champions League, Atletico Madrid now has three draws in the last five matches, so a win would do a lot for their confidence. Joao Felix, Lemar, and Kondogbia are on the team's injury list and unlikely to play in the next match.

FAQ for Getafe vs Atletico Madrid 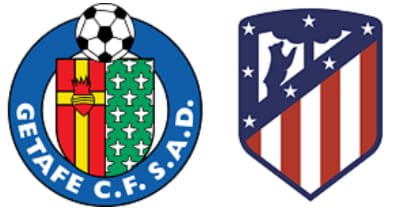