One of the most difficult games to predict in the upcoming round of La Liga is the Getafe vs Alaves duel, so check our preview of this game to learn more about it and to get a few free betting tips.

Our latest betting predictions for Getafe vs Alaves

If you are struggling to find the right bet for Getafe vs Alaves, check our top betting tips and picks for this match:

Getafe and Alaves to Draw

With both teams struggling lately, it's hard to see who can come on top in this game. That being said, Getafe is six points ahead of Alaves and away from the relegation zone, so they are in much better position right now.

So, a win in this game would be great for Getafe, but absolutely vital for Alaves. That being said, it seems like a draw is the most realistic outcome, especially since these two teams drew in their last five h2h meetings.

Getafe and Alaves to Draw at Half Time

Since we can see this game ending in a draw, we can also see Getafe and Alaves drawing at half time. After all, that's the most usual half time result for matches that end without a winner.

On top of this, four of the previous five head-to-head duels between Getafe and Alaves have been tied at half time and we can see that being the case once again on Saturday.

The best odds and latest stats for Getafe vs Alaves

If you are looking for the top La Liga odds, including the best odds for Getafe vs Alaves, you've come to the right place:

This match should be a very close one, so let's take a more detailed look at the two teams ahead of their next duel:

With two wins, two draw, and one loss in the last six matches in La Liga, Getafe is clearly doing well right now. After all, they've managed to climb up to the 15th spot in the standings and to make a bit of a separation from them and the first team in the relegation zone. Incidentally, that is their next opponent, Alaves, who is currently six points behind Getafe.

Getafe will most likely miss Mathias Oliveira, David Soria, Sandro Ramirez, and Sabit Abdulai. So, the team is obviously not fully fit right now, but Getafe still has plenty of options remaining.

After recording their first win in eleven games against Valencia, Alaves couldn't pull off a huge upset against Real Madrid and they lost that game as expected. The team is in a very dangerous situation since they are in the relegation zone right now, although they are just four points behind Granada who is safe at the moment.

Ximo Navarro will once again be out with an injury, but other than him, Alaves has no other injuries or suspensions to worry about ahead of their next game. 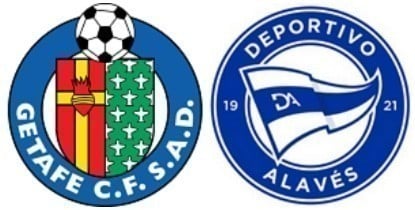