Another Rangers revolution is underway, with Steven Gerrard recently announced as the club’s new manager on a four-year deal. The Liverpool legend could not have asked for a tougher debut managerial assignment, and he will need to undertake careful analysis of his squad before deciding which areas to strengthen ahead of the 2018/19 campaign.

Several players are out of contract this summer, while others have simply not been up to the task at Ibrox. In addition, some of those who are on eye-popping wages may need to be shipped out to make room for new arrivals this summer.

Here, Football Whispers have dissected Rangers’ squad, assessing who should stay and who should go in each area before determining who Gerrard and director of football Mark Allen should try to sign in order to provide more of a challenge to Celtic next season.

Gerrard will not be short on goalkeeping options when he finally takes the reins at Ibrox. Foderingham is the established No.1, while Alnwick provides decent backup. Behind them, youngsters Kelly and McCrorie offer extra competition for places.

This area is unlikely to be a priority for Rangers come the summer window, unless Foderingham, who has been subject to transfer rumours, moves on. But given the proactive 27-year-old has made far more crucial saves than mistakes during his time with the club, there is no need to sell him.

With David Bates joining Hamburg on a free transfer and Russell Martin’s loan deal expiring, Rangers have four centre-back options going into next term. However, there is no certainty over who will start at the heart of defence.

Alves and Cardoso failed to assert themselves in the Scottish Premiership in their debut seasons. And while McCrorie and Wilson both show serious potential, it would be unfair to expect them to command Gerrard’s back line from the get-go.

Rangers would be wise to target two reliable, technically adept centre-backs who can adjust quickly to the unique challenges of Scottish football, especially if one of the Portuguese duet moves on.

Of Rangers’ five full-backs, Wallace is perhaps the most likely to switch clubs this summer, having been suspended by the club for his part in a ‘team-related incident’ following the 4-0 Scottish Cup defeat to Celtic.

Fortunately, Gerrard doesn’t need to worry too much here, as John has already nailed down the left-back berth. And if Wallace does leave, 19-year-old Beerman, who recently penned a contract extension, can cover.

Halliday was integral in helping the club back into the top tier, but is simply not good enough to drive them forward, while Rossiter has struggled to stay fit since joining from Liverpool. As for Pena, the less said about him the better.

In Jack, Holt, Docherty and the academy graduates, Rangers have the makings of a decent midfield. However, they need to add a playmaker and defensive midfield competition for Jack, whose maiden campaign was pockmarked by spells out through injury and suspension. 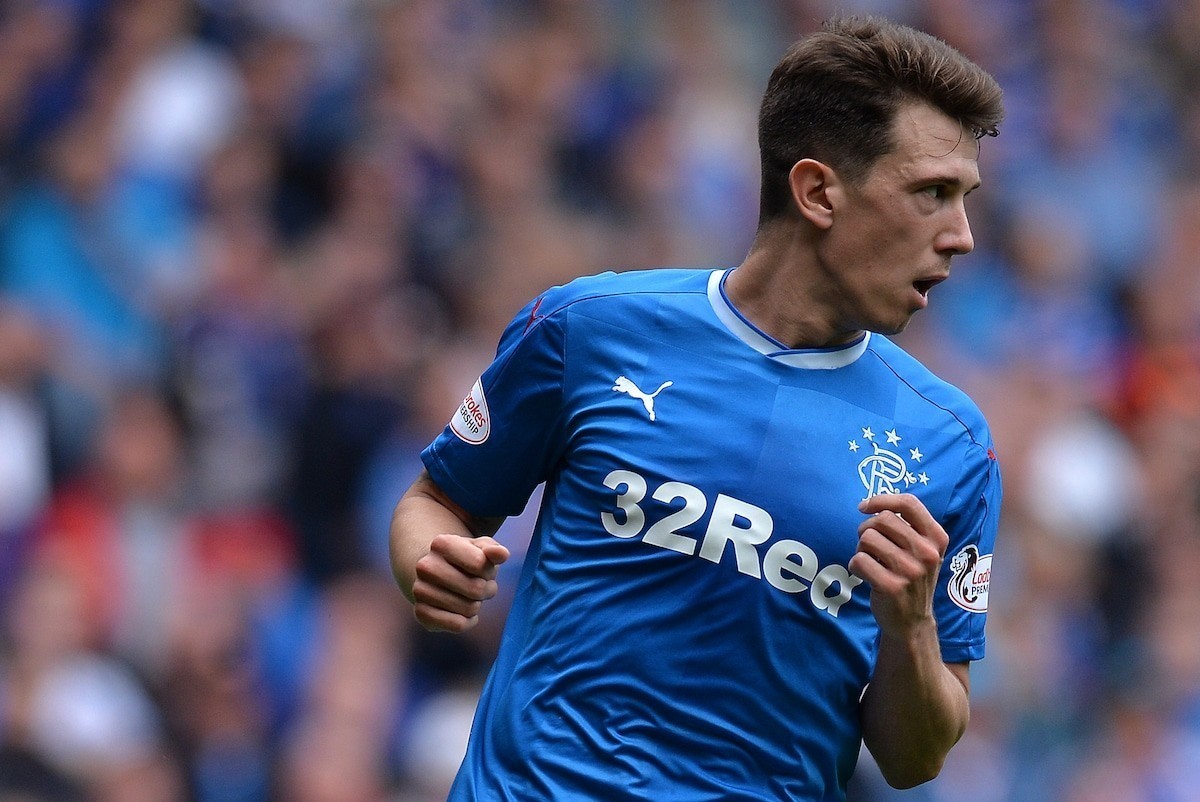 The future looks bleak for Dodoo, O’Halloran and Forrester, who have contributed very little in recent seasons. However, with Murphy set to join permanently in the summer, Rangers have some reasonable options behind the strikers.

Candeias was arguably the club’s best signing of 2017/18, while Windass has matured into a fine second striker. Nonetheless, if Gerrard opts to play a 4-2-3-1 – or something similar – a creative No.10 and another winger would not go amiss.

With Kenny Miller’s contract up in the summer, Rangers need greater depth up front. Morelos, who scored 14 league goals in his first year at Ibrox, is worth building around, though he needs a quality of support Herrera doesn’t seem capable of giving.

Regardless of whether Gerrard wants to play with a lone frontman or a strike duet of some kind, he will need to add at least one new face up front, even if Jason Cummings’ temporary stay is made permanent.

One of the first names linked to Rangers following the appointment of Gerrard was Martin Skrtel. The Slovakian centre-back played alongside the new boss at Liverpool and has since spent two years at Fenerbahce.

It’s hard to see Skrtel being any worse than Alves or Cardoso, but at 33 years of age he also represents the sort of typically costly, experienced choice that the club has gone with, and failed with, many times of late.

Rather than going for big names on big wages, Rangers should first look domestically, where there a number of fine central defensive players to consider. Arguably the two most viable would be Cédric Kipré and John Souttar.

Kipré has enjoyed an outstanding first season with Motherwell. Along with bruising tackles and aerial dominance, the 21-year-old possesses an understated assurance on the ball. Not only does he have more upside than Skrtel, but he’d probably take less time to adapt to life at Ibrox having already succeeded in Scotland.

Alongside him, Souttar would bring a touch of class to Rangers’ back line. Like Kipré, he is only 21 years of age, but he’s vastly experienced with over 130 appearances and five seasons of top-level football under his belt already.

The Heart of Midlothian man is a superlative passer of the ball and he has recently matured into a more consistent defender. His positioning is strong, and he is no longer afraid to keep it simple when clearing his lines.

Souttar and Kipré would make for a wonderful centre-back combination, and would also allow McCrorie to develop at his own pace rather than being forced into a key position during a period of transition.

In front of them, Jack would offer good protection of the back line when fit. However, when unfit, another defensive midfield option could be provided by Glen Kamara.

The 22-year-old has been Dundee’s best player this season, earning three caps for Finland along the way. His calmness in possession would improve Rangers’ build-up, while he also has the skill to resist pressure from opposition midfields. Reports suggest he could be available for around £1million, making him a virtual must-sign.

One of the more exciting Rangers transfer rumours involves a move for Hibernian’s John McGinn. Frequently thought of as a Celtic target, the dynamic box-to-box midfielder would bring aggression to Gerrard’s side. The Daily Record report that summer bidding for the 23-year-old Scotland international will start at £3million, and his addition would prove a huge statement of intent.

He should be joined by former Hibs teammate Cummings, who may be set to join a permanent basis. The striker has admitted that he is keen to stay, and it would be wise to look past his inconsistent form since being loaned in and secure his transfer.

Prior to his move to Nottingham Forest, he was seen as one of the top young finishers in the Scottish game. At 22 years of age, he still has a lot of potential left to fulfil, and he wouldn’t be a particularly expensive addition.

Alongside him, Rangers could do with another striker to bring something different to the attack. Eamonn Brophy may only have hit the net seven times in league action this term, but his runs, defensive work and physicality would give Gerrard an alternative outlet alongside Cummings and Morelos. Perhaps he could be tempted away from Kilmarnock as one half of a double-deal, along with tricky winger Jordan Jones.

These seven signings have two things in common. Firstly, they have all played in the Scottish Premiership at some stage. Secondly, they are all under the age of 24. Not only do they have their prime years ahead of them, but they shouldn’t take too long to adjust to their new surroundings.

Another young Scot worth taking a chance on would be Ryan Gauld. The 22-year-old has not yet made the grade with Sporting Club since leaving Dundee United, but he has impressed occasionally in the Portuguese top tier this term while on loan at Aves. A short spell with Rangers could work for all parties, giving the player a chance at rejuvenation and giving Gerrard a true No.10 to utilise. 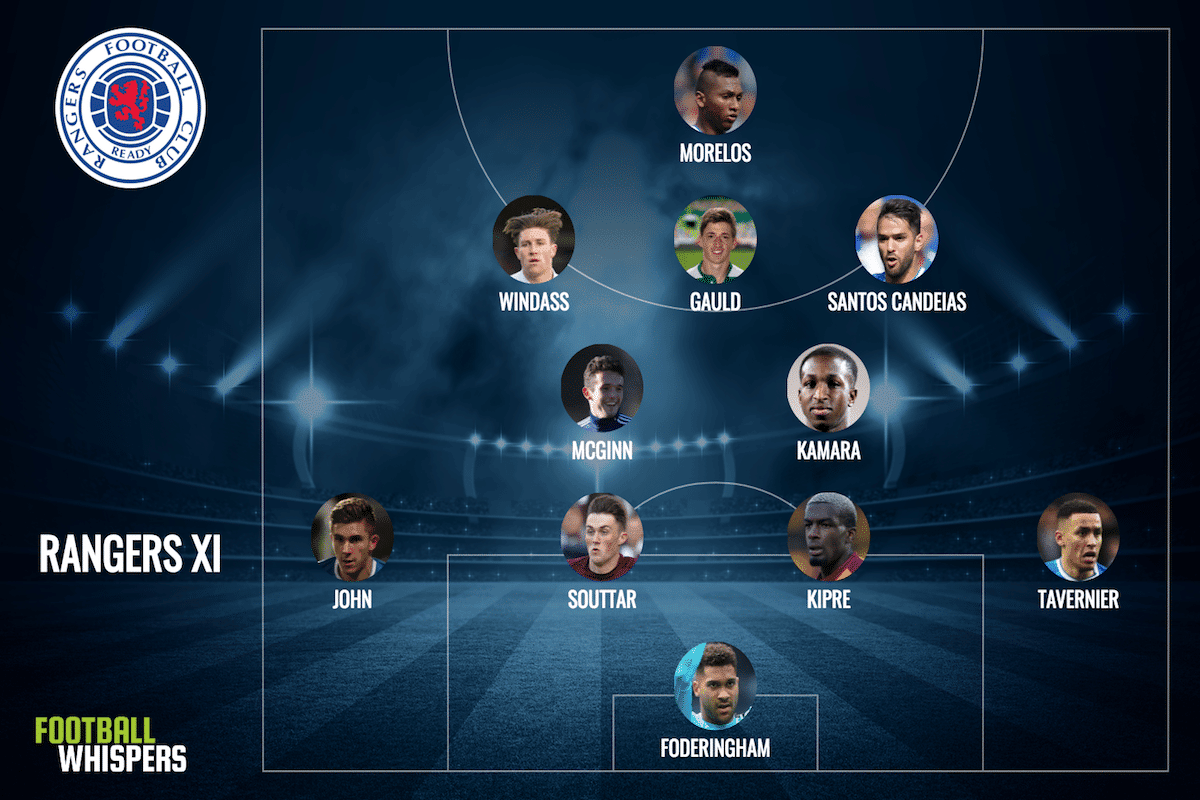