Steven Gerrard could be patrolling the Ibrox touchline next season if recent reports are to be believed. Rangers, seemingly unconvinced by the job interim manager Graeme Murty is doing, want to appoint the Liverpool legend as their next permanent boss.

It’s an ambitious move on their part. It’s high risk but high reward and it puts Rangers in something of a win-win situation.

If Gerrard, who has limited experience as a coach having only been appointed the manager of Liverpool’s Under-18s at the start of the season, is able to spark a resurgence to rival Celtic then it will be seen as a masterstroke by Dave King.

However, if the one-time Captain Marvel stumbles and fails to put a stop to the Bhoys’ monopoly of the Scottish Premiership, the Gers will still have benefited from Gerrard’s reputation at least.

It may be a costly experiment but just being associated with the former Liverpool No.8 opens a lot of doors and it could be the wildcard Rangers need to make up the ground on a stable Celtic outfit.

What he brings off of the pitch will be a bonus for the fans, what he'll primarily be judged on is how he can influence results as well as performances.

So what can fans of the Glasgow club expect if Gerrard replaces Murty in the Ibrox hot seat?

What would Gerrard bring to Rangers? 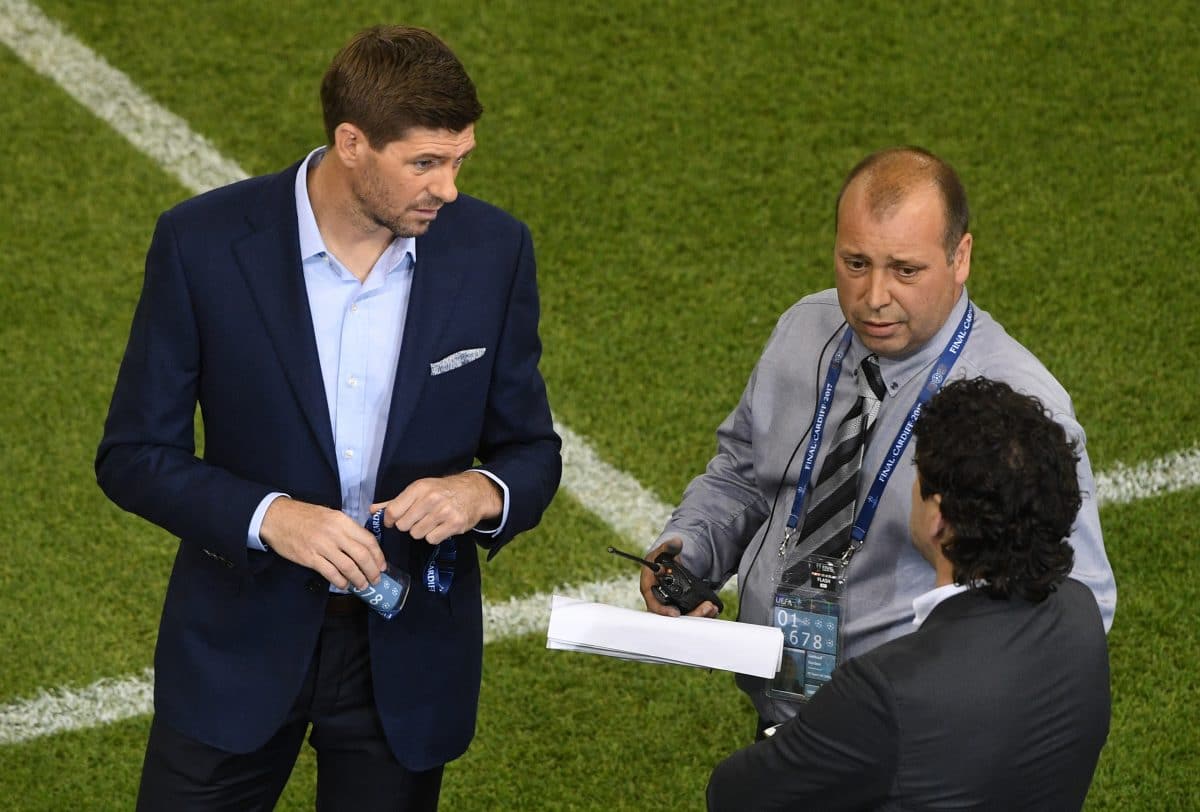 When speaking to BT Sport last April, Gerrard wasn't shy about revealing the way he wanted his teams to play: “My teams will be physical. Fighting, winning, tackling. Going where it hurts, letting your lungs burns and really digging deep.”

The Liverpool legend acknowledged that to make it at the top level he needed to be “obsessed” and he's shown an eye for meticulous detail since taking over as the manager of Liverpool's under-18 side.

In a detailed piece analysing Gerrard's start to life at the helm, This is Anfield highlighted a few tactical tweaks used by the side to showcase his flexibility as a manager.

“One clear example of this (Gerrard's tactical understanding of the game) came in October’s 4-1 win away to Maribor, fielding high defensive line to counter the Slovenians’ long-ball approach.

And this was again shown in November’s 4-0 triumph at Sevilla, when Liverpool began with a high-intensity pressing game before sitting back and playing on the counter in order to frustrate an emotional opponent.”

These aren't just one-off changes, either. Gerrard has used a variety of different systems this season. He started the campaign switching between a 4-4-2 and a 4-2-3-1 but injuries forced him into using a 3-4-3 shape. It shows he's not too stubborn to persist with a style if the players he has at his disposal don't suit it. Many others in his situation just shoehorn players into unfamiliar roles and the team suffer because of it.

Despite his inexperience as a coach, there is a maturity to his thinking.

One thing that stands out when watching his under-18 side is how direct they are when in possession. The likes of Curtis Jones, a player Gerrard built his side around, and Edvard Tagseth are two intelligent players who can pull the strings from central areas, and while a lot of the play goes through the pair of them the Liverpool side look to get the ball wide before putting it into the penalty area.

Countless goals they've scored this season have come via that route. The ball is worked out wide, with the full-backs offering the overlap, before it's put into the box.

However, it's not aimless crosses being floated in, instead the team look to work the ball into dangerous areas. It's why Liam Millar and Glen McAuley have scored so many tap-ins.

Rangers don't have identical players but the framework is there for Gerrard to replicate such a system at Ibrox. Josh Windass can operate as one of the wide midfielders, capable of beating an opponent with pace and skill. Alternatively, the former Accrington Stanley man could do a job as a number ten.

Declan John and James Tavernier play the part of a marauding full-backs perfectly. Ryan Jack and Graham Dorrans make up a functional midfield two but it'll be interesting to see whether the Gers can make Sean Goss' loan move a permanent one.

The former Manchester United youngster could become the puppet master on the pitch for Gerrard. And if serviced properly, Alfredo Morelos is a goal machine capable of firing Rangers to a title challenge.

With the players at his disposal, there's no reason Gerrard couldn't hit the ground running if the move up north happens. If he's properly backed in the market then rivalling Celtic could be on the cards next term.