Amazingly, after four qualifying games it's Armenia that top Group J and Germany that trail them by a single point, though, Sunday's guests are still the odds on favourites to claim the tip spot and secure their place at Qatar 2022.

We believe that there is a very good chance that both teams will score in this weekend's clash as that has been the case in two of the three previous meetings between Germany and Armenia. The hosts have only kept one clean sheet in their last six matches while both teams have scored in three of Armenia's last four fixtures, so you can see why we're backing both teams to score on Sunday.

The three previous meetings between these two nations have all been high-scoring but we're expecting a much closer game this weekend as Armenia have performed really well so far in qualifying. Under 3.5 goals have been produced in Germany's last two games against Liechtenstein and England, while four of Armenia's last six outings have also featured fewer than four goals.

Germany to Win Both Halves – No

Germany haven't been at their best since the start of Euro 2020 to their midweek qualifier against Liechtenstein, so we don't think Sunday's hosts will win both halves against Armenia. Of course, Germany are the favourites and on paper, they have a much better team than Armenia but the visitors are in good form and have lots of confidence while Flick's side appear to be in a transitional phase.

Werner and Sane both scored as Germany beat Liechtenstein in midweek but while we were all expecting a big Germany win, the scoreline ended 2-0 and that suggests they could struggle against an in-form Armenia. Volland, Draxler, Brandt, Can, Ginter, Hummels and ter Stegen all missed out on selection for these World Cup qualifiers for one reason or another, and the hosts don't look like the powerhouse we expect them to be at this moment in time.

Armenia will have been very disappointed to only draw away at North Macedonia in midweek but must remember that their hosts enjoyed a good performance at Euro 2020 despite not getting through the group stage. Armenia have never qualified for a major international tournament before but they currently see top of Group J and could make it to Qatar if their form continues. Roma's Mkhitaryan is the key player in their side both creating and scoring goals from midfield in what is a largely home-based team. 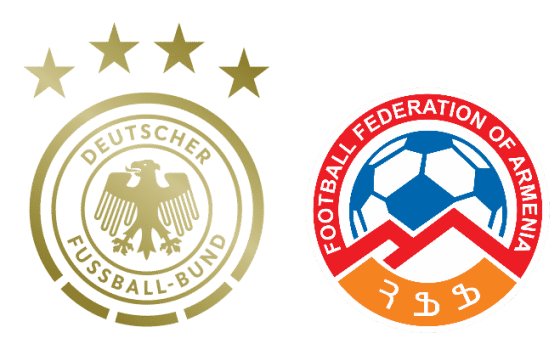