Amid the wreckage of Liverpool’s January emerged a player who is establishing himself as one of the best midfield options in the Premier League.

But the cynics were out for Georginio Wijnaldum last summer.

Whereas Granit Xhaka was looking a cut above for Switzerland in Euro 2016, and Moussa Sissoko was outplaying Paul Pogba in a France side that reached the final, Wijnaldum encapsulated all that was frustrating about Newcastle United last season.

The Dutchman flashed hot and cold – scoring 12 goals all at home – in a team that inexplicably, for all the talent at their disposal, slithered down to the Championship.

It was a move that took much of the Anfield faithful by surprise but Jurgen Klopp saw in Wijnaldum a potentially top midfielder just waiting to be rescued from an ever-turbulent St James’ Park.

Now, after slowly finding his feet in Liverpool’s side, Wijnaldum undoubtedly stands heads and shoulders over midfield misfits Xhaka and Sissoko – who went to Arsenal and Tottenham and respectively for similar fees. There is simply no doubt after his titanic performance against Tottenham. 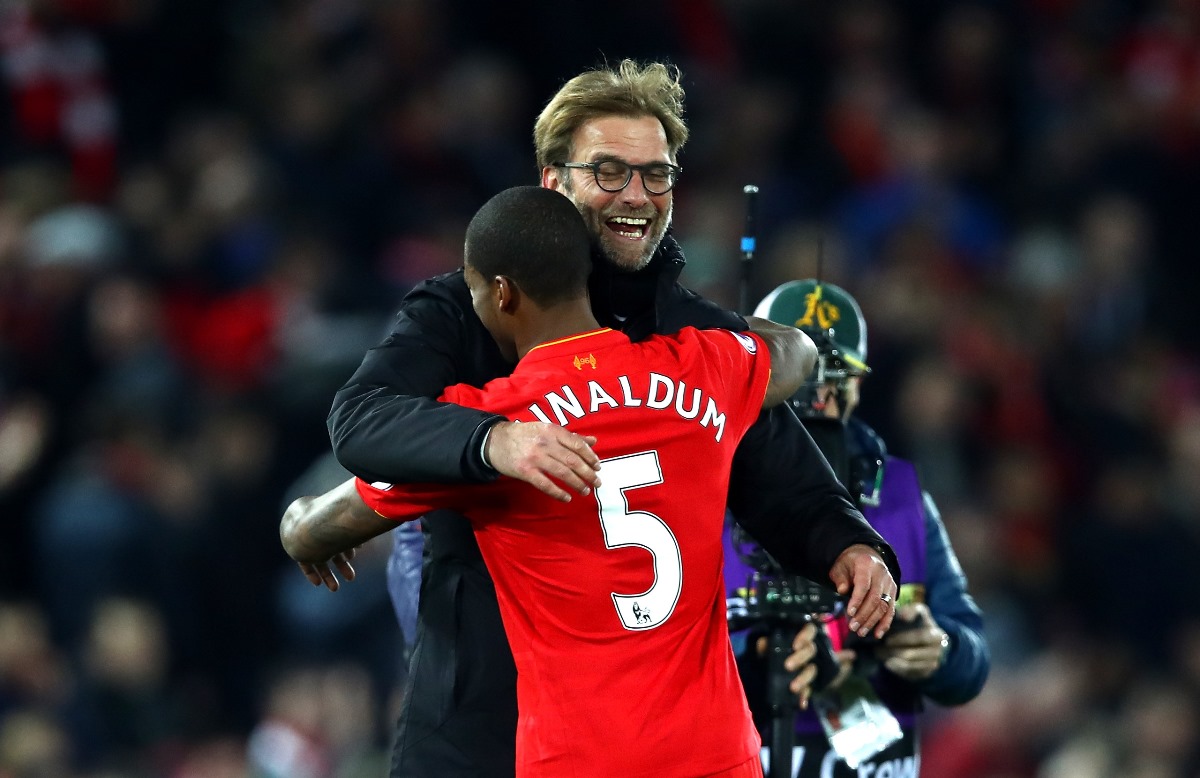 Klopp got his first view of Wijnaldum up close in November 2015 and the German would have had to look away as he saw his future signing set up one and score one in a 2-0 win for Newcastle.

The 26-year-old had scored a hat-trick against Norwich the month previously but those were the two highlights in a year that took its emotional toil.

Not only did Wijnaldum fall through the Premier League trap door but suffered the ignominy of being part of a Netherlands side who were too good on paper to miss out on an expanded European Championships.

He has open spoken about his heartache and when both Tottenham and Liverpool lodged bids in the summer, there was one man he knew would undoubtedly bring a smile back to his face.

“I had great conversations with [Mauricio] Pochettino and Klopp,” Wijnaldum told The Guardian. “But in the meeting with Jürgen we had a laugh and did not speak only about football. He was interested in my personal life and that was good for me.

“When you’re not out on the football field you have to communicate as people and it is good if you know something about how the other person is. It makes things easier.”

Gini just needed to be loved.

What a performance from the lads!! Massive win! Atmosphere was brilliant?? #LIVTOT #YNWA pic.twitter.com/YUcpdGbgyB

Wijnaldum, however, did not set the world alight in his first few appearances at Liverpool – he cut the figure of a man not sure of how best to juggle his attacking and defensive responsibilities.

With Adam Lallana playing his tenacity and guile pressing high up the pitch, Jordan Henderson a box-to-box lungbuster and a fit-again Emre Can providing the balance, Wijnaldum seemed as if he was mopping up odds and sods.

A technically superb player with the ball, Wijnaldum needed to prove – especially given the Reds’ defensive frailties – that he could either up the ante in attack, or be a defensive strength. This year he has set about doing both.

Well, more specifically since New Year’s Eve. Wijnaldum scored the winner against Manchester City, was then voted Liverpool’s Player of the Month for January – in an admittedly horrendous four weeks – and put Spurs to the sword almost single-handedly last week. 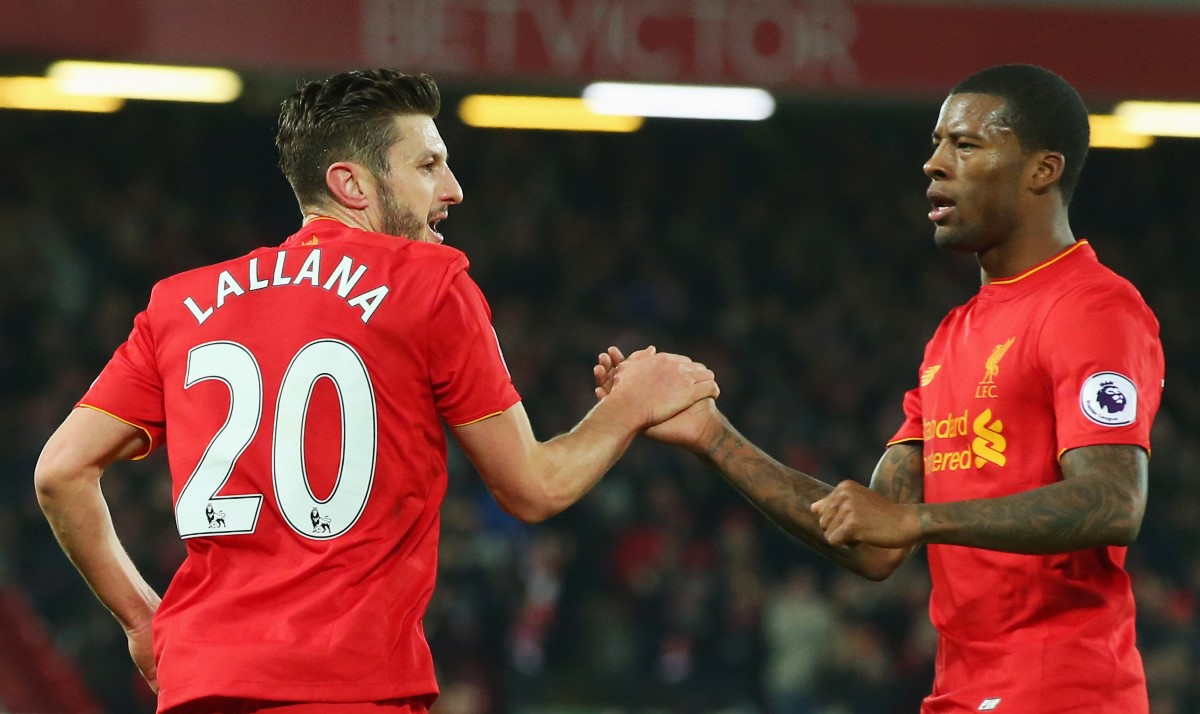 The apotheosis of Wijnaldum’s form came after Klopp set plenty of heads scratching by leaving him out of the team that lost to Hull City.

Hindsight is a wonderful thing but why not play someone who scored a goal, created chances, intercepted, blocked, cleared and did everything in between in a draw against the league leaders the week before?

That mistake was soon rectified and Anfield was treated to a midfield performance that was almost flawless against Tottenham.

Having come back into the team in replace of Can, Wijnaldum was the sinew knitting together attack and defence; ensuring Henderson was never overrun and operating in pockets of space in synergy with Lallana up top.

Here we hold our horses just a touch. Liverpool have not necessarily found a cut-price Paul Pogba.

His body of work at Anfield to date suggests Wijnaldum still suffers from inconsistency, although he helpfully raises his game against better opposition.

But the truly exciting prospect for Liverpool fans is that he has worked out his role as a complement to the two other midfielders buzzing around him.

Coming full circle, Wijnaldum is a different player to his fellow summer signings Xhaka and Sissoko but as his very best, he can do more than what they offer. 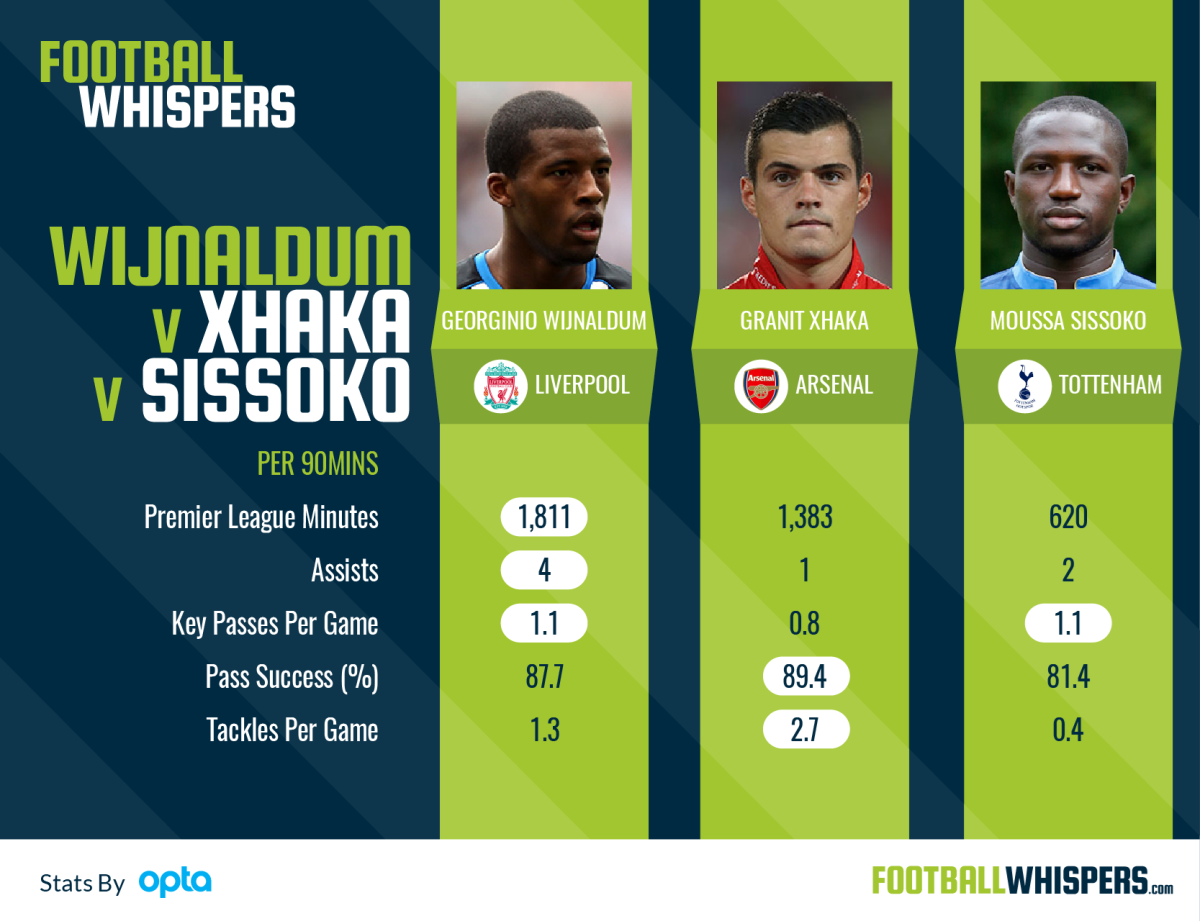 While he will never be a defensive pivot, his offerings do need to step up a notch – just like against Tottenham – to help out a susceptible back four.

And tantalisingly, if he strikes that balance, an all-action Wijnaldum will not have to produce a superhuman, Spurs-like performance each week for Liverpool to move up to the next level.