Two of Serie A's early-season strugglers lock horns this weekend as Genoa play host to Venezia. Just 1pt and two places separate these two clubs ahead of kick-off and we're expecting a close and competitive 90-minutes on Sunday.

Here are our predictions for Genoa vs Venezia.

Genoa might sit behind Venezia in the Serie A table but they have only lost one of their last 10 games against Sunday's guests. We're backing this weekend's clash to end all square as four of Genoa's last six matches have ended in stalemates, while two of Venezia's last five fixtures have ended in draws.

We're backing both teams to score this weekend as both of these teams have found clean sheets hard to come by this season. Five of Genoa's last six matches have produced goals at both ends of the pitch and four of Venezia's last five fixtures have also witnessed both teams scoring. Genoa are without a clean sheet in their last six league games and Venezia have only managed to keep one clean sheet during that same period of matches.

As far as a final scoreline is concerned, we're backing Sunday's match to end in a 1-1 draw. We've mentioned above just why we're confident that both teams will score in Sunday's clash and why we believe the game will end in a draw but just to add to that, each of the six draws these two teams have played out in their last 12 games combined have seen both teams score and three have ended 1-1.

Genoa would move above Venezia with a win this weekend

Genoa made the trip to Spezia in midweek and the pair played out a goalless first half. In the 66th-minute, Sirigu put through his own net to hand Spezia the lead and the Genoa fans must have feared the worst. However, Genoa were awarded a late spot-kick which Criscito coolly finished as he so often does to make it 1-1. The season hasn't started well for this weekend's hosts but a win this weekend could take Genoa out of the relegation zone and as high as 15th.

Venezia took the lead at home to Salernitana in the 14th-minute through Aramu and really should have gone on to win the game. However, the second half went the way of the visitors and goals from Bonazzoli and Schiavone turned the game on its head and handed Salernitana a rare 3pts. Venezia's start to the season suggests that they do have what it takes to battle against relegation this season but their consistency is an issue.

Genoa: the hosts could be without the services of Fares, Bani, Hernani, Maksimovic and Vanheusden this weekend.

Venezia: Vacca, Jonsson, Fiordilino, Ala-Myllymäki and Lezzerini are the main injury concerns for the visitors.

Your Questions – Genoa vs Venezia 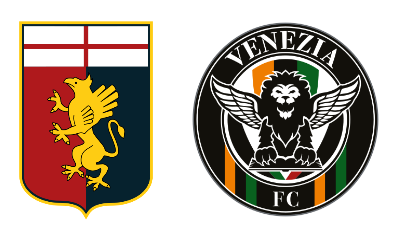