Genoa ended their losing start to the new Serie A season courtesy of a 3-2 win at Cagliari last time out. Fiorentina provide the opposition this weekend and the visitors arrive having won two and lost one of their opening three league games.

Both games between these two sides last season ended in draws and five of the duo's last six head-to-heads in Serie A have ended in stalemates, so you can see why we're backing a draw on Saturday. Genoa have only won one of their opening four matches in league and cup and Fiorentina have only lost one of their first four competitive games.

We're backing both teams to score this weekend as that has been the case in three of the last four meetings between Genoa and Fiorentina. five of Genoa's last six fixtures have ended with both teams getting on the scoreboard and each of Fiorentina's last three outings have also seen both teams score.

In terms of a final scoreline, we're predicting a 1-1 draw between these two sides on Saturday. The last two encounters between Genoa and Fiorentina have ended in 1-1 draws and with both teams looking good going forward and not keeping many clean sheets at the other end of the pitch, 1-1 seems like a realistic final scoreline.

Possible stalemate on the cards at the Stadio Comunale Luigi Ferraris

Genoa were made to work hard for their first league win of the campaign, coming from two goals behind away at Cagliari to secure all 3pts. Genoa went in 1-0 down at the break and soon found themselves another goal worse off early in the second half. Destro pulled a goal back for the visitors just before the hour mark and Fares equalised 10-minutes after that. The very same player completed Genoa's comeback with the winning goal 12-minutes from time.

Fiorentina made it back-to-back 2-1 wins in Serie A last weekend as they collected an impressive 3pts away at Atalanta. Vlahovic converted a penalty either side of the interval to put Fiorentina into a commanding away lead and even though Zapata netted a penalty of his own to make it 2-1 with 25-minutes still left to play, the visitors managed to hold on.

Genoa: both Francesco Cassata and Mattia Bani will miss Saturday's game due to injury and aren't expected back in training until October.

Fiorentina: the visitors look set to be without the services of Lorenzo Venuti and Michele Cerofolini for the trip to Genoa.

Your Questions – Genoa vs Fiorentina 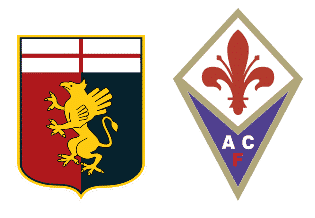