The Genk vs West Ham duel in the upcoming Europa League round could be a very interesting one, so let's take a closer look at the match and what we can expect to happen.

Our top Genk vs West Ham betting tips and picks

If you are unsure what is the best bet for the Genk vs West Ham duel, check our favourite predictions for this match:

The Hammers have done great so far in the season, both in Europa League and in the Premier League. With all three wins in their EL group, they basically already secured progression, but they can do this theoretically if they can beat Genk once again, like their did in their first meeting which they won 3-0. We believe that they can, so our first prediction is for West Ham to win this game.

The first game between West Ham and Genk ended with three goals being scored and we can see the same thing happening again on Thursday. After all, West Ham is averaging 3.1 goals per game in the Premier League this season, while Genk averaged 3.77 goals per game so far in the Belgian league.

Since we expect to see at least three goals in this match, we also expect both teams to score. That being said, West Ham is yet to concede in Europa League and they've done a great job in defence so far. However, Genk should be able to put one past them at home, so we like this prediction and expect both teams to net at least one goal each.

Top odds and useful stats for Genk vs West Ham

If you want to place a bet on the top Genk vs West Ham odds, you can find odds from various bookies right here:

The last two games that Genk played in the Belgian league and cup have helped the team find their confidence again since they scored 12 goals in those two games alone. However, Genk was on a four-game losing streak before that, so this mini-run was desperately needed for the team who is eight in the Jupiler League. Also, Genk has one win and two losses in their EL group, which is the same as the other two teams in the group, with West Ham being on top with all three wins. Cuesta is the only injured player at Genk right now.

The Hammers continue to impress after their surprising last season in which they managed to secure a spot in the Europa League, in which they are now dominating the group with three wins from the first three rounds. In addition to this, West Ham is currently fourth in the Premier League and on course to secure a spot in some European competition for next season as well. The team's injury list is almost empty, with Kral being the only player on it at the moment. 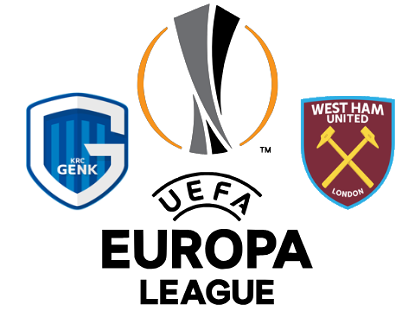