The Champions League proper is getting close for these teams; there is still work to do though. Who will land the first blow in this tie? Find out with our Genk vs Shakhtar Donetsk match preview with free tips, predictions and odds mentioned along the way.

Genk vs Shakhtar Donetsk: Our tips

They might be away from home in this leg but we're still confident in our prediction for Shakhtar Donetsk to win the game. Genk's general form is poor with just one win from five compared Shakhtar Donetsk who are unbeaten in five having won four. It's a similar story when you look at the respective home and away form of the sides; Genk have lost their last two home games with, again, one win in five attempts. Shakhtar Donetsk meanwhile have won three of their last five on the road.

Goals to go flying in

If you're a believer in statistics, which we are, the you'll find few fixtures that support an over 2.5 goals prediction like Genk vs Shakhtar Donetsk. Genk's last five matches have served up a total of 25 goals; that's an average of 5.0 goals per game with just one match falling short of the 2.5 mark. Shakhtar Donetsk's record is similar. Again, one of their last five games has been under 2.5 but the other four have seen at least three goals. Their average across the last five is 2.8 goals. With both teams seeing so many goals of late, it's hard to imagine this game going too much differently.

Our final prediction is for Lassina Traore to find the net at some point in the match. The 20-year-old attacker joined Shakhtar Donetsk from Ajax in July for £9m. He scored goals for them in pre-season and has started the Ukrainian season in fine form with goals in the two opening matches. If chances come his way, which they will, then there is a real chance that Genk will be punished. His price to score anytime is one of real value.

Check out the form ahead of Genk vs Shakhtar Donetsk

Genk to be left with uphill battle ahead

The match that lays ahead might be a big one for Genk but their form hardy suggests they're ready for a challenge. The Belgian side have only won once in seven attempts with the other six games split equally between draws and defeats. To cap it all off, they've just lost one of their star men; Roman Yamenchuk – a Ukrainian international- has joined Benfica.

We've just touched on the loss of a goal scorer for Genk but Shakhtar Donetsk have no problem there; in fact, our anytime scorer tip suggests they've acquired a talented striker. He and Manor Solomon will be a handful for Genk. As for form, things look good for Shakhtar Donetsk too. Eight wins, one draw and a solitary loss from 10 games will ensure confidence is pumping. 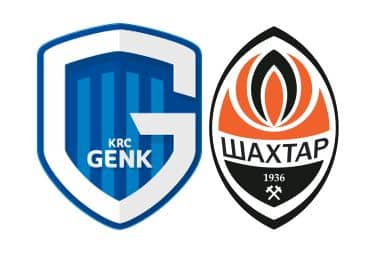