Even after Saturday's spirited win over Southampton with ten men, the mood music coming out of Tottenham Hotspur is not good.

Mauricio Pochettino appears to be far from happy at the North London club and has made no effort to hide his discontent. The Argentine is linked with managerial roles at Real Madrid and Manchester United on an almost weekly basis, too.

Furthermore, three key players – Christian Eriksen, Toby Alderweireld and Jan Vertonghen – are out of contract next summer and have shown no indication they will sign extensions. Worse still, they can speak to foreign clubs about a free transfer in January.

All of which makes it unsurprising Spurs are already being linked with potential replacements for Pochettino.

It might not be popular with supporters to have a successor lined up in case the manager leaves but smart clubs are ready to act if a change is necessary.

According to the Daily Mirror, Spurs have already identified their preferred candidate for the manager's job if Pochettino exits the Tottenham Hotspur Stadium.

That man is current England boss Gareth Southgate who, according to The Mirror, is the No.1 candidate due to his strong relationship with Tottenham's England players; Harry Kane, Dele Alli, Danny Rose, Eric Dier and Harry Winks. 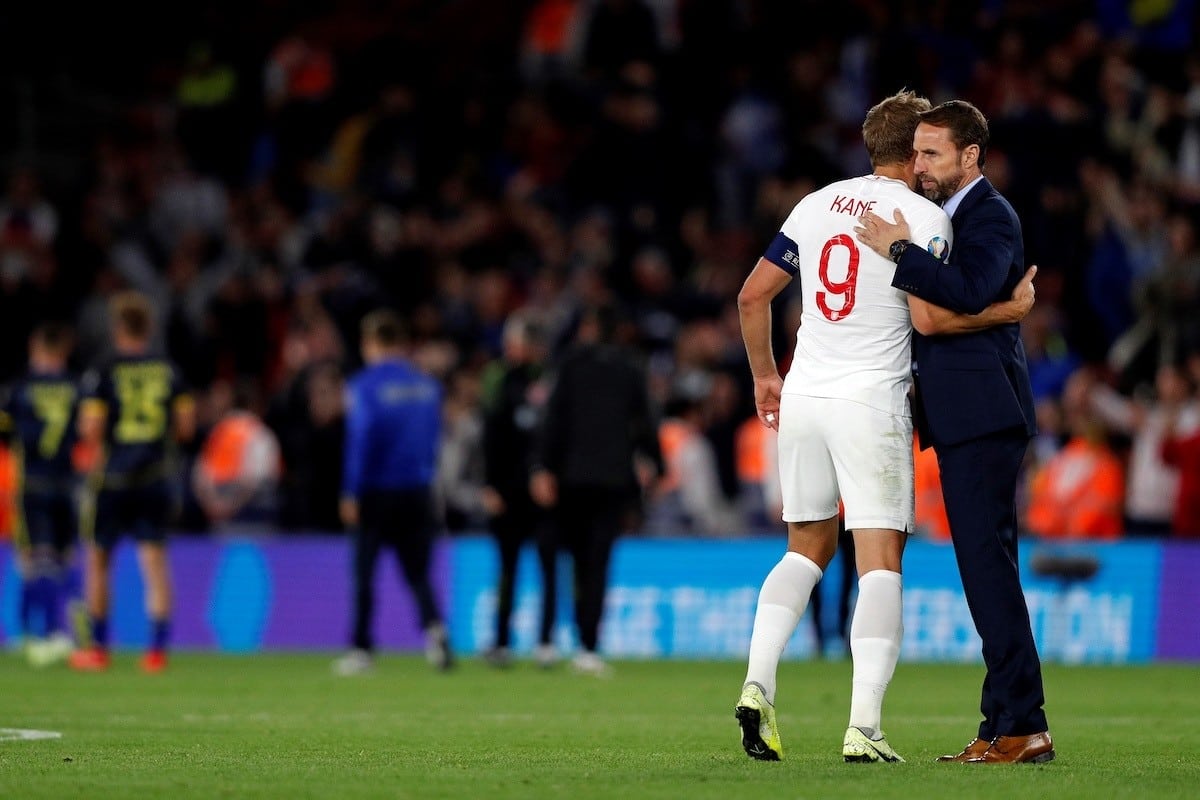 The first stumbling block is whether the role of Tottenham manager holds more allure than being Three Lions boss. Having reached the World Cup and Nations League semi-finals, Southgate arguably holds a higher approval rating among England fans than any of his predecessors since the early days of Sven-Göran Eriksson.

While it's naïve to think being England manager is the pinnacle of the profession for an Englishman in the way it might previously have been, it's hard to shake the idea that Southgate is extremely proud to lead his country – especially as he has worked his way up to the top job via being a player, Under-21 boss and now coach of the senior side. Just witness the way he celebrated England's progress through the 2018 World Cup in Russia.

Even so, a time will come when he's hounded out. Regardless of their achievements, it's how all Three Lions bosses end their tenure and being the first man to lead England to a World Cup semi-final in 28 years won't be enough to save the former defender when results start to go against him.

On that basis, Southgate would be naïve not to consider other opportunities which present themselves. But whether he'd jump ship to take over at Tottenham when his stock with the national team is so high is questionable. 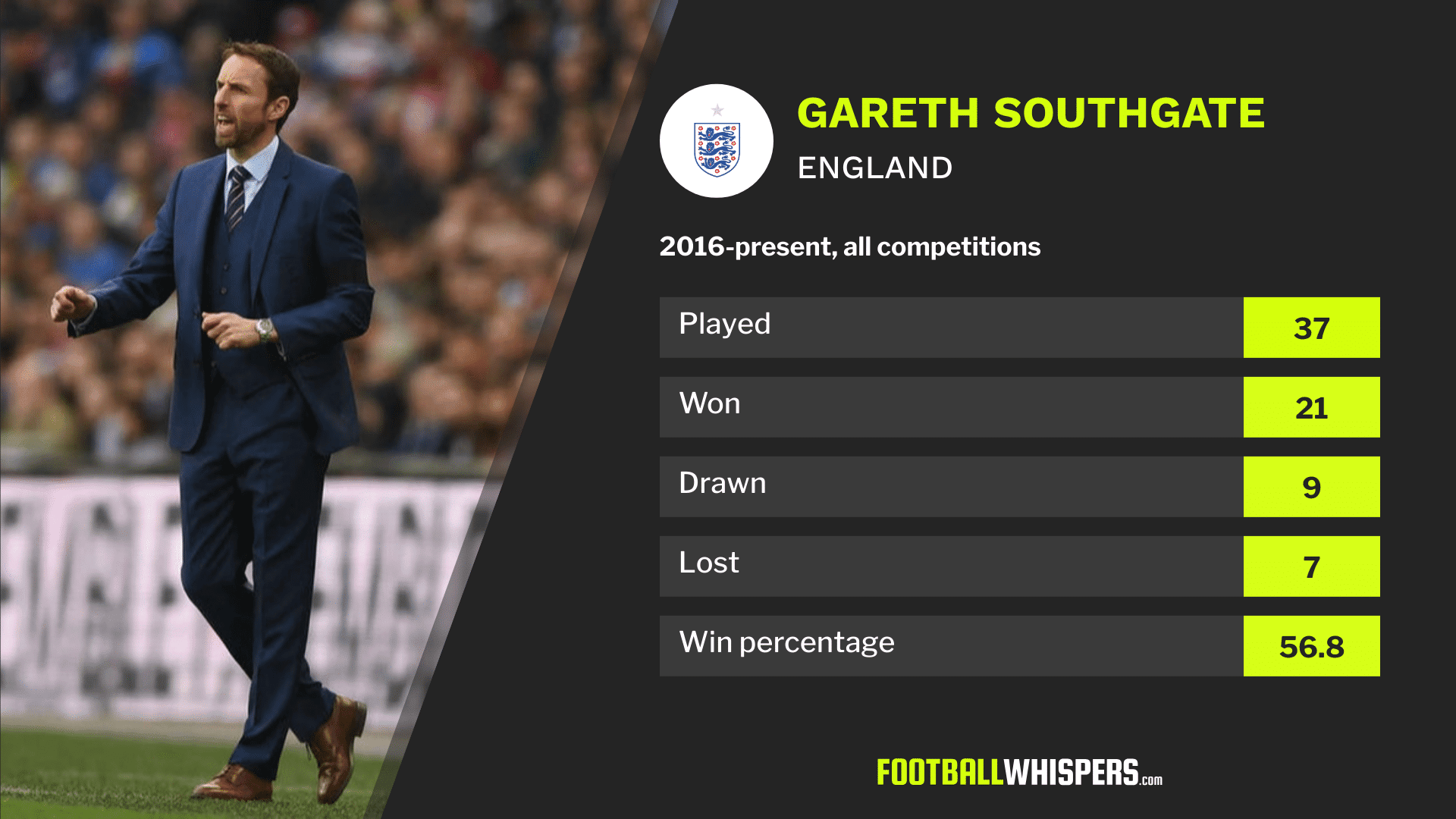 More to the point, is he the best man for the job?

His relationship with Spurs' England quintet is one thing in his favour, but it's one of few. Southgate hasn't led a club side since his first and only club role ended – somewhat harshly – with the sack by Middlesbrough in 2009.

It's been a decade, therefore, since he was involved in day-to-day management and a lot has changed. Clubs are entirely different beings to then, fixated as much on brand awareness and marketing as results. Recruitment, analysis and scouting has been taken away from the manager and put in the hands of whole, faceless departments. Players, too, are more powerful than ever before.

It's one thing working with a hand-picked group for ten days every few months. But it's another being handed a group of 30 senior players all of whom expect to play, each armed with an entourage and a social media presence which gives them a platform – not always for good – to air their views on any matter.

If there's one thing his time in charge of England has demonstrated, Southgate is a people person. He is, by all accounts, extremely popular among the players, staff and, importantly, FA hierarchy.

When he succeeded Sam Allardyce after his ill-fated one-game stint in the dugout there was skepticism about his credentials. Southgate had been perceived to have failed upwards and plenty felt the Football Association had always wanted to appoint the former Middlesbrough defender, even if he wasn't convinced he was the right man for the role.

But Southgate has pushed those fears aside and made a huge success of his time in charge of England. The secret of that, though, could be the fact he was being primed for the top job long before it even became a possibility. The phrase ‘England DNA‘ was roundly mocked when it first entered the lexicon in 2014 but Southgate's appointment was a big part of the idea having played for and coached England before leading the senior side.

While Spurs arguably have a stronger and clearer identity than any Premier League club – with the exception of Manchester City, Liverpool and, now, Chelsea – stepping back into the club management environment would take some quite significant adaptation for Southgate.

The immediacy of it all, 365-day-a-year scrutiny of the job, competitive fixtures every week – there are no Bulgarias in the Premier League – and the pastoral care required to keep the entire squad happy.

The thing underpinning Tottenham's success in recent years is their cast-iron belief in doing things their own way. For example, Daniel Levy's refusal to pay his player mega-bucks – at least relative to the rest of the top six – has served Tottenham well. By having a ceiling for pay, Spurs have been financially well-run and cultivated a culture whereby players want to play for the club and veterans looking for a final pay-day know not to darken the doorway.

Right now Southgate's stock is high, but it's built off a single tournament – calling the Nations League a ‘tournament' feels cheap – and it's hard to escape the feeling his CV is not that of a top-six manager. He would be a fad appointment – one which all parties could live to regret.